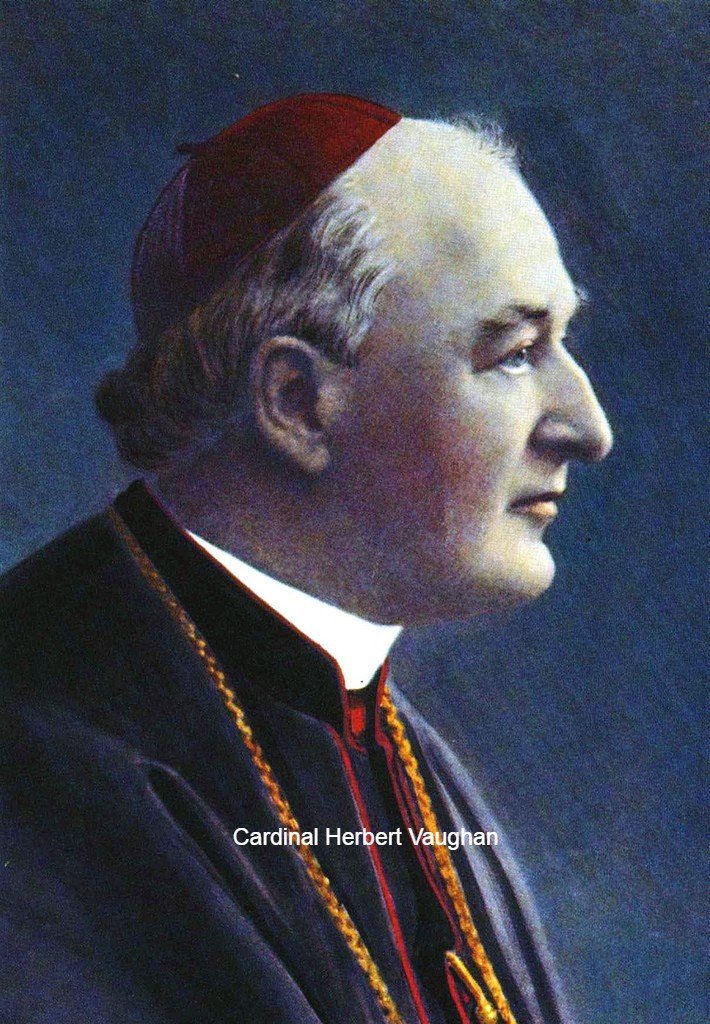 Fr Bernard Vaughan SJ was a younger brother of the founder of the Mill Hill Missionary Society, Cardinal Herbert Vaughan. He was the one who gave the panegyric at the Requiem Mass for his brother at St Joseph’s College Mill Hill on 26th June 1903.


“The preacher, who throughout was visibly affected, and is understood to have spoken with little opportunity for preparation, then told the story of his brother’s life”

FROM THE ARCHIVES OF THE JESUITS IN BRITAIN

Just over 100 years ago, in April 1915, the renowned Jesuit preacher, Fr Bernard Vaughan, spent several days at Farnborough with Lord Kitchener’s new army. At the conclusion of the event, he was given a ride in a military biplane, becoming the first priest to fly in an aircraft. In this blog post, the Jesuits in Britain Archives examine archival material surrounding the event, and the role of aircraft in the First World War.