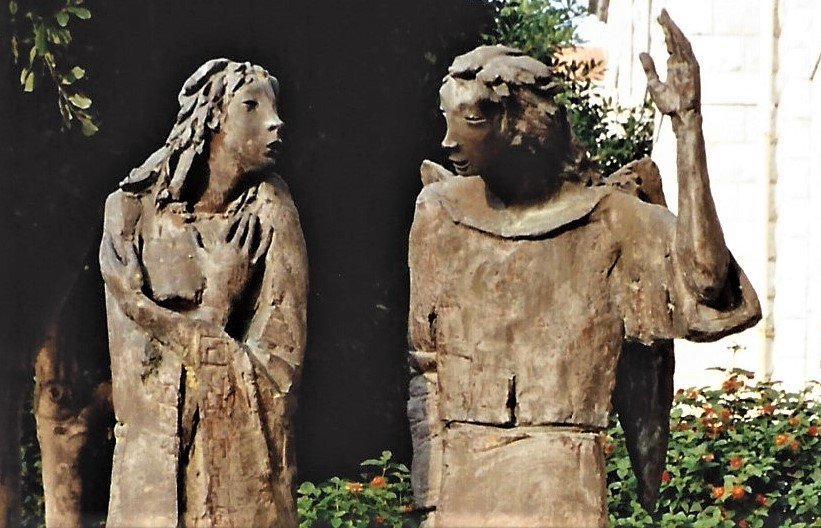 Scholars say that the stories of the birth and infancy of Jesus which are found in Luke’s Gospel were originally written in Aramaic, the language of Jesus and Mary. Tradition has it that many of these stories may have been told to the disciples of Jesus by Mary herself. The Gospel writer also included what struck him as prophetic references to Jesus in Jewish Scriptures.

The messenger from God, named Gabriel, comes with a strange message. Mary’s first reaction is fear. Then the messenger says that Mary has found favour with God and is to be a mother. This perplexes her; how this is to happen as she is a virgin? She is told the Holy Spirit will overshadow her. Finally, Mary agrees to the will of God.