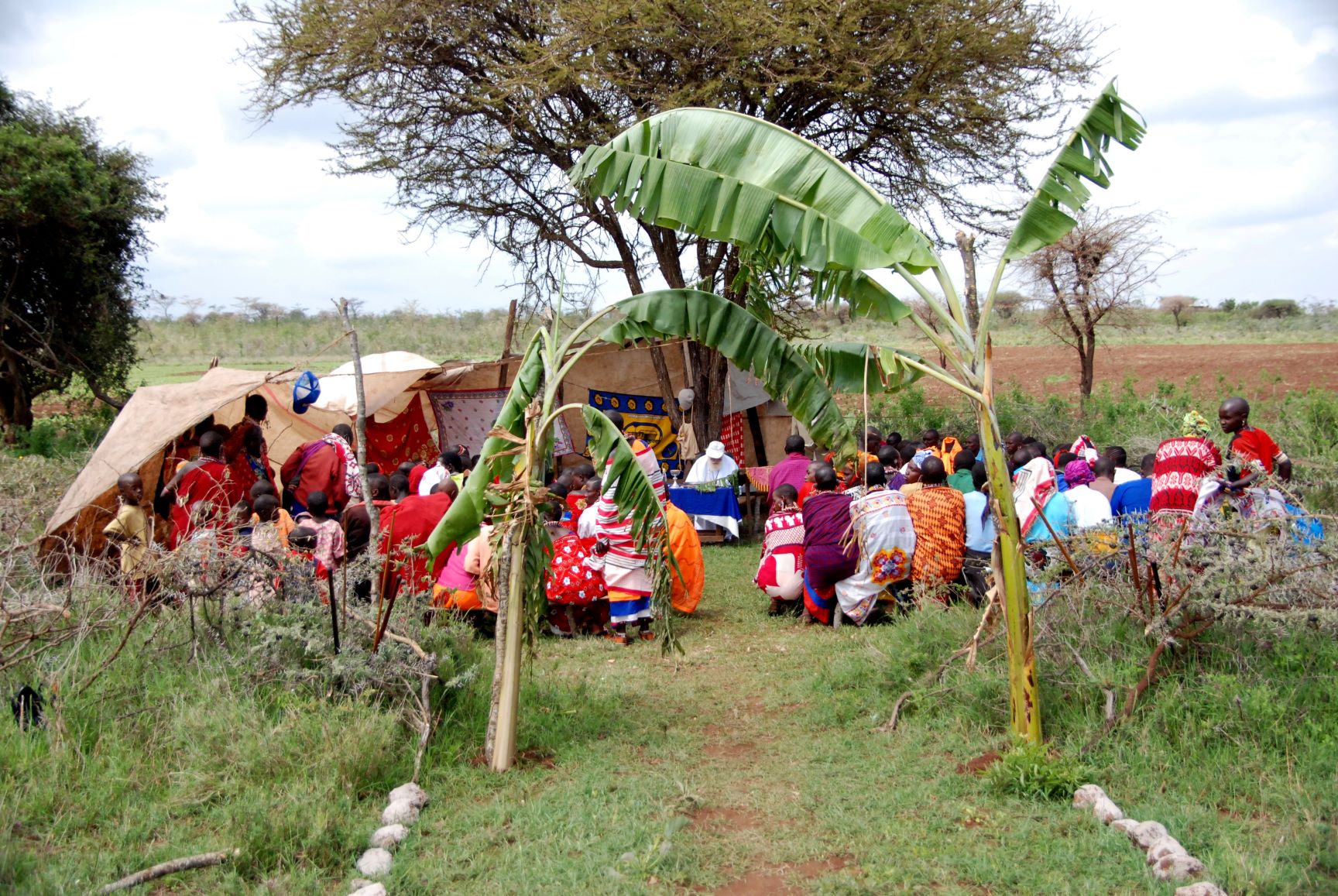 This year Frans Mol MHM will celebrate his 60 years jubilee. Below he recalls a turning point in his understanding of missionary involvement.

The difference has become very clear to me over the past sixty years.

After our ordination we went as priest-missionaries to the Maasai area in Kenya. You were a priest. So you could baptize, hear confessions and say Mass. But soon we were faced with a situation where people did not want to be baptized, where there were no long lines of confessants waiting for you on Saturdays, and where Mass remained largely a private affair between yourself and the catechist with his wife.

From the beginning I found it very strange and unsatisfying to go to a school in an outstation to say Mass. You stood at a shaky table with your face turned to a blank wall while behind your back some ten or twelve Maasai boys went into contortions to be able to see what Father was doing muttering in an unintelligible language, then still Latin, against that bare wall.

Very slowly that discomfort grew. Very slowly it dawned that you were first of all a missionary who first had to start preaching the gospel before the sacramental and pastoral work could begin. We tried to harvest at random where there had been no sowing at all. Starting at the front and not at the back. In English this is aptly expressed in the sequence ‘missionary-priest’, with the emphasis first and foremost on being a missionary. But you were tied down by all kinds of customs and habits. It had always been done that way.

My conversion came on a Christmas day. I had been asked to go on safari to a new outstation where a group of Maasai had shown an interest in the Church. So, I was on the road again very obediently with my Masskit: a small bottle of wine, a bottle with clean reliable drinking water and other necessities. The church was under the shade of a lone large thorntree in the wide plain against the backdrop of Mount  Kilimanjaro, Africa’s highest mountain, like a giant stained glass window. Several Maasai settlements were located nearby. The church bell was a lost rim of a car wheel, tied to that one tree. You would hit that and wait for things to happen. After some time about thirty people had gathered. I had my table neatly ready.

Silence, until someone said: “What ??”

“Today”, I continued courageously, “we celebrate the birth of Jesus”.

Silence, until someone said: “Of whom?”

Then even the reverend celebrant fell silent.

I put my things back in the wooden box and sat down. And then, word for word, I went through the Christmas story of the gospel with those present. I told them everything I knew about Bethlehem, about Mary and Joseph and the baby in the manger, about the shepherds and sheep and the angels. See I bring you good tidings.

So that was it: to proclaim and announce. Despite all the papal encyclicals on pre-evangelisation, primary evangelisation, and preaching, that finally made sense.

That realization enriched me and has brought me many years of great happiness and gratitude.

Finally, in the autumn of my life, I was also allowed to be a pastor for thirteen very beautiful years in a lively and thriving parish in South Limburg, The Netherlands,  where the greatest work was done by a very passionate, competent and dedicated parish council in peace, cooperation and unity.