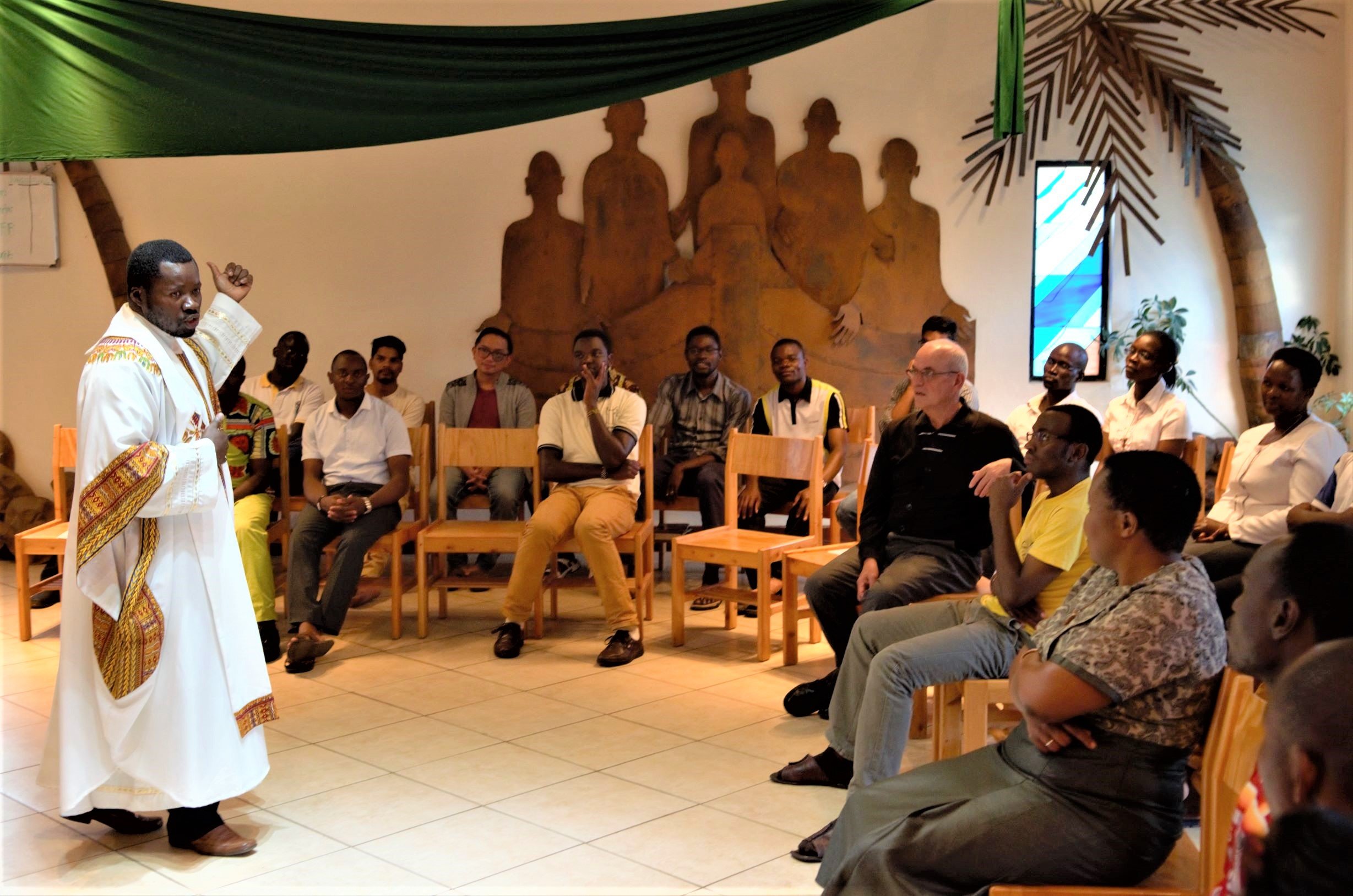 There is a saying that Experience is the best teacher.

When this pandemic started in China I could not really feel the effect until when there was a communication from the government here in Kenya that all schools should be closed. There was some excitement in me since I thought the lockdown was for a few days. Little did I know that it was to last for weeks. After some few days of being confined to the formation house, I started to ponder what the government was saying about COVID-19. Since we stopped going to school and some community activities were suspended, I had to ponder what the COVID- 19 meant in my life.

First, there were many things that I used to take for granted. For instance free movement. It is only during this pandemic that I have realized what the prisoners go through.  During my first year of formation here in Nairobi, I was assigned to Langata Maximum Women’s Prison for weekend pastoral visiting. I used to meet the inmates on Thursdays in the afternoon and  Sundays was for home visiting . The inmates I used to meet were those who were on life sentence.  Whenever, I used to meet them, they would share what happened that they were imprisoned. There were about forty of them (those who used to come for the sharing). Most of them were foreigners.  During most of these sessions, they would share how they were confined to one place although they were allowed to move within the prison courtyard. Besides, the feeling of confinement they would ask question about suffering. They would ask why there is a lot of suffering in the world.  I could empathise with them but I have come to experience myself what confinement means now that we are confined (quarantined) for an unknown period.  Whenever I came back to the formation house after pastoral visits, I would reflect on the degree of suffering I saw in Karamoja during my Missionary Experience Program in Loyoro, Kotido Diocese, Uganda. After a deeper reflection on the experience of suffering, I got the following insight.

First of all suffering is something, which is inevitable in life since no one can escape it. Furthermore, everyone experiences suffering in different degree in life. Thus, everyone is bound to experience suffering. This aspect of suffering has come out clearly to me when I reflected on the pandemic: how both the rich and the poor are all involved.

The second dimension of suffering is the disciplinary aspect. Suffering can be a means by which people can be disciplined. In a way, I can say many of those whom I met at the prison committed crimes, which warranted them to be imprisoned so that they could learn.  However, many people are in prison for no fault of their own. I once encountered someone at the regional prison in Cameroon- Bamenda who was imprisoned for no fault and after spending three years in prison he was found not to be guilty of the crime which he was charged with. He was set free without any charges.

In my life, there are times, I have experienced suffering because of things that I did wrong and I was punished. The punishment was to discipline me not repeat the same action.

Thirdly, I have come to learn that suffering can be a way of testing the genuineness of one’s character and motivation. Besides, suffering brings values in one’s life like perseverance, trust, and hope. This aspect of suffering could be seen in many of the people whom I encountered at Langata Maximum Women’s Prison where they prayed more since they trust and hope in God that one day they will be liberated.

During this period of pandemic I have dedicated a lot of time to prayer and introspection. I strongly trust and hope that God will liberate us from this pandemic despite the anxiety and pains that has been inflicted on many people around the world. The person whom I mentioned above who was found not to be guilty, on one of the Sundays shared with me that he had many opportunities to escape from the prison but he decided to persevere despite all the challenges he was going through. I am very convinced that the suffering, which this pandemic has caused in the world, is temporary. As a result, of this temporary dimension of this pandemic there is a lot of hope in me and probably the same with others.

This pandemic has affected the social dimension of the human person.  Both in Cameroon as well as in Kenya here  the prisoners could share how they were cut off from their friends, loved ones, and family members.  I have felt the effect of this social dimension because every student is encouraged to be isolated from each other. As mentioned above I pray and hope that things will soon get back to normal and I will be able to socialize again with friends and love ones. I enjoyed sharing with friends because from my childhood sharing has always been a source of strength for me. At the beginning of the lockdown, it was very difficult for me to cope with the social distancing but after looking at the common good and my own health, I had to accept and start to practice social distancing. This period of being at home has also given me ample time to reflect more on the meaning of life and to do more introspection about myself. In the course of the introspection and reexamination of my life, I have been able to identify what is basic for my survival and what is not. In conclusion, I can personally say there are many values that experience can offer.