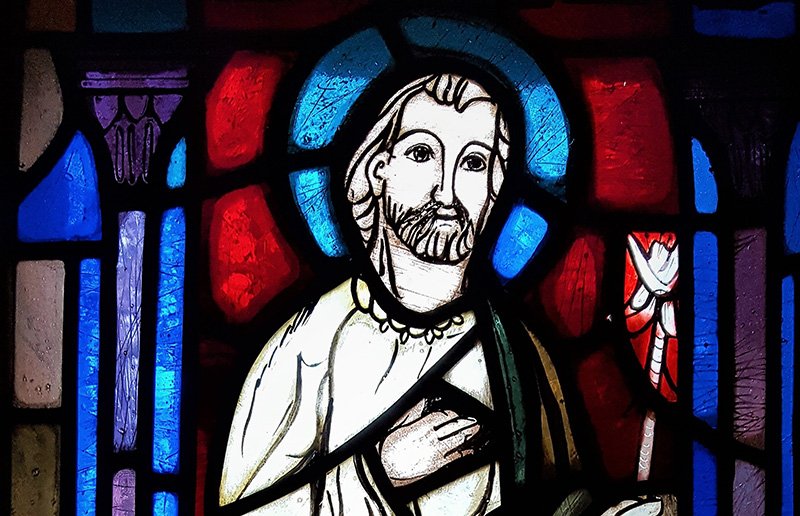 The greatness of Saint Joseph is that he was the spouse of Mary and the father of Jesus. In thisway, he placed himself, in the words of Saint John Chrysostom, “at the service of the entire plan of2

Saint Paul VI pointed out that Joseph concretely expressed his fatherhood “by making his life a sacrificial service to the mystery of the incarnation and its redemptive purpose. He employed his legal authority over the Holy Family to devote himself completely to them in his life and work. He turned his human vocation to domestic love into a superhuman oblation of himself, his heart and all his abilities, a love placed at the service of the Messiah who was growing to maturity in his home”.[8]

Thanks to his role in salvation history, Saint Joseph has always been venerated as a father by the Christian people. This is shown by the countless churches dedicated to him worldwide, the numerous religious Institutes, Confraternities and ecclesial groups inspired by his spirituality and bearing his name, and the many traditional expressions of piety in his honour. Innumerable holymen and women were passionately devoted to him. Among them was Teresa of Avila, who chose him as her advocate and intercessor, had frequent recourse to him and received whatever graces she asked of him. Encouraged by her own experience, Teresa persuaded others to cultivate devotion to Joseph.[9]

Every prayer book contains prayers to Saint Joseph. Special prayers are offered to him each Wednesday and especially during the month of March, which is traditionally dedicated to him.[10]

Popular trust in Saint Joseph is seen in the expression “Go to Joseph”, which evokes the famine in Egypt, when the Egyptians begged Pharaoh for bread. He in turn replied: “Go to Joseph; what he says to you, do” (Gen 41:55). Pharaoh was referring to Joseph the son of Jacob, who was sold into slavery because of the jealousy of his brothers (cf. Gen 37:11-28) and who – according to the biblical account – subsequently became viceroy of Egypt (cf. Gen 41:41-44).

As a descendant of David (cf. Mt 1:16-20), from whose stock Jesus was to spring according to the promise made to David by the prophet Nathan (cf. 2 Sam 7), and as the spouse of Mary of Nazareth, Saint Joseph stands at the crossroads between the Old and New Testaments.