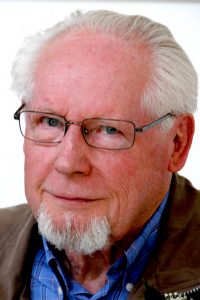 It is with regret that we inform you of the death on Christmas Day 25th December 2018 at 2 pm, in the nursing home ‘Helmerzijde’ in Enschede, The Netherlands, aged 87, of

Gerrit (Gerardus) was born on 21 January 1931 in Hengelo, in the archdiocese of Utrecht. His father, Herman, a gardener, was married to Hermina (née Meyerink). He grew up in a family with two brothers and one sister. In 1950 he joined the Mill Hill formation programme in Oosterbeek as a postulant and took the Temporary Oath on 19 March 1953. He followed a course in electro- and car mechanics and obtained the diploma. On the Feast day of St Joseph, 19 March 1958 he committed himself to life-long service as a Mill Hill Missionary by taking the Perpetual Oath.

No doubt he had hoped to be appointed to one of our missions, but instead he was asked to serve in Oosterbeek. After three years, in July 1961, he received the mission appointment he had hoped for. Gerrit was appointed to Sargodha, in the diocese of Rawalpindi, Pakistan. There he worked for about twenty-five years in the Sargodha Institute of Technology (S.I.T.). He gave all his energy to working as a teacher of electro-mechanics and being in-charge of the boarders. His expertise, commitment and gentle approach made a real impression on the students. After a visitation in 1975 the Superior General wrote in his report about Gerrit: “He has been working in Sargodha Institute of Technology for most of his mission life. He does an extra good job and is an example to all.” Later on, according to a fellow missionary, when Gerrit would visit Rawalpindi many of his former students would call to see him to pay him their respects.

In 1986 he returned to The Netherlands and struggled for a period to find his way. He took part in a renewal course at the Missionary Institute London. For a short time he joined the Missionary Promotion Team in The Netherlands, and eventually moved to his place of birth in Hengelo where he remained for the rest of his life. Through parishes and schools he got involved in various initiatives such as ‘De Wereld Winkel’ (Fair Trade shops) for the weakest in our world.

Gerrit had found new fulfillment in living out his missionary vocation and was “very happy” as he wrote in a letter to the Superior General. On the occasion of his Diamond Jubilee the General Council wrote to him in their Congratulatory letter: “Beyond the application of your many talents, your cheerful and generous disposition, as well as your passion for justice, have been a source of inspiration to all who have come in contact with you over the years.”