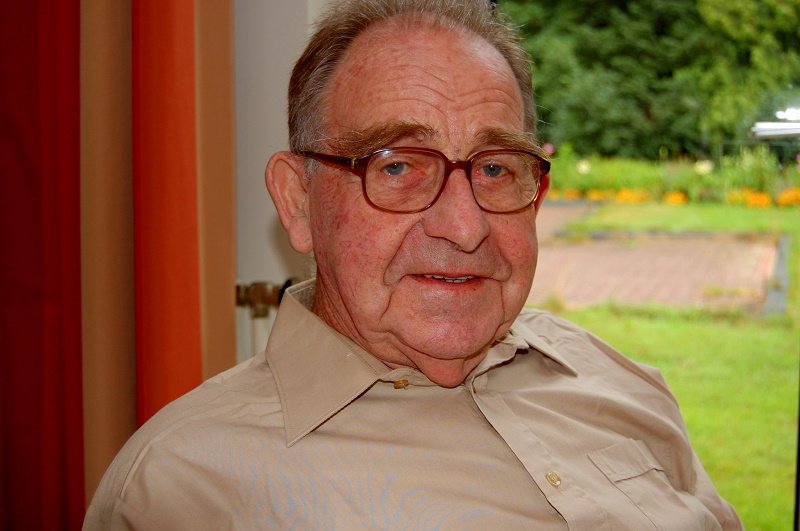 It is with regret that we inform you of the death, at 12:00 hrs. on Monday, 13th February 2017 in Missiehuis Vrijland at Oosterbeek, The Netherlands, aged 87 of

Martijn Snoeren was born on October 8th 1929 to Petrus and Josephina (neé v.d. Dries) Snoeren in Tilburg. He was the third of four boys. His primary education was in Tilburg and, at the same time his older brother, Cees, was studying to become a Mill Hill missionary priest. Because of World War II Martijn was at primary school for eight years and it was here that he first met the Mill Hill Brothers when he used to visit Cees in the minor seminary in Tilburg. It was during this time that Martijn began to realise that this was how he wanted to spend his own life. As part of his missionary preparation Martijn followed a Carpentry and Construction course for two years after secondary school, and also a two year evening course in Masonry. Martijn finished his education and in 1946 entered the Brothers training house, Missiehuis Vrijland. He took his first missionary Oath in 1947 and received the name ‘Benedict’ by which he was to be known for the rest of his life. Benedict, or Ben as he was more commonly called took his Perpetual Oath on 19th March 1954.

Part of Ben’s formation training was spent at Courtfield where he put his practical training to good use. In 1955 he received his mission appointment to a diocese that is now known as Kota Kinabalu but was not able to travel until 1956. His specific destination was Bundu Tuhan and this was reached after 2 months travelling by sea, air, land rover, and the last 40 miles on foot. Although he had no idea of it at the time, he was to spend the next forty-eight years there. Before leaving for the missions he had to undertake training in Tobacco growing and fermentation, and in his luggage when he travelled were many tobacco seeds, but also what was to prove even more important, a great variety of vegetable seeds.

Br Jan Hoekstra arrived in 1959 and he and Ben formed a very successful partnership for the mission. Jan had been a professional vegetable grower before joining Mill Hill, and although Ben had been growing vegetables for mission use, within a few years they decided to grow vegetables, rather than tobacco, as it was healthier. But they also began growing commercially, and with the help of the people around them, it developed into a very successful co-operative. It gave employment and improved the peoples’ health. The project continued independently after Ben left. But vegetables were not the only things Ben ‘grew’. In Ben’s own words: ‘Over the years the mission compound became a built-up place with parish house, church, convent, retreat house, school, children’s home, and even a workshop for repairs and maintenance.’ There was also a hostel for children attending the local school from outlying kampongs. He even supervised building projects in Kota Kinabalu.

In 1994 Ben was made a Knight in the Order of Orange-Nassau in recognition of his great service. There are probably not many MillHillers who celebrate their Silver, Ruby, Golden and Diamond Jubilees in the same Mission. Ben celebrated his Diamond Jubilee on March 19th 2014 a few months before he retired to Missiehuis Vrijland where he was a quiet friendly presence until his death. May he rest in peace.

Ben’s funeral will be celebrated on Saturday 18th February at 11.00 am in Missiehuis Vrijland, after which he will be laid to rest in the cemetery there.