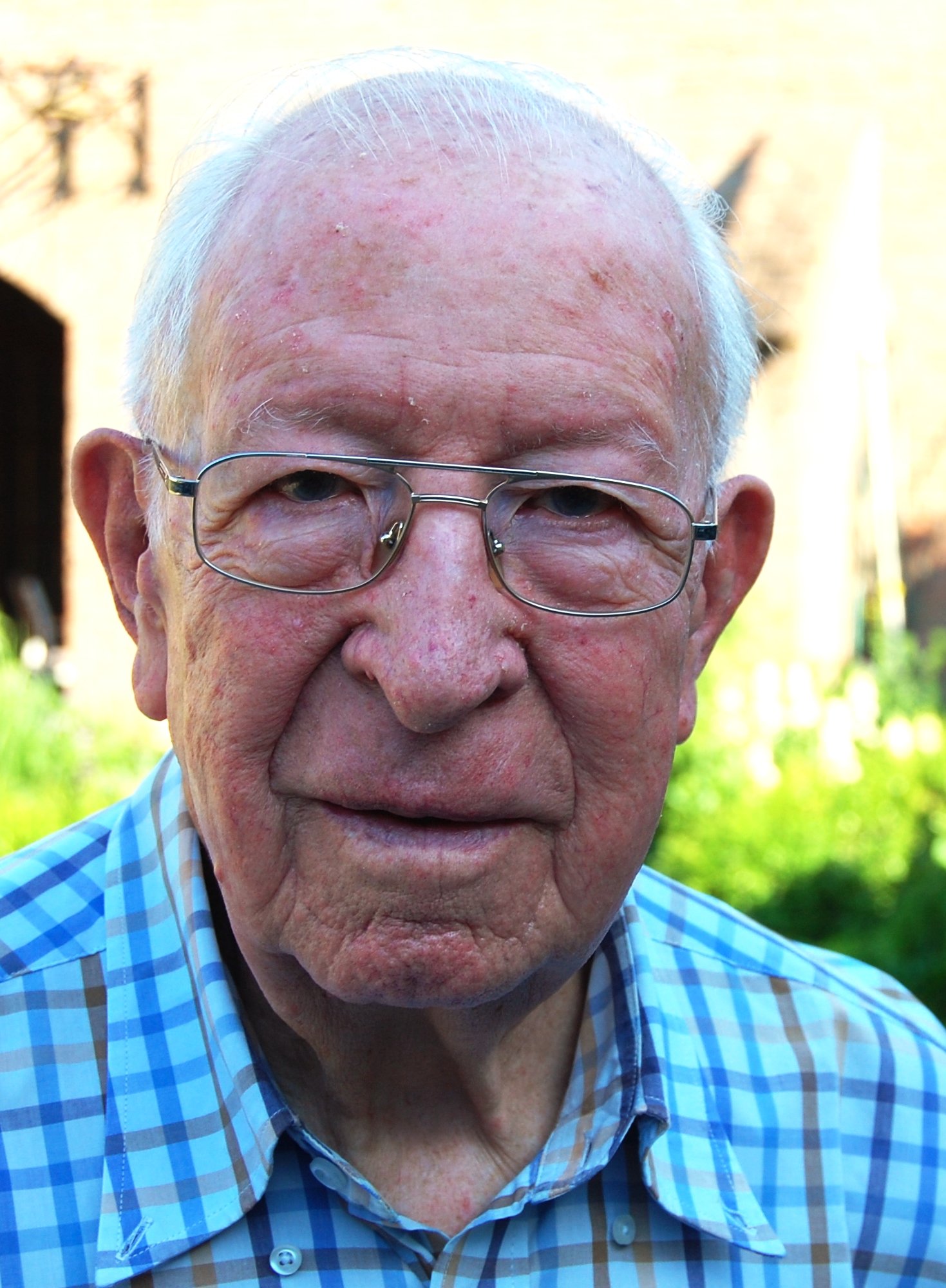 Arie was born on the 23rd of November, 1928 in Driel in the Diocese of Utrecht in the Netherlands. His father was Gerlach Linsen, a blacksmith, and his mother was Henrika Linsen, nee Roelofs. Eventually, Arie had one brother and one sister in his family. Driel is an idyllic and tranquil place. However in the 1940’s, during the second world war this reputation was shattered in one of the worst battles. There is a tribute there, especially to the many Polish and Allied soldiers who gave their lives defending a key bridge. This was portrayed in the film, “A bridge too far”.

Shortly after the war years, Arie left his home to begin preparatory studies for priesthood. First, he studied at our college in Tilburg (1946-1949), then in our college at Haelen (1949-1951). Arie was then promoted to study Philosophy and associated subjects in our college at Roosendaal (1951-1953). Having successfully completed these studies, he was promoted to study Theology at our Motherhouse and College; Saint Joseph’s College, Mill Hill, London (1953-1957). As his preparatory studies drew to a close, Arie took the Perpetual Oath to God in our Missionary Society on the 7th of May, 1956. Just over a year later, in the College Chapel at Mill Hill, London, Arie was Ordained a priest at the hands of Cardinal Godfrey of the Archdiocese of Westminster, London.

Almost immediately after Ordination, Arie received his first missionary appointment; to work in the Diocese of Kisumu in Kenya, East Africa. In his ministry, Arie worked mainly with the Luhya peoples of Western Kenya in parishes such as Shibuye, Butula and Sirimba, where he continues to be fondly remembered. Without changing Tribal Areas, Arie became a priest first in Kisumu Diocese, then in Kakamega Diocese, then finally in the Diocese of Bungoma. That so many parishes and Dioceses were created from Kisumu Diocese is evidence of how the Church has flourished in that beautiful part of His Vineyard, in no small thanks to the dedication of great missionaries such as Arie.

Blessed with a cheerful personality, Arie became known for his genuine and warm hospitality. One was always assured of a welcome in any parish which Arie worked in. He was a passionate and enthusiastic missionary. He was convinced of God’s love for all peoples and his own role in expressing that love through the sharing of the sacraments and the development of the peoples with whom he worked. He was a man who made no fuss, he just got on with the task at hand. One of our previous Superiors General, Fr. Anthony Chantry, wrote to Arie, “Your love of the people and your caring attitude has helped many to grow in their imitation of the Lord. You have built and served a significant number of church communities and successfully tried to serve where the need was greatest. You have generously given your time and energy without holding back.”

As Arie entered his retirement years, he was able to pursue his hobbies of art and gardening, as well as contributing to the life of the community in which he lived. Arie will be laid to rest on Friday the 22nd of April, beginning with the celebration of the Eucharist at 11.00.am. Eternal rest grant unto him, O Lord.