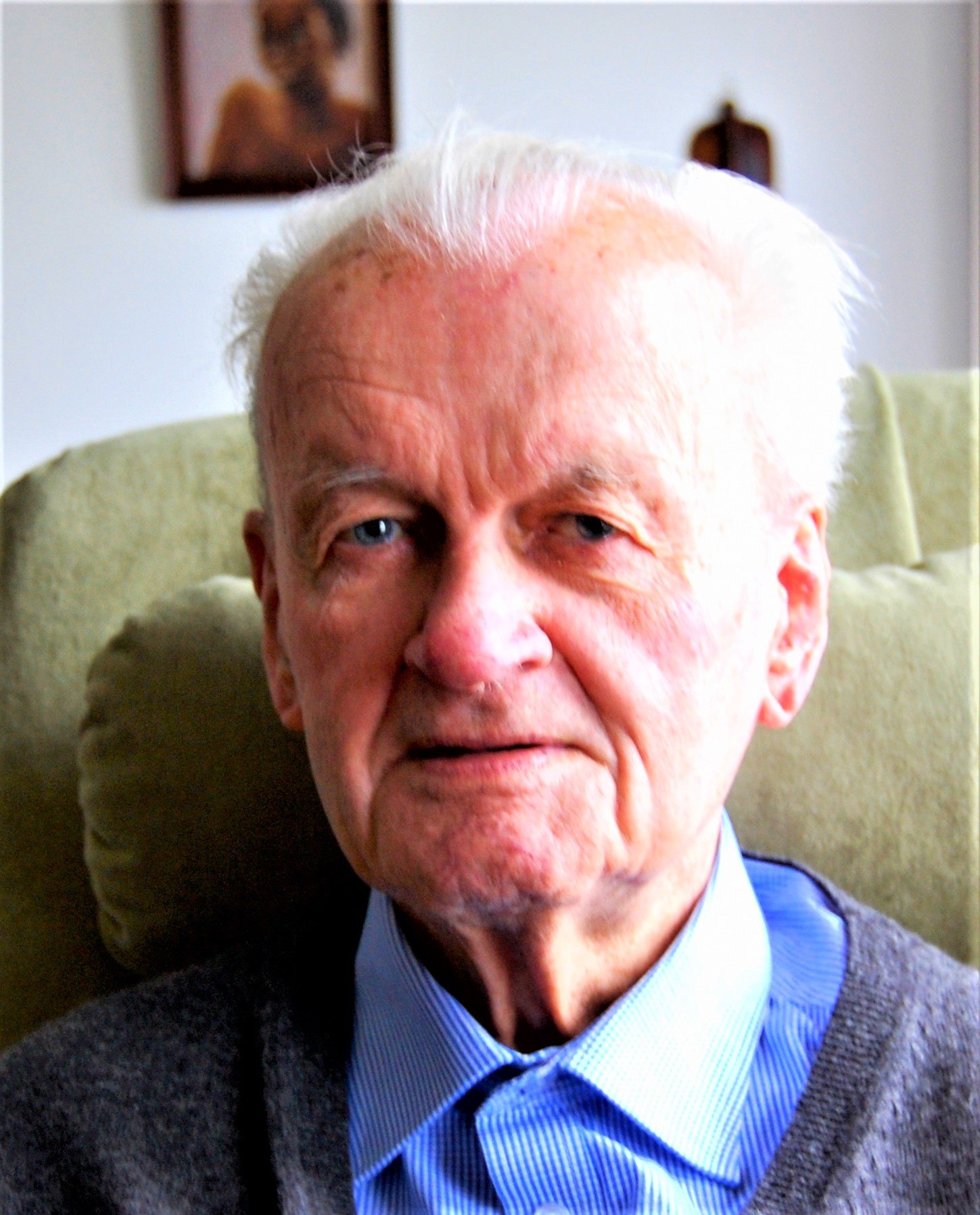 It is with regret that we inform you of the death in the early monring of 17thMay 2020 at Missiehuis Vrijland, Oosterbeek ,The Netherlands, at the age of 90 of

Alphonse, as he was baptised, was born on 9th November 1930 in Ginneken, The Netherlands. His father Adrian, who was a farmer, was married to Celina (née Geerts) Fons had three brothers and two sisters. After secondary school he entered the Mill Hill Society’s formation programme in 1950 and went on to Roosendaal to study Philosophy for two years. He proceeded to St Joseph’s College in Mill Hill, London, to study Theology, and on 6th May 1955 he took the Perpetual Oath and was ordained priest on 8th July 1956 by Mgr. Cravin at St. Joseph’s College, Mill Hill.

Following his ordination Fons’ first appointment was to parish work among the Iteso people in Tororo, Uganda. In 1968 he took part in a thirty days’ retreat in Rome and in 1974 followed a renewal course in Kontakt der Kontinenten in Soesterberg, Netherlands. In that same year he was appointed Society Superior in Tororo. He was expelled from Uganda in 1975 by the regime of President Idi Amin.

In 1976 Fons received an appointment to be on the Vocations Team in The Netherlands, and later that year he also accepted responsibility for the Lay Secretariat of the Society. In 1977 he was appointed back to East Africa; this time to Western Kenya, to work among the Kisii people. In 1985 he was appointed Society Representative in Kisii diocese and the following year he was elected as Society Representative for the whole of Kenya. During his tenure of this position he was also co-ordinator of the pastoral training programme of our students in Kenya. In 1985 he also did a three months’ course in ‘Ecce Homo’ in Jerusalem. In 1988 he was a delegate to the historic General Chapter, which decided to accept candidates from Mill Hill mission areas in Africa and Asia. After his term as Society Representative he returned to Kisii diocese and started a new mission in Etago.

In November 1999 he was appointed to The Netherlands. He went to live with his sister in the area where he was brought up and engaged there in pastoral ministry on a voluntary basis. In 2007 he attended the 65+ Seminar in Rome.

On the occasion of his Ruby Jubilee the Superior General wrote in a letter of congratulations: “I think the description ‘True Pastor’ fits you very well; concern and time for the people, combined with dedication to the Master, who called you in your youth.”  In 2016, Fons retired to the Missiehuis, in Vrijland, where he died this morning at about 6.00.am. May Fons rest in eternal peace. Fons will be buried on Wednesday the 20th of May, 2020.