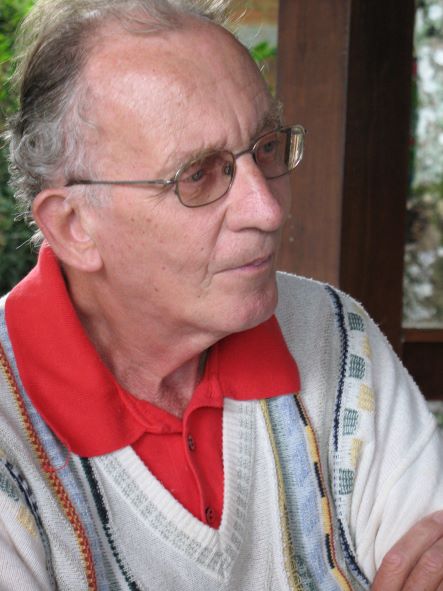 It is with regret that we announce the death in the morning of November 20th, 2021, in Ziekenhuis Rijnstate, Arnhem, The Netherlands, aged 83 of

Dignum Marcus, or Dick Marcus, as he was affectionately known by his fellow Members and Associates in Mill Mill, was born on the 9th of February, 1938 in Zwanenburg in the Diocese of Haarlem in the Netherlands. Eventually, he was joined by three brothers and five sisters, making up a family of eleven, typical of the time.

Dick’s early schooling took place in his local primary school in Zwanenburg. However, feeling called to the missionary priesthood, his secondary education took place first in our College in Hoorn (1950-54), then in Haelen (1954-56). He studied Philosophy and associated subjects in the Missiehuis in Roosendaal (1956-58). Then he proceeded to study Theology and associated subjects at Saint Joseph’s College, Mill Hill, London. As his seminary preparation ended, Dick took the Perpetual Oath in the Chapel of St. Joseph’s College on the 4th of March, 1961. He was then ordained a Mill Hill Priest at the hands of Cardinal Godfrey, also in the Chapel at Mill Hill, on the 8th of July, 1962.

Immediately after Ordination, Dick was appointed to work in Kuching, Sarawak, Malaysia. In 1966 he interrupted his missionary work in Malaysia to follow further studies in Canon Law at the Gregorian University in Rome. In 1968 he achieved a Licentiate in Canon Law. Keen to return to Malaysia, he returned in the same year. Within a short time he had been appointed Chairman of the Liturgical Commission. Due to strict visa regulation, Dick was compelled to leave Malaysia in 1979. In the middle of 1980 he was appointed to be part of the (Mission/Vocation) Promotion Team in his native Holland, based in Roosendaal.

By 1983 Dick was ready for a new, foreign appointment. That same year, he left for the Diocese of Itaguai in Brazil. During an extended Home Leave from Brazil in 1996, Dick followed a Renewal Course at the Institute of Saint Anselm in Margate, England. Shortly thereafter, he returned to Brazil. In November 2000 Dick was elected Society Representative in Brazil for two terms. As fewer and fewer of our Members and Associates were working in Brazil, eventually Dick was withdrawn from that vast, beautiful country in Latin America and appointed to the Dutch Region in 2016 after 33 years of exemplary missionary work. As well as his native Nederlands, Dick also spoke German, Italian, Iban, Malay and Land-Dayak (Malaysia) also Melanau and Portuguese (Brazil). An accomplished musician, Dick published musical scores for the Psalms on CD. He also published various Mass settings in Portuguese, which are still being used today. He had a great interest in building up Basic Christian Community, preparing texts and rites for liturgical and para-liturgical celebrations.

Latterly in his life, Dick succumbed to Parkinsons Disease, but was lovingly cared for in Saint Jozefhuis and in the Missiehuis Vrijland.

Dick will be laid to rest after Requiem Mass at 11.00.am in the Missiehuis Vrijland on Wednesday the 24th of November, 2021. Eternal rest grant unto him, O Lord, and let Perpetual Light shine upon him.