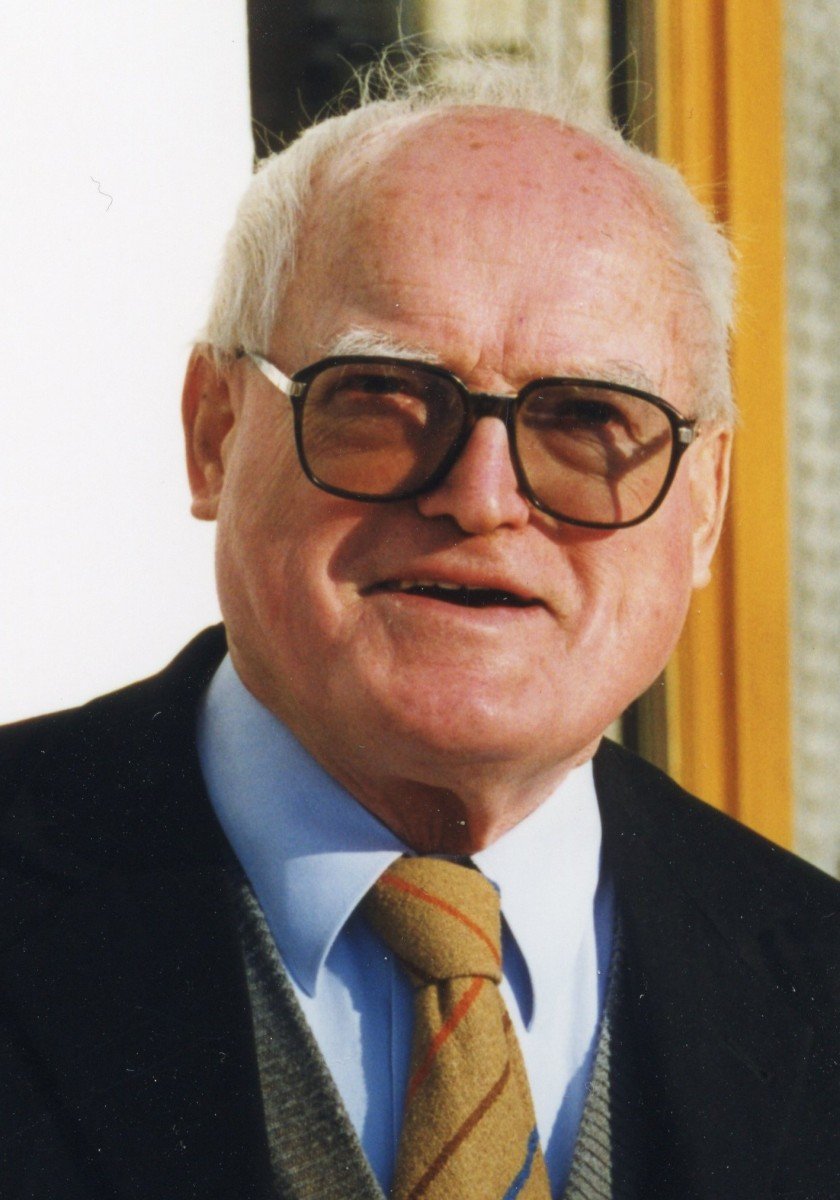 Georg Bauer was born in Gaindorf/Vilsbiburg (Bavaria), son of Joseph and Maria Zehenbauer. He had 5 brothers and 7 sisters. Georg did his secondary studies in the diocesan minor seminary at Straubing near Regensburg and his Philosophy in Brixen. He entered St. Joseph’s College Mill Hill September 1951 to study Theology. Georg took his Perpetual Oath on 5th May 1954 and was ordained to the missionary priesthood on 10th July1955 by Bernard William Cardinal Griffin, Archbishop of Westminster. Georg celebrated the Diamond Jubilee of his ordination in 2015.

As a missionary Georg served on four continents – Asia, Africa, America and Europe. Almost immediately after ordination Georg was appointed to Sabah in North Borneo to the diocese of Jesselton, which is now known as Kota Kinabalu. He was a pastoral priest with a great interest in the catechists. From 1981 to 1983 he worked in the Diocese of St. Louis in the North American Region, but to his great pleasure, in 1983 he returned to the missions, this time to Kenya. For 10 years he worked in the parish of Oriang. With his skill in building added to that of his teaching, he left the parish built up physically as well as spiritually. In 1993 Georg left Kenya to return to the German Speaking Region where he did pastoral work and teaching but in 1994 he returned to Kenya, to the Diocese of Homa Bay. But, not for the first time, ill-health was to intervene and in 1996 he returned to the German Speaking Region where, sadly for Georg, the doctors would not allow him to return to Kenya.

But his missionary life was not finished. For the next 12 years he served the people of Pleiskirchen including the small parishes of Wald and Nonnberg in the diocese of Passau. In 2008 he retired to St. Josefs Missionshaus in Absam. After several visits to the hospital in Hall, Georg was admitted to the `Haus für Senioren´ in Absam in January 2015. He never complained. In the last 3 weeks his health deteriorated rapidly and he died peacefully on 15th June 2016 at 13.00 p.m. Requiem Mass will be celebrated in the Basilica in Absam on Saturday, 18th June at 11.00. May he rest in peace