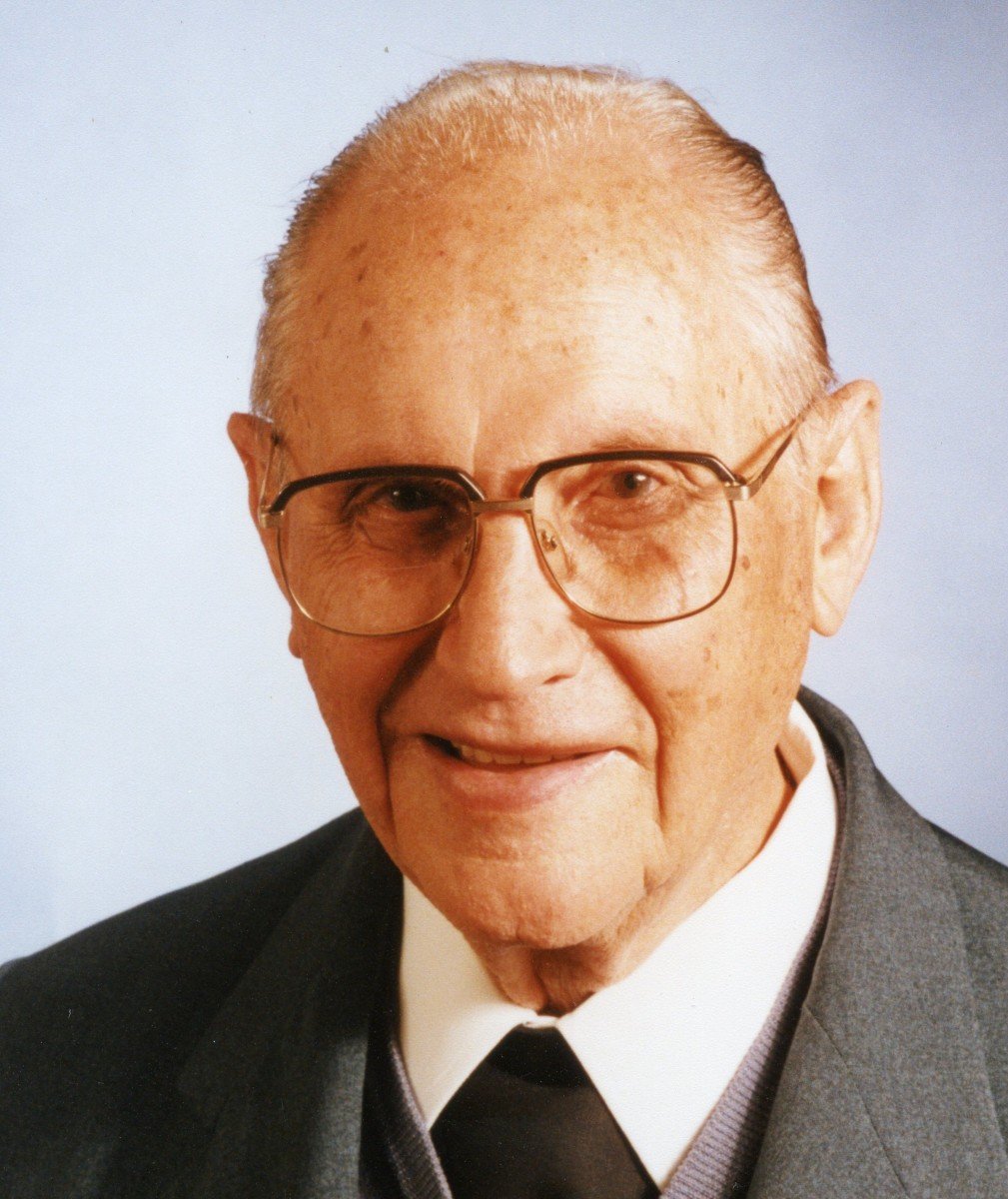 Hermann Plattner was born on 26th January 1923 in Bozen, Südtirol, to Joseph Plattner and Regina (neé Kelser). Joseph was a carpenter. Hermann had one brother and one sister. He did his secondary education in Bozen even though his parents moved to Deutschofen at the beginning of the Second World War.

Hermann studied Philosophy in St. Joseph’s Missionary College, Brixen from 1943-1945. He took his Temporary Oath in March 1944. Then Hermann was recruited into the army as an interpreter for German and Italian and served for one year. He renewed his Temporary Oath in October 1945 when he returned to Brixen to continue his studies, but this time Theology until 1947. Hermann entered St. Joseph’s College, Mill Hill in September 1947 to finish his Theology. He took his Perpetual Oath in 1948 and was ordained to the Missionary Priesthood on 10th July 1949 in Mill Hill by Archbishop David Mathew.

After ordination Hermann’s first appointment, in 1949, was to the Apostolic Prefecture of Sarawak and he served in Sarawak for the whole of his missionary life ‘ad Gentes’. Later in 1949 he was appointed assistant priest in Kanowit. For the next ten years Hermann also served as assistant priest in Kuching, twice, and Seria (Brunei). In 1959 he became Rector in Bintulu where he stayed for ten years. One of Hermann’s great interests, apart from urban rural Mission Work, was priestly training in the Missions and for five years from 1969 he was able to follow his interest as Rector of the seminary in Miri and then, in January 1973, as Rector of the Late Vocations Seminary. He was appointed to Miri as Bursar in 1974 and, in the same year, Society Superior. In 1979 Hermann wrote that he was `much relieved that the responsibility of Society Superior is off my shoulders.’ He had hoped to stay as pastor in Marudi, but in 1979 he began another term as Society Superior where he stayed until 1982. Hermann returned to pastoral work until he left Malaysia in 2000. In 1986 was added the Chaplaincy to the Carmelite sisters, a post he found very fulfilling although not too onerous.

Hermann was made a Member of the Star of Sarawak in 1970, an award which in itself is not major, but perhaps of greater significance was the fact that it was awarded to a European Missionary at a time when the Government was not particularly well-disposed to Christians. Hermann celebrated his Silver, Ruby and Golden Jubilee of priestly ordination in Sarawak, and his Diamond Jubilee in Brixen in 2009. He would have liked to remain in Sarawak and die there among the people he had served for so long but he knew that there was no provision for care of the sick or elderly in Sarawak, so he prepared to retire to the German Speaking Region in 2000 and arranged to visit Rome on his journey so that he could go through the Holy Door for the Jubilee Year Indulgence.

For the last three months of his life he was confined to bed, but showed great gratitude for all the care he received. His Requiem will be celebrated on Thursday, 30th June at 2.30 p.m. and his burial will be in Deutschofen. May he rest in peace.