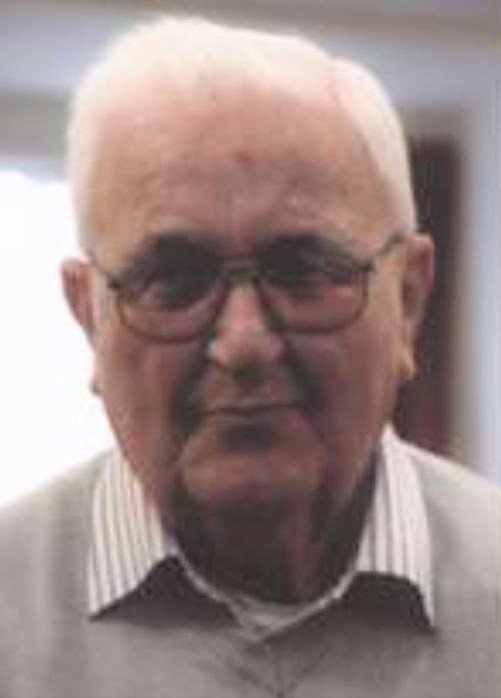 It is with regret that we inform you of the death at 5.10 am on Thursday 9th June 2016 in Queenscourt Hospice, Southport aged 88 of

Joseph (Joe) Gerard Geoghegan was born in Wallasey Cheshire on 17th July 1927 to Joseph Leslie and Teresa (neé Formby) Geoghegan. He had two sisters. He did his secondary education at Freshfield and on leaving school in 1945 he was called up for National Service. In Joe’s case he was sent to the mines for two years as a ‘Bevin Boy’. The ‘Bevin Boys’ were instituted by Ernest Bevin, Minster of Labour and National Service, during the Second World War to replace those miners who had been called up and the scheme continued for a few years after the War. From 1947 to 1948 and again from 1950 to 1951 Joe studied Philosophy at Roosendaal. In the years between his periods in Roosendaal Joe suffered ill health. He studied Theology at Mill Hill from 1951 to 1955. Joe took his Permanent Oath on 5th May 1954 and was ordained to the Missionary Priesthood in Mill Hill by Cardinal Griffin on 10th July 1955. Joe celebrated the Diamond Jubilee of his priesthood in 2015.

In the same year as his ordination Joe went to Kenya where, except for leave and some short periods at home because of ill health, he spent the next 41 years. It was in Kenya, within a few weeks of his arrival that he acquired his nickname Arakajoe, direct translation being ‘Joe the quick one’. It exactly described how he did everything fast! At first Joe moved among a variety of Catholic communities: Rangala, Sega, Nagina, Lwak, Yala, Mbaga and Kericho, in some serving more than once. It was at Koru, however, that he sank deep roots in his 31 years’ service of the people there.

Joe had once written that the Society was founded to serve ‘Ad Gentes’, the Foreign Missions only, and that any work at home was for those not able to follow this directive. So it was with very mixed feelings that Joe left Kenya and returned to the British Region in 1996. But the decision was necessary as Joe had to leave the malarial regions. But, true to his own convictions, he came back to serve for almost 10 years as pastor of St Joseph’s Church, Ansdell in his own home diocese of Lancaster. In 1999 he was diagnosed with Cancer but continued to serve in St Joseph’s until his final retirement to Herbert House, Freshfield in 2005. He had been failing for some time and was admitted to Queenscourt Hospice in Southport on 24th May.

His funeral arrangements will be announced at a later date. May he rest in peace.