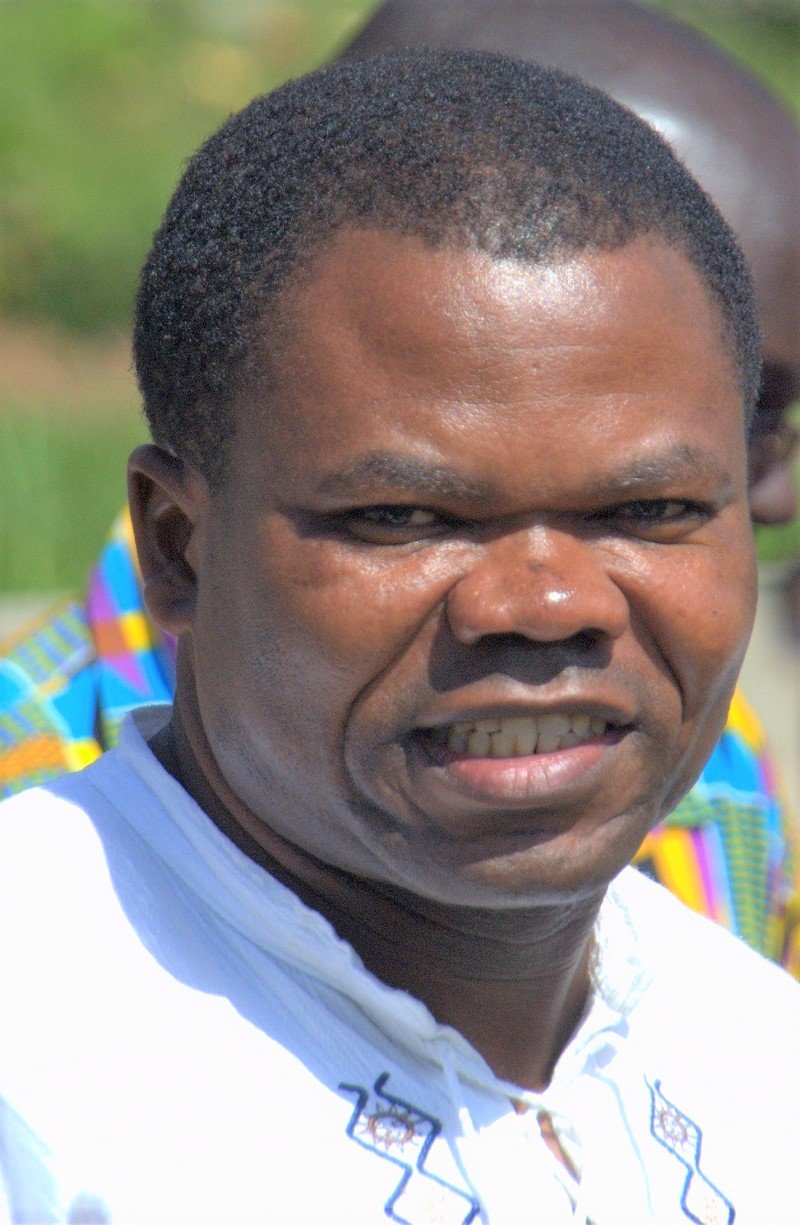 It is with regret that we announce the death on the morning of 27 April at Basankusu, DR Congo , aged 51, of

Otto was born on the third of May, 1969 in the village of Lifengo in Basankusu Diocese in the Democratic Republic of Congo. Otto’s father and mother were, Mpetsi Bonkon’a Lofete Otto and, Baasa Mpos’okala Beatrice. He had three brothers and one sister. Otto was baptised and confirmed in his local Catholic Parish in the Diocese of Basankusu.

Ecole Primaire Djoleke, M.C. Befale was where Otto went through his Primary Education. He then proceeded to secondary studies at C.O. Lifengo, Institute Likong’anguwa. Then he went on to study at the Institut Chrétienne de la Maringa BP 72, Baringa (CAAELU), where he obtained a Diploma in Pédagogie. From 1996 to 1997 Otto followed studies in Development Project Planning and Management.

It was while studying the above that Otto felt called to the missionary priesthood. After a successful application he studied Philosophy at our Formation Centre in Jinja, Uganda, then onwards to Saint Joseph’s College, Mill Hill, London, where he studied theology at the Missionary Institute. Otto interrupted his theology studies to follow two years MEP in Malindi Diocese, Kenya. As he completed his studies, he took the Perpetual Oath to God in the Society on the 8th of December, 2003. His priestly ordination took place in his home Diocese of Basankusu in the DRC on the 26th of August, 2004 at the hands of Bishop Joseph Mokobe Ndjoku in the Diocesan Cathedral of Sts. Peter and Paul.

Barely a month after his ordination, Otto took up his missionary appointment in Malindi, on the eastern coast of Kenya. Four years later, in June 2008, he moved to Mbikko Parish in Uganda. In 2010 he was elected a Delegate to the Chapter of 2010. In the same year he was appointed a Consultor on the East African Regional Council. On the 13th of May, 2013 Otto was appointed Society Representative in Uganda. He followed a sabbatical course in Dublin, Ireland. By August, 2014 Otto took up his next appointment, as Rector of Luanda Formation Centre in Kenya. The following year, he was appointed a Consultor to the Society Representative of the East African Area. In August 2017, Otto was re-appointed Rector of Luanda for a further year. In February, 2018 he was withdrawn from East Africa and appointed to Kinshasa in his home country of the DRC. On the 1st of August, 2019 Otto became the Contact Person for our missionaries in the DRC. On December 2020 he was withdrawn from working in the Archdiocese of Kinshasa and appointed to work in his home Diocese of Basankusu, where he was appointed as parish priest to work in Bokakata Parish. It was from this parish that Otto started to feel unwell on Thursday 23rd of April. He was found to have high malaria and was treated at Bokakata Clinic. With him not recovering, he was transferred to Basankusu Catholic Hospital where they noted that his sugar levels were too high. After tests and treatment he stabilised and our Members, the local Bishop and the medical staff were working on him being transferred to Kinshasa. Sadly, he passed away at around 4.30.am this morning, before this transfer could be made.

In one of Otto’s letters of appointment, the General Superior quoted Pope Saint John Paul II, “May you always know how to exercise authority by accompanying, understanding, helping and loving; by embracing every man and every woman, especially people who feel alone, excluded, barren, and on the existential margins of the human heart.” In his life, Otto tried to live this as a Mill Hill Missionary. The funeral rites for Otto will take place at the Cathedral of Saints Peter and Paul, Basankusu, on the morning of Thursday the 29th of April, 2021. May he rest in peace and rise in glory.