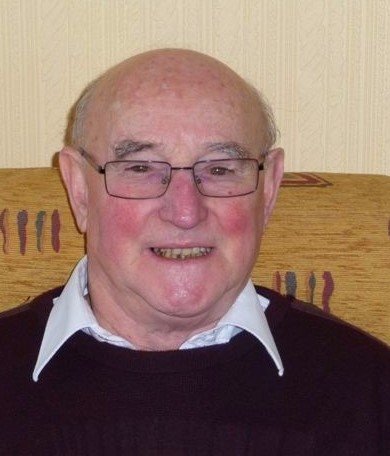 Fr. Robert (Fachtna) Staunton was born in Timoleague, Cork on 21st July 1934 to Denis Staunton and Catherine Collins. His father was a postman. He was from a family of seven brothers and four sisters. He completed his primary education in the local primary school and his secondary at Mill Hill Freshford, Co. Kilkenny. He studied Philosophy in Roosendaal and Theology in Mill Hill, London where he received the Perpetual Oath on 5th May 1960. He was ordained to the priesthood on 9th July 1961 in Mill Hill by Cardinal William Godfrey.

He was appointed to Tororo Diocese where he was engaged in pastoral work and teaching in places like Usuk, Orungo, Kumi, Wera, Bukwa, Kachumbale, Nagongera Seminary and Teso College. In 1972, he followed a one year-course in Education at Strawberry Hill. In 1977, he accepted an appointment to the USA to work in vocation recruitment and mission animation in St. Louis, New York and later in Los Angeles, California. In 1984, he followed a nine-month sabbatical course in Navan, Co Meath which was followed by another course at AMECEA (Gaba) Pastoral Institute, Eldoret which he completed in 1985. This was followed by an appointment to the Diocese of Kisii where he spent most of his time and energy in forming local priests in Rakwaro Seminary. In 1990, he found himself working in Kakamega Diocese particularly in updating the teachers of 185 secondary schools in the diocese.  He found this work very rewarding and enjoyable due to the excellent responses he was getting from the students, teachers and priests of the parishes. At the early hour of 15th May 1999, he had a heart attack and was taken to Mukumu Hospital and later transferred to Aga Khan Hospital in Kisumu due to his serious condition. He fortunately recovered from it. He then followed a renewal course in All Hallows, Dublin after a short home leave in Cork in the summer of 1999. In November 2000, he was appointed from East Africa to the Irish Region where he was busy with parish ministry and mission promotion based in Kilkenny. In November 2011, he retired to St. Joseph’s House, Dublin but continued to be available pastorally like accompanying the Neo-catechumenate group and celebrating Masses with the Sisters of Saint Peter Claver.

He had two hip replacements and recently had trouble with his right leg. But these did not dampen his spirit and willingness to serve. His philosophy in life was “smile and be kind to people”. In one of his letters to his superior, he wrote, “Since the age of ten – or thereabouts – I had the desire to become a priest. Service came from a religious convection that God’s love should be shared by all. I wanted to make people aware of and to share God’s love and care… I have experienced the joy and the fear – the awe – of being God’s instrument. I thank God for His love and caring for me and for others through me.”

In the afternoon of 23rd March 2020, he became unwell and was taken by ambulance to St. James’s Hospital, Dublin. He was confirmed positive for Covid-19 and sadly, he died at 7.25 on the morning of 30th March. The family have decided to have his remains cremated and to bury the ashes in his parents’ grave. Further information will be given in due time. May he rest in peace!