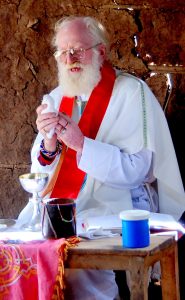 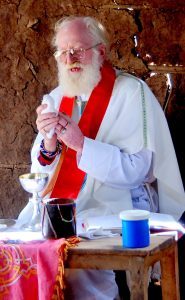 It is with regret that we inform you of the death on Thursday morning, 15th March 2018, in Dublin, Ireland, aged 81, of


Terrence was born on 21 June 1936 at Donnybrook in the Archdiocese of Dublin, Ireland. His father, Michael, who was an auctioneer, was married to Josephine (née Whelan). Terry had two sisters. He grew up in Naas, Co. Kildare and, from 1949 to 1955, did his secondary education in Freshford. He went to Roosendaal, The Netherlands, and studied Philosophy there from 1955 to 1957. From 1957 to 1961 he studied Theology in St Joseph’s College, Mill Hill, London. He took the Perpetual Oath on 5 May 1960 and was ordained priest on 9 July 1961 at Mill Hill by Cardinal Godfrey.

After his ordination Terry was appointed to Kenya to work among the Maasai people in Ngong Diocese. He spent his entire missionary life there; an impressive 49 years. He learnt both Maa – the Maasai language, and Swahili, Kenya’s national language. Due to the nomadic life-style, so characteristic for the Maasai people, Terry chose to invest his energy in being with them, trekking from place to place for pasture for their cattle, very much in the Biblical style of the shepherd in the midst of his flock. On the occasion of his Golden Jubilee the Superior General wrote in his letter to Terry: “You spent your many gifts and energy on developing and appreciating their [Maasai] culture, language and spiritual life with the intention of helping them to recognise Christ already in their midst.”

In 2010 it was time to retire, and Terry was appointed to St Joseph’s House, Rathgar, Dublin. He took to retirement very graciously. Once he was settled he enjoyed his own space in his room. He walked the grounds and went on occasions to the local park.He loved to dress wearing his Maasai beads.As his physical health continued to decline he went to stay in Orwell House Nursing Home in April 2014, where he received the care he needed. His gentle manner, sense of humour, big smile and non-complaining ways endeared him to the staff. On Friday May 13th 2016 he appeared in a front page photograph of one of the main papers in Ireland with the title “Chilled out: Enjoying the Dublin sun with ice cream cones” as he sat in the garden of Orwell House Nursing Home with his straw hat on together with two 95-year-old ladies enjoying an ice cream.

In January of this year Terry was hospitalised with pneumonia and flu. He pulled through, but was never quite the same afterwards. On Monday 11 March he received the sacrament of the sick.The decline which had set in continued and on Thursday 15 March he died early in the morning.

The body of Fr Terry will be received at St. Joseph’s House, Rathgar, on Monday 19th March at 4.00 pm for prayers and repose. The funeral Mass will take place the next day, 20th March, at 12.00 noon followed by burial at Bohernabreena Cemetery.