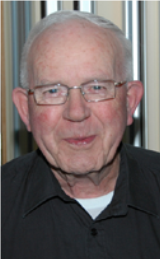 Tom was born on 10th of June, 1924 at Lisduff, Virginia, Ireland, in the diocese of Kilmore. His father, Thomas, was a mason, married to Elizabeth (née Hetherton). He had one brother and six sisters. Tom did his secondary education from 1940 to 1945 in our college in Freshford, where he left with an Honours Certificate. In 1945 he came to England and studied Philosophy in ‘Burn Hall’, Durham. With the Second World War now over he advanced to Roosendaal, The Netherlands, for one year, to complete his Philosophy studies. From 1947 to 1951 Tom studied Theology at St Joseph’s College, Mill Hill, London.

On the 3rd of May 1950 Tom committed himself through the Perpetual Oath and on the 8th of July 1951 was ordained priest in the Chapel of Saint Joseph’s College, Mill Hill, London by Archbishop Mayer.

Tom’s first appointment was to do further studies at the University of Cork, from 1951 to 1955, qualifying BA and achieving too a Higher Diploma in Education.

The next appointments received by Tom led him to teach in Freshfield, England (1955-1958), then Freshford, Ireland (1958-1962). Late in 1962, Tom was appointed to Miri, Malaysia, where he stayed until 1973, when he moved to the Sultanate of Brunei. After five years there, Tom returned to work in Miri until 1983, when he was due for home leave. During this home leave he followed a renewal course at Hawkstone Hall with the Redemptorists. In 1984 Tom was appointed to do “Promotion” work in his native Ireland, this time based at Dartry, Dublin. Tom’s final appointment came in 1986, when he was appointed to Islamabad, Pakistan. This was to be his final appointment abroad.

After enjoying his home leave in Ireland in 1988, Tom became Chaplain to the Irish Sisters of Charity community at Bray, County Wicklow. In 1992, Tom was appointed to the Mill Hill house in Kilkenny. From 1993 until 1998 Tom was Chaplain to the Cancer Hospital on Northbrook Road in Dublin. After this very particular ministry Tom returned to Kilkenny for three years, until he retired to Dublin in 2001. Sadly, by 2012 Tom had to be moved from retirement in Dartry to a Care Home in Trim

On the occasion of Tom’s Ruby Jubilee in 1991, the then General Superior, Fr. Maurice McGill, wrote, “Tom, I thank you for the missionary service you have given for the past forty years on the home front and in Miri and Pakistan, with dedication and prayerfulness. You have helped many on their journey of faith.” Such a compliment sums up beautifully the long and dedicated life of an exemplary Mill Hill Missionary. Tom’s requiem will be at St. Joseph’s House, Dartry over Friday the 13th at 3.00.pm and Saturday the 14th at Midday. Burial to follow at Bohernabreena Cemetery.