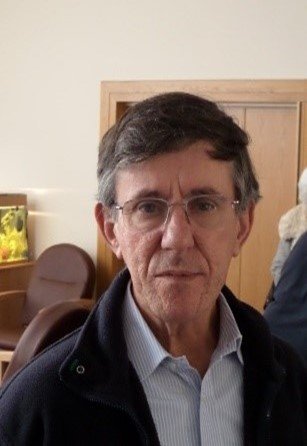 It is with regret that we inform you of the death on the 7th day of May, 2022 in The Liverpool Royal Hospital, Liverpool aged 73, of

Tom, as we knew him affectionately in Mill Hill circles, was born on the 21st of May, 1948 in Glasgow, Scotland. His parents were John Edward O’Brien, a shop-keeper, and his mother Mary, known as Molly O’Brien, nee O’Donnell. Tom had one brother and one sister. He was baptised in Holy Cross Parish on the South side of Glasgow on the 6th of June, 1948.

At a young age, Tom felt called to the missionary priesthood. Responding to that call, he attended St. Joseph’s College, Lochwinnoch from 1960 to 1964. He was then promoted to St. Peter’s College in Freshfield, Liverpool from 1964 to 1966. Once his formal Secondary Education was complete, Tom proceeded to study Philosophy and associated subjects in Roosendaal, the Netherlands from 1966 to 1968. At this point, Tom decided to take some time out of seminary studies. He worked for a time in an office in London, and also for a time in a Geriatric Hospital in his native Glasgow. By 1970, Tom was studying for a Bachelor of Divinity Degree at London University. He then decided to return to studies with the Mill Hill Missionaries at Saint Joseph’s College, Mill Hill, London. He continued his studies at the University of London and graduated BD in 1974. As his studies for priesthood came to completion, Tom took the Perpetual Oath to God in our missionary Society on the 1st of May, 1973, in the College Chapel. Just over a year later, Tom was ordained a Mill Hill Missionary Priest in his “Home” Parish of Saint Bartholomew in Castlemilk, Glasgow, at the hands of Archbishop Thomas Winning.

Being blessed with an excellent intellect, not unsurprisingly, Tom’s first appointment was to Further Studies at the Gregorian University in Rome, Italy. He graduated with a Licentiate in Philosophy in 1976. After graduation, Tom received his first “Missionary” appointment to teach in Hyderabad Regional Seminary in India. Sadly, this appointment had to be changed. While awaiting a visa to enter India, he promoted vocations in the British Region. In 1977, Tom was appointed to work in Kurnool, India. By 1980 he was appointed as a lecturer in Philosophy at the Indian Missionary Society seminary in Varanasi. In 1988, Tom was elected Society Representative for our community in India, and in the same year was elected a Delegate to the General Chapter of 1988. A year later, in 1989, Tom was transferred to look after a large hostel for street children in Hyderabad, and also served as a pioneer setting up a Mill Hill Formation House in the same city. By 1996, Tom felt in need of a sabbatical, as well as some home leave, which were granted. Towards the end of 1996, he was withdrawn from India and appointed to work in the British Region. He worked initially in Saint Joseph’s House, Cardonald, Glasgow. In October, 1998, Tom was appointed to Mill Hill, London as Society Archivist. At this time too, he took over the “MilCom” office after the death of Fr. Terry O’Farrell MHM. In 2002, he was appointed Vice-Rector of St. Joseph’s College, Mill Hill, as well as being responsible for “Society Communications”. Both appointments were renewed after three years. In March, 2006, as Saint Joseph’s College was closing, Tom accepted an appointment as Chaplain to St. Mary’s Abbey Lodge. At the beginning of 2009, Tom was again appointed Society Archivist, this time based in Herbert House Heritage Centre in Freshfield, Liverpool. In 2011 Tom was appointed Vice-Rector of Herbert House, our retirement home. He did this job, as well as continuing as the Society Archivist, also based in Liverpool, a job he loved and did so well.

In recent months Tom was diagnosed as suffering with lung cancer, which he faced with great courage and faith. He received excellent care and treatment from the local surgery in Freshfield and the local hospitals and their staffs, as well as tremendous support from the Care Staff, residents and colleagues in Herbert House. Sadly, Tom succumbed to this terrible illness earlier today. Eternal rest grant unto him, O Lord, and let Perpetual Light shine upon him.