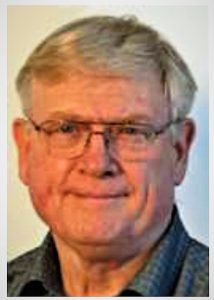 It is with regret that we inform you of the death on Sunday, 4 February 2018, in Herbert House, Freshfield , aged 78, 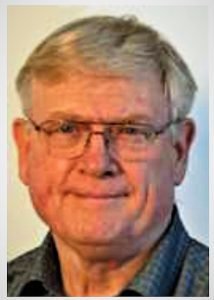 Francis was born in Coventry in Birmingham Diocese on 4 July 1939. His father William Leonard Thompson, who was an insurance agent, and his wife Mary Winifred (née Smith), had five sons of their own as well as three foster children. Two of Frank’s brothers died in infancy. Francis did his secondary education from 1950 to 1957 in Freshfield and from 1957 to 1959 in Burn Hall. He then went to study Philosophy from 1959 to 1961 in Roosendaal, The Netherlands. This was followed by four years at St Joseph’s College, Mill Hill, London, for the study of Theology. Francis took the Perpetual Oath on 1 May 1964 and was ordained at Mill Hill, London on 10 July 1965, just a few months before the Second Vatican Council concluded, by Cardinal Heenan.

Frank was appointed to Kisumu, Kenya, where he served for three years in Kibuye Mission. He was then transferred to Port Victoria where he worked for two years. In 1970 Frank accepted an appointment to do vocations work and organising work for the APF in the South of England. In his response to the Superior General’s letter he expressed reluctance to leave his mission in Kenya where he had felt very happy, but also his intention to do his very best in the new assignment. Francis was re-appointed to work in Kenya for just a year in 1974 during which he served in Kibabi Mission and in Port Victoria. Frank injured his back while in Kenya, and suffered from the sequels of the accident throughout his life.

The year 1975 saw Frank’s return to the work as organiser for APF/Mill Hill in the South of England in the dioceses of Westminster, Portsmouth, Plymouth, Clifton and Cardiff, while living with a family in Hemel Hempstead. He remained there for forty-one years until his retirement. He developed his own approach to the work and started a number of mission animation groups. Apart from organising work Frank was also engaged in other ministries among which were his work with the Knights of St Columba as well as supply work he did in the parish where he lived and in the surrounding area. He also loved the work he did for many years as a volunteer with the Samaritans as a listener and as a trainer, and twice he was its Branch Director. He was also a keen photographer.

Frank retired to Herbert House in 2016. He was suffering from Parkinson’s disease, which severely compromised his mobility and dexterity as well as his ability to speak audibly. A few weeks ago he developed a serious chest infection, then seemed to recover to some degree, but when he deteriorated again the doctor referred him to Southport hospital where his foster brother came to visit him. He returned to Herbert House on Friday and passed away peacefully early this morning. May he rest in peace.

The Funeral Mass for Fr Frank Thompson R.I.P. will take place on Saturday 10thFebruary at 11.00 am in the Chapel of Herbert House, followed by burial in the Society graveyard nearby. Frank’s body will be received at Herbert House on Friday 9thFebruary at 4.30 pm.