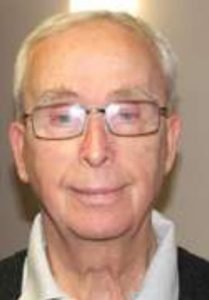 It is with regret that we inform you of the death on Saturday 4th November 2017 in Freshfield, aged 93, of 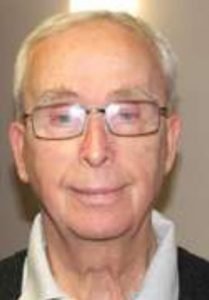 John McClorey was born on 18th March 1924 at Airdrie in the Archdiocese of Glasgow, Scotland. His parents Hugh Patrick, who was a bootmaker, and Bridget (née Higgins), had a family of three sons and three daughters. John began his secondary education in 1936 in Lochwinnoch and obtained his higher school certificate in 1943 in St Peter’s College, Freshfield. This being the time of the Second World War, he went to Burn Hall near Durham for two years to study philosophy. From 1945 until 1949 he studied theology at Mill Hill, London. He took the Perpetual Oath on 29th May 1948 and was ordained priest on 10th July 1949 in the chapel of St Joseph’s College Mill Hill, by the apostolic delegate, Archbishop Mathews.

John’s first appointment was to further studies at Durham University where he obtained a BA degree in 1952 in classical languages, geography and ancient and modern history. This was followed by a Teacher’s Certificate at Jordanhill Teachers College. He served as a teacher in our College at Lochwinnoch from 1953 to 1959 after which he taught at Burn Hall for a year and subsequently at St Peter’s, Freshfield, for another year. 1961 saw him appointed to the mission in Malaysia where he worked until 1991 with an interruption from 1967 to 1970, during which time he worked in Lochwinnoch on organising and vocations-work for a year, followed by a year in Glasgow as rector and organising secretary, and again a year in Lochwinnoch, as National Vocation Director for Scotland. Most of his time in Malaysia he worked in Miri vicariate, which in 1978 became Miri Diocese. He could manage speaking in Malay and learnt a bit of the Iban language. In 1984, Brunei, which came under Miri vicariate, had gained independence and John was forced to leave the overwhelmingly Muslim country in February 1991. He was then appointed to Perth in Australia, where he worked from 1992 to 1993 in which year he came on home-leave. He received an appointment to pastoral work in Kilwinning, Galloway Diocese in 1995, but was appointed to strengthen the Formators Team in Hyderabad, India only a year later, in 1996. Again John gave of his very best. This time his teaching benefitted the young men aspiring to the missionary priesthood. John was withdrawn from India in 2001 and appointed to the British Region, where he retired to Herbert house, Freshfield.

The best years of John’s missionary life were no doubt spent in the Malaysia. A report of the General Councillor who visited him wrote in his report: “Joe is a school professional, very dedicated to his work and stays up to all hours of the night.” The General Superior expressed much appreciation for John in a letter written in 1985 as “the last Mill Hill man on Brunei soil”, where John was head of St Michael’s School in the town of Seria.

John had been losing strength in the past months and passed away at 11.35 pm on Saturday 4th November. His body will be received at Herbert House on Sunday 12th November at 4.30 pm, and the Funeral Mass will take place on Monday 13th November, followed by burial in our cemetery there.