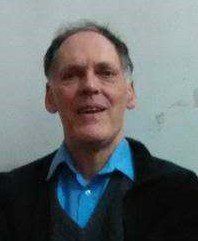 It is with regret that we inform you of the death on Saturday 23 March 2019 at about 19.15 local time in a road accident about two kilometres away from his parish in Bethanie, Rustenburg Diocese, South Africa. He was 69 years old

John was born on 4 August 1949 at Eastbourne on the South coast of England. His father, William Adrian, a chartered accountant, was married to Helen (née Salmond). John had two sisters. He did his higher secondary education at the well-known Ampleforth College run by the Benedictines. He completed his schooling in 1968. From there he went to St. Joseph’s College, Mill Hill, London, where he studied Philosophy as well as Theology. He took the Perpetual Oath at Mill Hill on 4 May 1974 and was ordained priest in Seaford on 15 June 1975 by Bishop Michael Bowen.

In that same year John was appointed to Kisii, Western Kenya, and worked there for almost thirty years. His service included teaching and pastoral ministry as well as being Vocation Director. He started a Catechetical Formation Centre at Kadongo, Oriang in the Diocese of Homa Bay. John was extra-ordinarily tall and for that reason was sometimes called the ‘high priest’.

In 2005 he was withdrawn from Kenya and appointed to Rustenburg in South Africa where he learnt the local Tswana language. He worked there in a variety of ways and especially in the training of catechists and the formation of lay leaders. He was also consultor to the Society Representative. In 2017 he followed a sabbatical course at the Tantur Ecumenical Institute in Israel and spent another part of that sabbatical in China. John returned to Rustenburg and was appointed to Bethanie parish. Here he also got involved in an apostolate to prisoners.

On Saturday 23 March he was driving back to the parish from one of the outstations where he had gone for pastoral work. On the way he picked up Mill Hill student Elvis Chamboli from another outstation. As they were driving, a car from behind overtook them. The driver miscalculated the speed of the on-coming vehicle and, trying to get back, the car turned around to face the direction in which John and Elvis were traveling. This led to a fatal collision. Elvis escaped with a broken arm and some internal injuries. The accident happened about two kilometres from Bethanie Parish.

A Memorial service will be held in St. Alphonsus, Bethanie on Thursday 4 April at 3.00 pm.

There will be opportunity for viewing of the body at Bethanie on Friday 5 April. The body will then be transferred to Joseph’s Parish in Phokeng where the body can still be viewed. The funeral Mass will take place on Saturday 6 April at 10.00 am at St. Joseph’s Parish, Phokeng, Rustenburg, followed by the burial there.