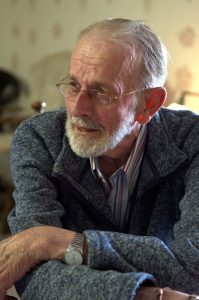 Mill Hill Missionary
May he rest in peace

Cornelis (Kees) Jacobus Joseph Groenewoud was born on 19th July 1943 in Hoogwoud, North Holland. His parents Theodore and Godefrida (neé Keijzer) Groenewoud had a large family of seven girls and four boys. Theodore was a carpenter. Kees was educated at Hoorn and Tilburg. In 1964 Kees went to Roosendaal to study Philosophy and in 1966 he entered St Joseph’s College Mill Hill to start his Theology training. He took his Perpetual Oath on 1st May 1969 and on 11th July 1970 was ordained to the missionary priesthood in the parish church of St John, Hoogwoud by Petrus Malachias van Diepen, OSA, Bishop of Manokwari, Indonesia.

Directly after ordination Kees was appointed to Jinja Diocese, Uganda. Apart from five years when he worked with the Mission Promotion Team in Roosendaal, Kees was to spend the rest of his ministry in Uganda until he was appointed back to the Dutch Region in 2007. He had an affinity with the youth and served as Diocesan Youth officer for a great part of his time in Uganda, both as Youth Chaplain at the student centre and in the Youth Apostolate in Jinja Town.

Together with many other Mill Hill Missionaries he remained in Uganda during the difficult Amin years, showing solidarity with the people, suffering the same deprivations. One other suffering that Kees had was that as a result of a boating accident, three young people lost their lives. With his affinity for the young this was particularly painful for him.

In 2007, when his health was failing, and not helped by the diabetes he had developed, Kees returned to the Dutch Region. He was able to live and engage himself pastorally in his home area of Spanbroek, where he was surrounded by his siblings. This helped him to come to terms with his loss of Uganda, though, as his conversations showed over the years, he never forgot his beloved country of mission. In his latter years Kees moved to a residential home in Spanbroek, where he could be well-cared for, up until the day of his death on Friday 20th October.

The funeral for Kees will take place on Thursday, 26th October in the Church of St John the Baptist, in Hoogwoud, followed by burial in the cemetery there.