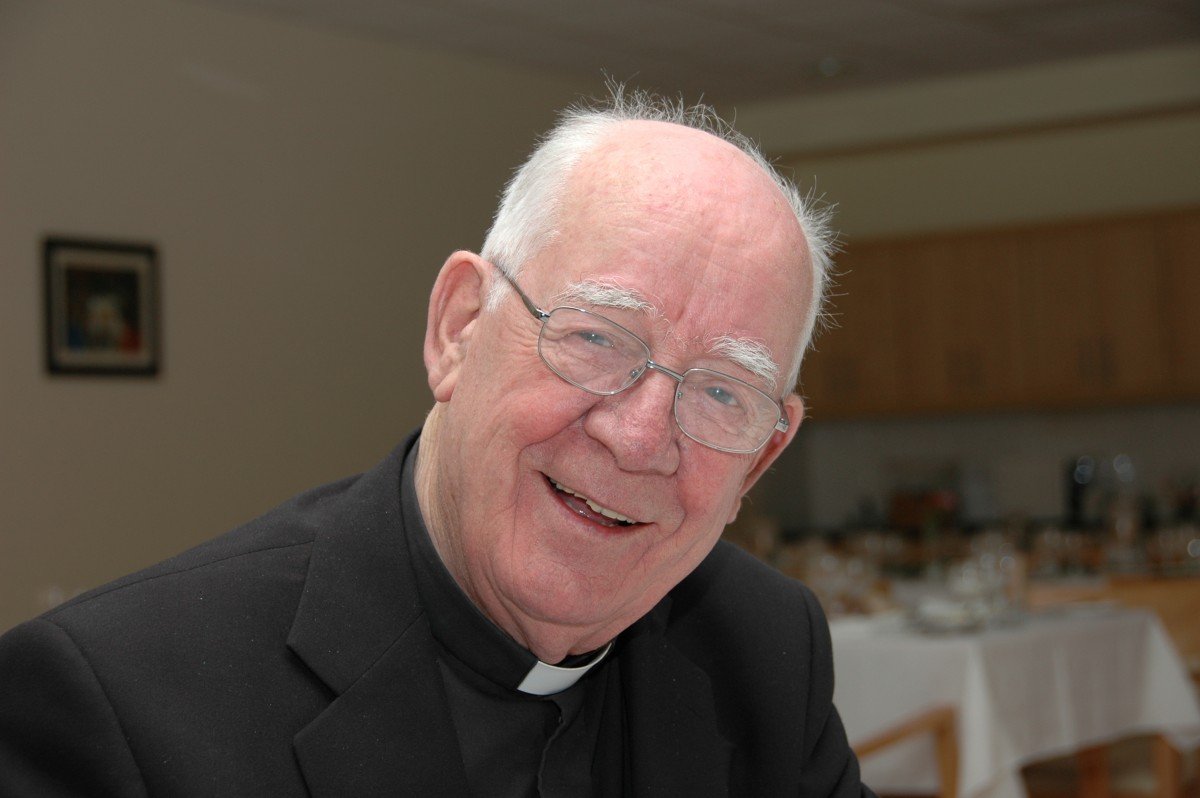 In December 1965 Ray Hogan wrote to Fr Gerard Mahon, the then General of the Society, ‘It is only fitting, I think, that I should write to you on arrival at my new home in Beaufort (Sabah) and let you know how pleased I am to have merited the right to be and to be called a Missionary – at last.’ The desire of being a Missionary runs through all his correspondence and it was with great sadness that in 1970, while at home on leave with his family, Ray learned that owing to the political and religious situation in Malaysia at the time he would be unable to return to his mission.

Ray was born in Tirnascragh, Co Galway on 16th January 1926, to William (a farmer) and Mary (neé Purcell) Hogan, one of a family of 3 boys. After Secondary school studies at Freshford from 1940-1946 Ray went to Roosendaal to study Philosophy and then from 1948-1952 Theology at Mill Hill. He took his Perpetual Oath in 1951 and was ordained to the priesthood in Mill Hill on 13th July 1952. Immediately after ordination Ray went to the University of Cork. He graduated from there in 1956 with a BA Honours Degree in History, Economics and Latin and a Higher Diploma in Education. After teaching at Lochwinnoch and Freshford Ray received his long awaited appointment to Malaysia – to Kota Kinabalu diocese where he was involved in pastoral work and in the school. In order to teach he first needed to provide information about his teaching experience and he was advised to obtain from the General Superior a ‘very official document, signed and sealed with all the appropriate official stamps giving (his) teaching experience in detail’ to quote from a letter that has already been mentioned.

Ray’s manner of having to leave Sabah was traumatic and it was felt that he should have a transition period before another Mission placement and he was appointed Rector in Dartry Formation House, Dublin. In 1975 Ray spent a year at Portalington and obtained a Diploma in Sacred Liturgy and then returned to the Missions, this time to Ngong diocese with the Maasai people in Kenya and as Director of CISRET, returning finally to Ireland in 1989, where, to quote his Diamond Jubilee commendation, he was still busy with pastoral ministry and promoting mission. Ray had a number of falls and was admitted to St James’ Hospital, Dublin where he died on the Feast of the Saint to whom he had a great devotion.