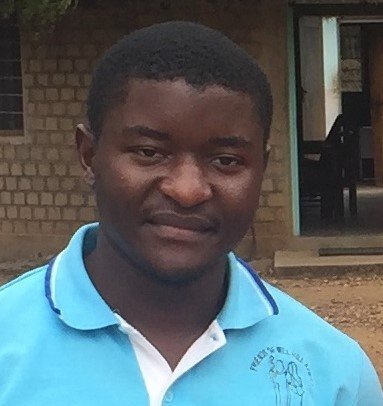 Athanasius Ndoh Fambo was born on 28th June 1992 to Che Peter Fambo (R.I.P.) and Neh Florence Bujang (R.I.P.) in Mankon – Bamenda. His parents died when he was young and he, together with his twin brother, was brought up by an aunt and her husband. He joined the Basic Formation Programme in Bamenda in September 2010. On completion of First Cycle, he took the Temporary Oath to the Society on 19th March 2014 with nine other students at St. John’s Church, Bamenda. In the prior evaluation, the formators noted that Athanasius was a mature and well measured student, committed to all aspects of the formation programme and a good steward of the responsibilities entrusted to him.

In August 2014, he entered Second Cycle at St Joseph’s Formation Centre in Nairobi. His formators remarked that Athanasius was a peaceful, friendly, warm and gentle presence in the formation community. In August 2016, he began the Mission Experience Programme in Panyangara, Kotido Diocese. He worked hard to learn Akaramojong and adapted well to his new environment. He renewed his Temporary Oath on 18th March 2017.

Over a week ago, Athanasius complained that he was not feeling well. He tested positive for malaria and started treatment, and was kept under continual observation. When his condition did not improve, he was admitted to Matany Missionary Hospital in Moroto. His treatment continued and he showed signs of improvement. However, on Monday of this week, his condition deteriorated suddenly, and an emergency flight to Kampala was arranged. On arrival there, he was rushed to Nsambya Hospital. There tests showed that he had contracted bacterial meningitis, and he was immediately put on appropriate treatment. Although at first he showed signs of improvement, sadly, at 9:00 a.m. this morning, Thursday 18th May, he passed away.

The body of Athanasius has been taken into care in the funeral home and on Sunday will be repatriated to his native Cameroon for burial.

At the age of 24, Athanasius left us too quickly. Our prayers are with his brother and family, and with his fellow students and missionaries who mourn the loss of this kind and gentle man. May he rest in peace.