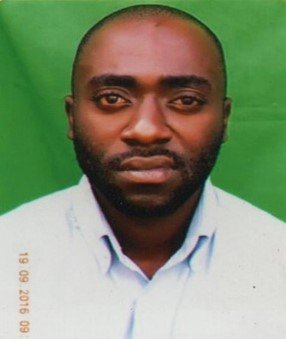 It is with regret that we inform you of the death on the evening of the 26th day of April, 2022 in The Divine Mercy Hospital, Mbarara, Uganda, aged 31, of

Paul was born in the small town of Mpondwe-Lhubiriha in Uganda on the 20th of October, 1991. His father was Balira Mark, a farmer, and his mother, Muhindo Bridget. In his family, he had four brothers and two sisters. Paul was the fifth child born in his family. Both of Paul’s parents are still alive, and were very supportive and encouraging of Paul’s vocation to priesthood as a Mill Hill Missionary.

He came to our Formation for Priesthood programme on the 26th of September, 2016. His first stage of Formation took place in Luanda, Kenya, where he was part of the Basic Formation Year. Having successfully completed that year, Paul was promoted to study Philosophy and associated subjects from our Philosophicum in Jinja, Uganda. Here, he followed courses at the PCJ in Jinja for a period of three years. Upon completion of his Philosophy studies, he was chosen to study Theology and associated subjects from our Formation House in Pune, India. Sadly, difficulties in obtaining a visa to study in India proved challenging. Eventually, it was decided by the Formation Staff, Paul and two other colleagues, that they would remain in Jinja Formation House, and study on-line classes. Not the ideal situation, but Paul and his colleagues were making the best of this challenging situation.

As Paul completed his Philosophy studies, he felt that the time was right to further commit his life to God in the Mill Hill Missionary Society by taking the Temporary Oath. He applied and was accepted by his Formation Staffs and the General Council of Mill Hill. He took his Temporary Oath on the 6th of June, 2020 at the Formation House in Jinja, Uganda. He was delighted to commit his life to God in this way and often wore his cassock and (Mill Hill) sash with great pride. Further promotion came to Paul just recently, on the 19th of March, 2022 (The Feast Day of our Patron, Saint Joseph), when he received the Minor Ministry of Acolyte, a further step in realising his dream of becoming a Mill Hill Missionary priest.

By all accounts, from his Formators, Paul was a very good student and an excellent member of the Formation Community. His personality displayed him as a warm, hospitable, kind and helpful person. A person of prayer and comfortable in chapel and in the participation at liturgical celebrations. On his pastoral placements, he proved himself a capable leader, approachable, engaging and very much open to learning. Paul was a man capable of taking initiative in community too. One of his hobbies was the learning of guitar and improving his dancing skills. Both talents, he creatively brought to the liturgy. One of his passions was football, both playing and following professional teams. Already in his early years of Formation, Paul showed promising signs of leadership and the ability to work well together with his fellow students, staff and those whom he worked with. Paul was also blessed with a good sense of humour.

According to the Rector of Jinja Formation House, Fr. Charles Okata MHM, Paul went home to his town for a holiday on the 22nd of March, 2022. It was while he was there that his health began to break down, and died suddenly at 22.20 hours on the night of the 26th of April. Details of Paul’s funeral will be published in the Mill Hill Digest as soon as possible. May Paul rest in the arms of his Saviour.