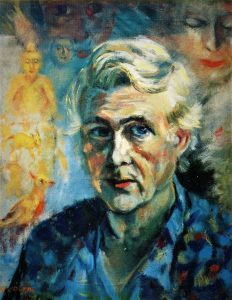 We regret to announce the death at 3.00 am on 26th December at Missiehuis Vrijland aged of 92 of

Kees was born on 23 October 1925 in Alkmaar, The Netherlands, in a family of thirteen children and was baptised Cornelius Gerardus. He had five sisters and seven brothers. His parents, Cornelius and Ida (neé Berkhout), had a cheese shop. At the age of twelve he went to our minor seminary in Hoorn which was moved to Haelen in 1941 due to the war. He stayed there until the end of the war and began the study of philosophy. This he finished in Roosendaal after the war. In 1946 he left for Mill Hill, London, for the study of theology. He took the Perpetual Oath on 29 May 1948 and was ordained priest on 10 July 1949 in St. Joseph’s College, Mill Hill, London, by bishop David Mathews.

Following his ordination he was appointed to further studies in Rome where he obtained a doctorate in Canon Law in 1952. He was then appointed to work in the Philippines in San Jose and San Pedro on the island of Panay. Enriched by this valuable pastoral experience he was appointed for two years to teach in St Joseph’s College, Mill Hill, as member of the formation staff, after which he returned to Philippines to a place called Belison.

There Kees founded a Credit Union. He acknowledged the need of integral human development and dedicated himself to a change of mentality. He took part in an Asian Regional Conference in Hong Kong with these themes, which led to his appointment as Executive Secretary of NASSA (National Secretariat for Social Action), a diocesan organisation aiming at integrated development. For this reason he moved to Manila. At around this time he also became the founder and editor of a magazine called ‘Impact’ which became well-known throughout Asia. It had as its objective to raise awareness about social issues in Church circles and beyond. This initiative could be seen as an application of St Paul’s words:”Do not be conformed to this world, but be transformed by the renewal of your mind, that by testing you may discern what is the will of God, what is good and acceptable and perfect.”(Rm 12, 2)

The above portrait of Kees’ life would not be complete without making a mention of his life-long passion for painting. He received an award from the Art Association of the Philippines (1975) as well as the Catholic Mass Media Award (2000). His artistic talent has resulted in an impressive legacy of more than five hundred paintings. After a long, active and varied ministry as a missionary in many places Kees finally retired to ‘Missiehuis Vrijland’, in Oosterbeek, The Netherlands in 2007.