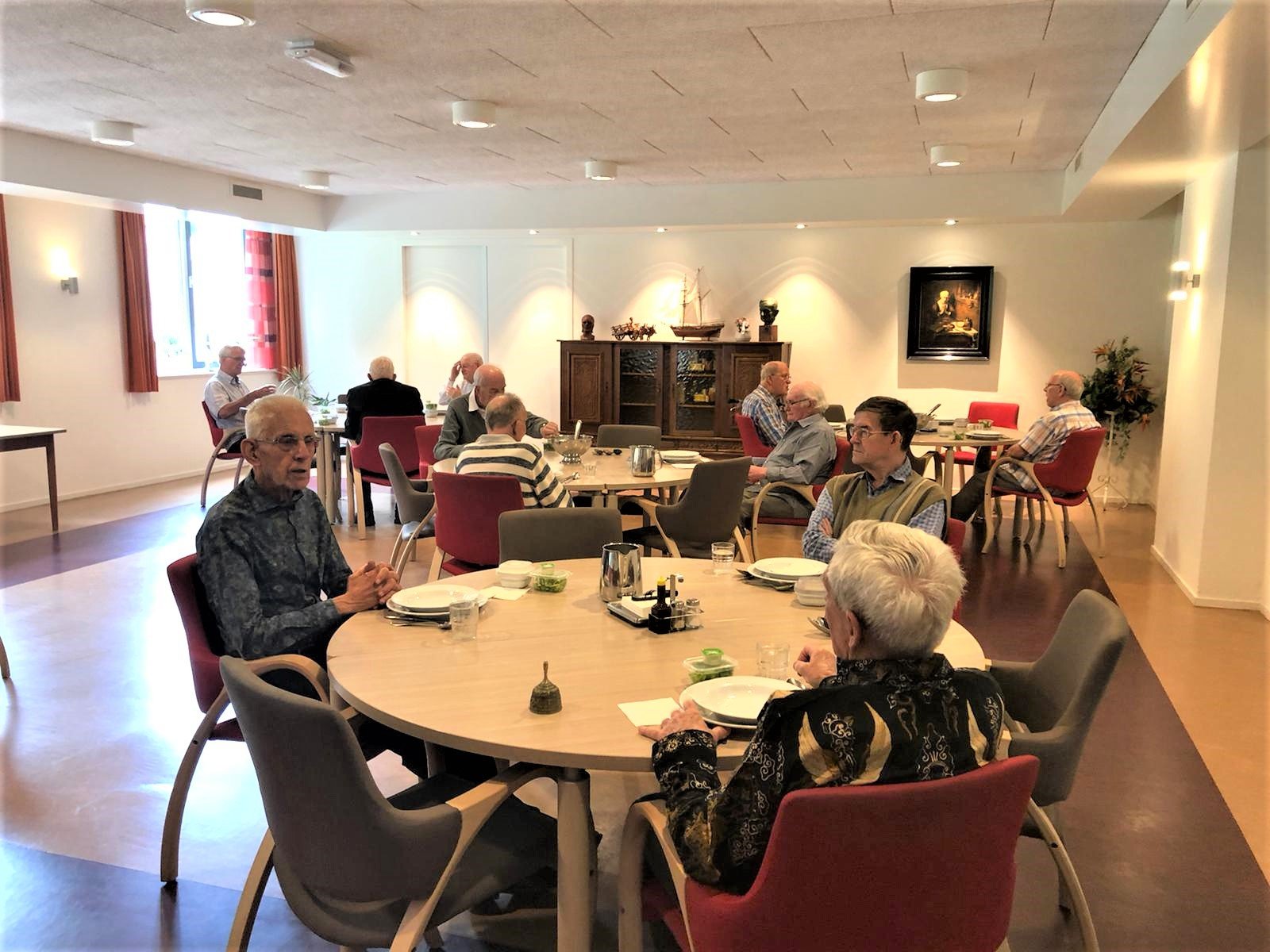 Just like everywhere else, also in Oosterbeek we were taken by surprise by Corona. A virus which would take the whole world in its grip.  There seems to be no let up.

How did we fare in Oosterbeek, what did we do to safeguard one another?

On March 25th  the community in St Jozefhuis came together for a house meeting in order to come to a common agreement on decisions and measures to be taken. Measures to take in order to prevent us to become victims of this terrible virus.

We decided to take measures with immediate effect and follow the guidelines as received from the Government, the Dutch Bishops Conference and the Conference for Religious communities.

This catered for a ‘desert experience’ as the regional put it. A time to be cherished, to be alone with your Creator.

The two communities of Vrijland and St Jozefhuis to stay away from one another, no visits. No common games, like playing carts or billiards.

For meals, instead of six persons at the same table, only three persons  and likewise for coffee or tea breaks. Keep a distance of one and a half meter at all time! (Instruction from the Dutch government)

It was decided that nobody except the rector would go out for shopping.

The chapels in both houses were closed for outside visitors. Likewise no visitors allowed in either of the two houses until further notice.

After some weeks we sat together again in order to evaluate the steps we had taken. Within a short time it was agreed to continue as set out from the beginning until Pentecost.

During this period of time, our vice-regional, Father René Graat died in hospital (Maastricht) on April 11 of the virus. He will be sadly missed, by us, but even more so in his parish. René was for over three weeks in hospital. During that time the people of Banholt, where René lived, stood outside their front door at the same time each evening holding a candle to pray for his recovery. Rene was buried  in Banholt after a Eucharistic celebration with only his immediate relatives in attendance while  the parishioners formed a guard of honour along the way to the graveyard.  Not even one Mill Hill member was allowed to attend due to the strict rules at the time. There will be a commemorative celebration of the Eucharist later, when corona has left us!

Also during this period of time we had two funerals in Vrijland, Father Willem van Leeuwen and Fons Geerts. Both died of old age, not because of the virus.

On Pentecost Sunday we relaxed the rules a little and celebrated the Eucharist for the first time again, with the chairs positioned at a good distance from one another.  And we have continued with a daily mass from then onward.

For the rest we still uphold the rules as set out from the beginning.

We count our blessings as we have been able to keep corona at bay. We thank all our personnel and residents for observing the measures taken as was decided in common agreement from the very beginning.