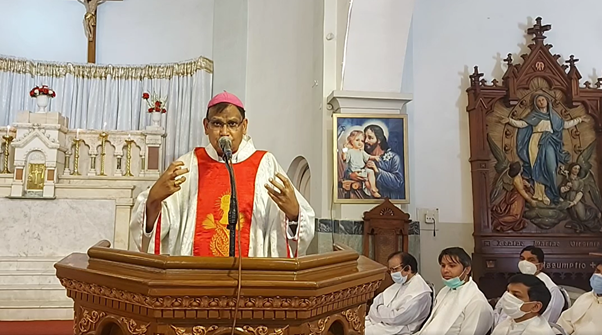 n 1987, the late Simeon Pereira of Islamabad-Rawalpindi permitted Father Rafferty to start the mission in the foothills of the Himalayas, especially through the Swat valley and the Karakoram mountains. The tribal areas of the north are predominantly inhabited by Pashtun who identify themselves with members of the same tribe across the border in Afghanistan.

“He felt that nobody wanted to visit the Christians in the far-flung northern areas. Priests are more interested in big cities and wealthy parishes,” Father Nasir William, director of the Commission for Social Communications in Islamabad-Rawalpindi Diocese, told UCA News.

“Instead of parish responsibilities, he dedicated his life to search for these neglected Christians. He used to travel on the road for even 30 hours. He inspired missionary zeal in the local Church. In 1988, he founded the Missionaries of Saint Thomas Apostle sisters to serve the isolated faithful.”