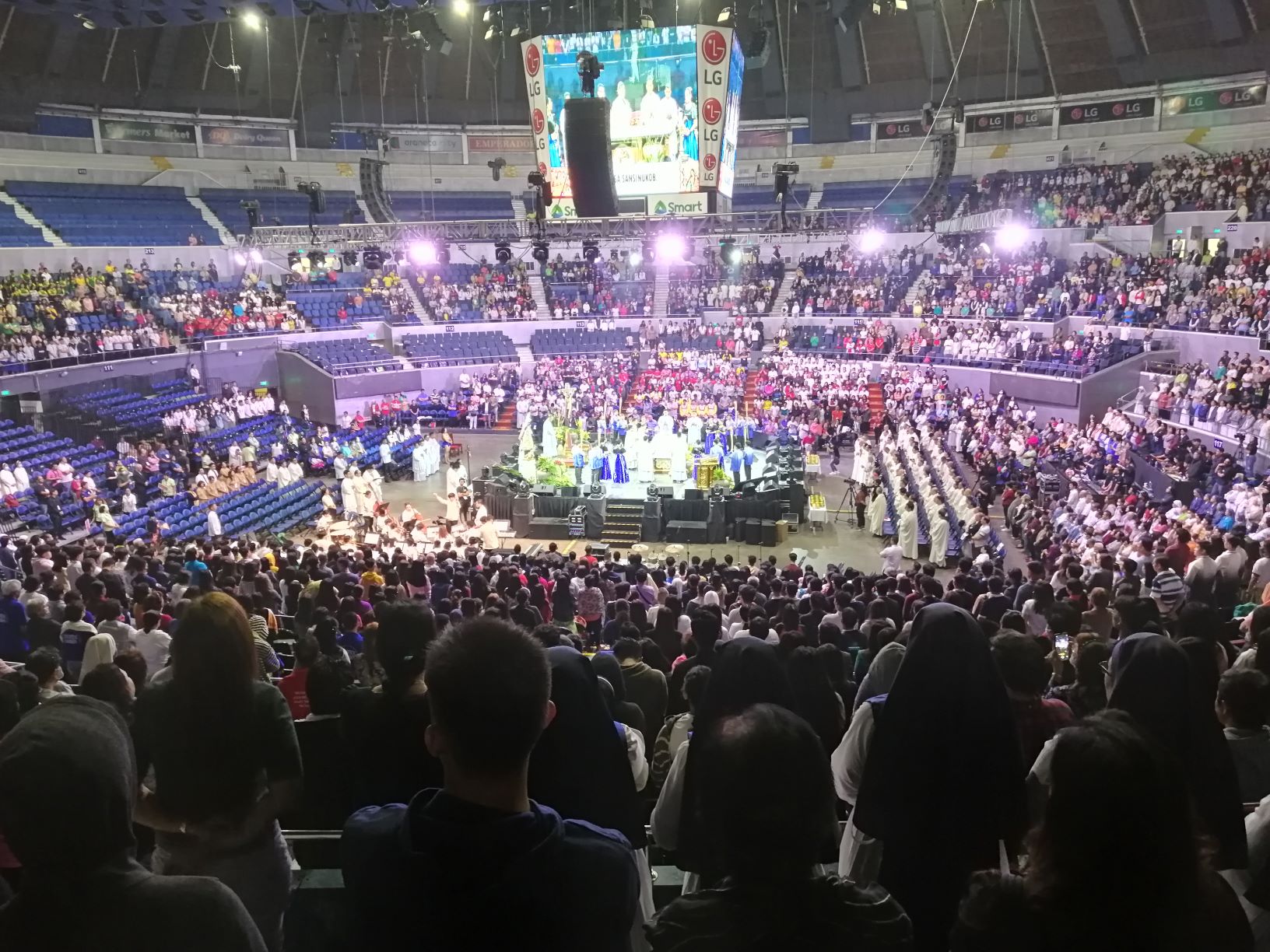 Thousands of Filipino Catholics who attended a conference on new evangelization paid tribute to Cardinal Luis Antonio Tagle, the archbishop of Manila.

The Manila prelate, who has been appointed new prefect of the Congregation for the Evangelization of Peoples, initiated the annual Philippine Conference on New Evangelization in 2013.

The meeting, which is usually attended by thousands of people, is a response to the Church’s call for new evangelization.

This week’s gathering could be the last one the cardinal attends as he is due to leave for the Vatican to assume his new post soon.

Organizers and participants of the event paid tribute to Cardinal Tagle.