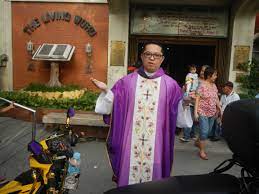 Bishop Pablo Virgilio David of Kalookan was elected president of the Catholic Bishops’ Conference of the Philippines.

He was elected Thursday,  during the first of the two-day bishops’ online plenary assembly.

The 62-year-old has been serving as conference vice president since December 2017, working alongside Archbishop Romulo Valles of Davao, the outgoing president.

Ordained a priest for the Archdiocese of San Fernando in 1983, David is known as one of the country’s leading Bible scholars.

In 2006, he was appointed auxiliary bishop of the same archdiocese, a post he served for around 14 years until he was transferred to the Kalookan diocese in January 2016.

In the bishops’ conference, he previously chaired the Episcopal Commission on Biblical Apostolate.