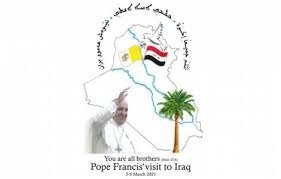 Ayatollah al-Sistani is the most important, revered and followed Ayatollah in the Shi’a world. Now 90 years of age, he has exercised this leading role since becoming the successor of Ayatollah al-Khoei in 1992. He does so through his teaching and his jurisprudence, which guides every aspect of Shi’a living. He has done so throughout political upheaval, revolution, warfare and rebuilding. In this he has become a leading figure not only in the life of Iraq but also for the entire Shi’a community. With roughly 350 million followers across the world, ranging across the Middle East, from the Indian Subcontinent to Europe and North America, he is, in his person, the ‘grounding’ of the world-wide Shi’a community.

As a direct descendant from the Prophet himself, the meeting of Ayatollah al-Sistani with Pope Francis, the revered Bishop of Rome, leader of the Catholic Church and the most readily recognised Christian figure in the world, is a unique moment, something that has never before happened in the last 1200 years history of Christian – Muslim relations. A simple photograph of the meeting of these two revered figures will mark a new step in the religious history of humanity. The sheer impact of this moment will reverberate around the world.

It will add immense strength to all who wish to promote the true moderate voice of religion. It will encourage those who want to develop the fundamental unity of all people and the vital role of dialogue in the affairs of human progress. Their encounter will give support to the Christian minority in Iraq, indeed to religious minorities everywhere and to those who further the cause of religious tolerance and respect for the dignity of every person. The meeting will mark a new step in relations between the Holy See and Najaf, two of the most important religious centres in the world, between the Catholic Church and the Shi’a community, complementing the recent joint pledge of fraternity signed by the Sunni Grand Imams of al-Azhar and Pope Francis in February 2019.