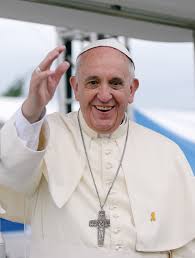 In a handwritten letter sent March 28 to Argentine Judge Roberto Andres Gallardo, president of the Pan-American Committee of Judges for Social Rights and Franciscan Doctrine, the pope said that some governments that have imposed lockdown measures “show the priority of their decisions: people first.”

“This is important because we all know that defending the people implies an economic setback,” he said in the letter, which was published March 29 by the Argentine newspaper La Nacion.
“It would be sad if they opted for the opposite, which would lead to the death of many people, something like a viral genocide,” the pope wrote.