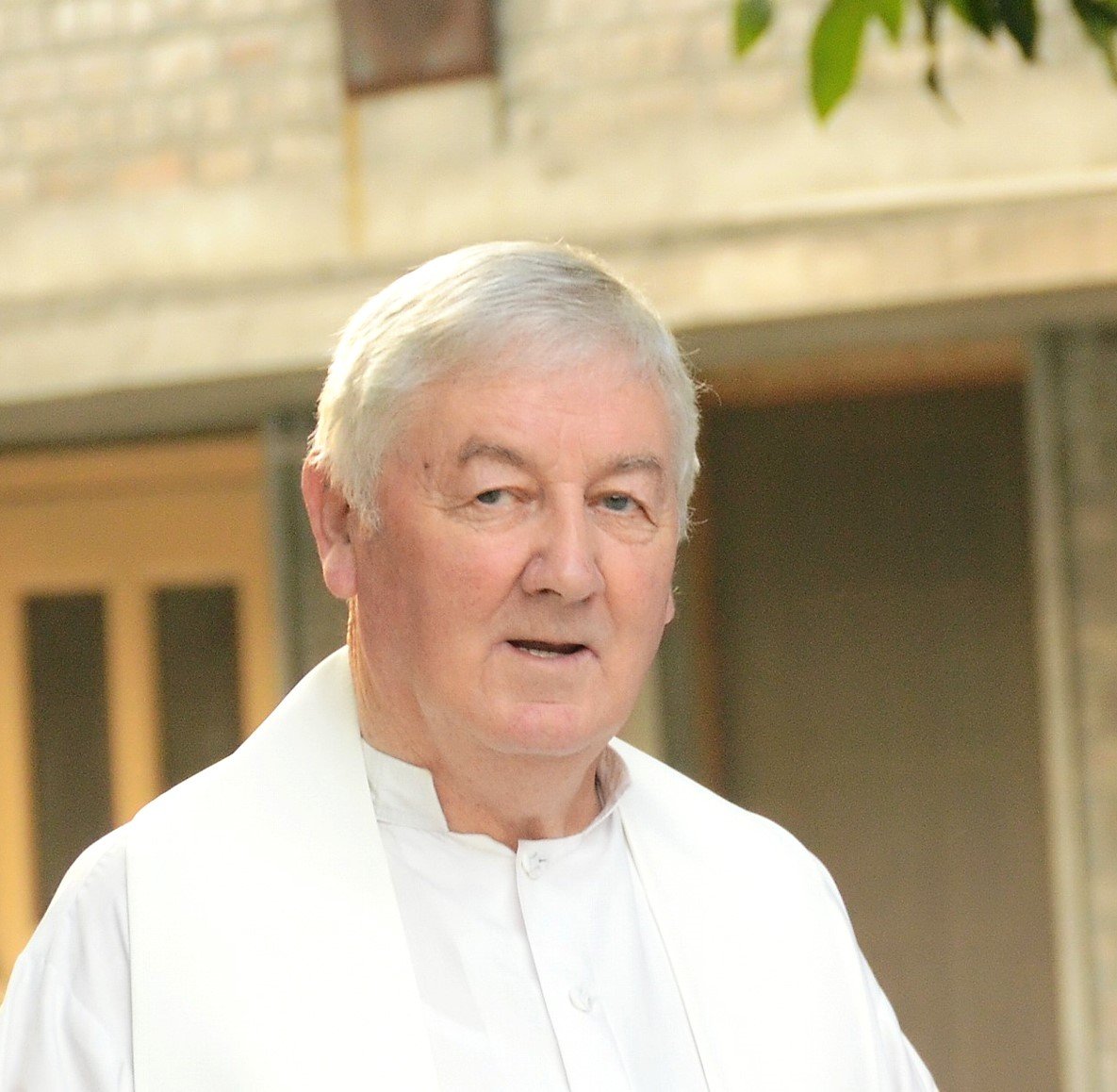 The following article in St Joseph’s Advocate Ireland appeared in the Spring 2020 Issue on the occasion of Fr Thomas Raffery’s golden jubilee.

Fr. Tom Rafferty is from Milltown, Ashbourne, Co. Meath. He was ordained in 1970 at St. Patrick’s Church, Donaghmore – his home parish church. Fr. Tom has spent 50 years in Pakistan, working in the Diocese of Islamabad/Rawalpindi. He has been ministering in a very difficult and dangerous area; in his own words: “the police, who stand guard over our church in Nowshera since 2001, are the first people I greet every morning.” Fr. Tom has published two books: ‘The Crimson Lily in Our Midst’ and ‘Never Easy’. The following article, based on his writings, gives precious insights in his extraordinary life as a missionary. – Jim O’Connell

The Mission has been A-Changing

Fr. Tom arrived in the Diocese of Islamabad/Rawalpindi, Pakistan, in January 1971. His first appointment was to the catholic village Josephabad, where Fr. Toon Vaneman was parish priest. In 1973, the prolonged monsoon rains caused massive flooding in the Punjab. Josephabad was marooned. Fr. Vaneman was struck down with Typhoid and Hepatitis, and went back to Holland for treatment and rest.

Tom was now on his own and with the help of local people and funds from people at home, he started to reconstruct the village, roads and bridges. When this was done, 118 one-roomed houses were built with bricks – not mud as it was with the previous houses. A tractor and plough were purchased so that the people could get the crops in on time. Electricity for the village was next on the agenda, and this was accomplished by the time Tom went on his first home-leave in 1975. On his return, Tom continued his ministry in parishes, building up relatively young churches.

As a missionary more in the line of St. Paul, Tom was surprised and delighted when in 1987 he was set free from parish work in order to explore the possibilities for mission in the far Northern Areas of Pakistan. He spent weeks on end roaming in the Himalayas searching for, and finding, pockets of Christians. His experience convinced him of the need to promote the missionary spirit of the local church. So on the 3rd of July 1988, the Feast of St. Thomas the Apostle, Patron of Pakistan, Tom together with Sr. Iris Gill founded the Missionary Sisters of St. Thomas the Apostle (MST). Tom was requested to take over Nowshera parish and to have it as the centre for the newly formed community, which was involved in missionary outreach in the far Northern Areas of Pakistan.

After the Nine/Eleven Attacks in New York

In 2001, with the attack on the Twin Towers of the World Trade Centre, ‘nine-eleven’ became a household word. The Mill Hill priests were quick to see the gathering storm clouds, and realised that they might well be living uncomfortably close to the area where retribution on Al-Quida would surely be taken by America, and could also recognize the possible serious implications for the safety of the Christian people and churches. They were determined not to desert the flock in a time of crisis and danger. Therefore, it was decided that they would stay put and remain at their various posts. However, on Sunday the 28th of October of that same year, an attack on the Catholic Church in Bahawalpur left sixteen Christians dead and several more severely injured. Since that date, the police have been stationed in the Nowshera church compound giving round the clock protection.

On the morning of October the 8th 2005, a massive earthquake struck the Northern parts of Pakistan. The earthquake was the deadliest natural disaster in the country’s history. Entire villages and towns were wiped from the face of the earth. In Balakot, a sparsely populated area, 85,000 people died, including more than 17,000 children, and over two million were left injured and homeless. Although badly shaken themselves, Tom and the Sisters were soon on the road and visited the refugee camps to distribute blankets, bedding, food and milk. There were so many people there with broken bones and compound factures in the makeshift tent hospitals.

Death and destruction in the beautiful valleys

Over the years, what has gone on in Afghanistan only served to drive the Taliban and Al-Qaida over the border into Pakistan, where gradually they began to dream of taking over this country also? Unfortunately, the dream became, for a short time, a reality in Nowshera parish. The parish of Nowshera is roughly an area the same size as Ireland, with the great difference that the Himalayas run through the greater part of it; the parish contains within its boundaries seven of the highest mountains in the world! Exotic you may say, but in 2007, the local Taliban made these beautiful valleys places of unrest, fear, sounds of firing, bomb blasts, people beheaded and slaughtered – all in the name of God! The most prominent school in the Swat valley was lost, when the militants bombed, looted and gutted the Presentation Convent School in Sangota. Forty-three years of solid missionary work by the Irish Presentation Sisters was wiped out, perhaps forever, with the push of a button.

At this time, Tom and the Sisters were going in and out of the Valley of Swat, depending on how safe it was to do so. The governing and dispensing of justice in the Swat area was simply handed over to the Taliban, and they took full advantage by invading a new area, Buner. It was then that the Pakistani Military got serious with the Militants and drove them out of Buner and Swat. Once again, Tom with his assistant priest, Fr. Amer, and the Sisters got involved in helping the people in the refugee camps, in the record-breaking temperatures that was the summer of 2009.

Another disaster and now relative peace

In 2010 after many days of torrential rain, the floodgates of the Warzak Dam Peshawar were opened with little warning, sending a tsunami like flood down the already swollen Qabul River. Nowshera in its path was inundated, ending up under ten feet of water. Many lives both human and animal were lost. Miraculously the old walls of the Nowshera church compound held back the high waters and the compound became something of a Noah’s Ark, a refuge for people and many kinds of drenched animals. Tom and the Sisters were immediately reaching out once again to bring aid to stricken people.

Fr. Tom says, “Aid in all the times of disaster came from the generosity of the Irish People, from Mill Hill and from Church Organizations. It has helped us rise again, build back people’s lives, build back their houses, drag them through dark winters, bind up their wounds, cloth and feed them. Through it all, we thank God for his Divine Mercy and constant protection from violence, bomb and bullet, danger where you live and danger when you travel. We thank God in these days of relative peace to be able to leave the 99 once again and go in search of the isolated”