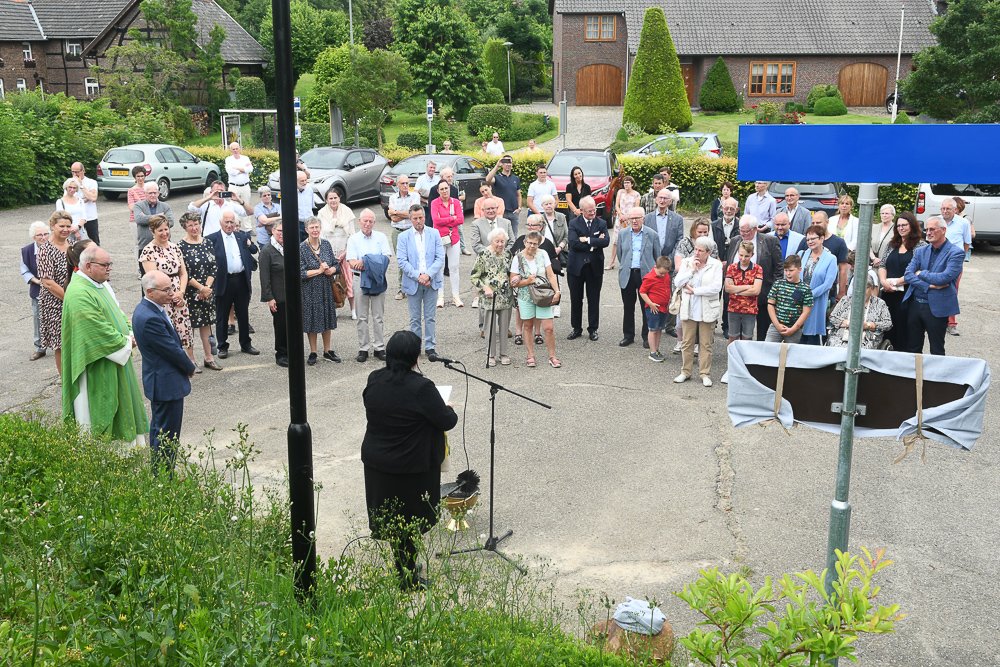 When René Graat MHM died on 11th April 2020, a victim of the first wave of the Covid-19 pandemic in The Netherlands, the parish community of Banholt, Noorbeek and Reijmerstok, where he had served for the past 12 years, was deeply traumatised. They had fervently prayed for his recovery, kept a weekly candle lit vigil in the porches of their houses every Friday during the three weeks of his desperate struggle with the virus. But to no avail.

The life of their much-loved and hugely popular pastor, was cut short at the age of 74. And they were left behind feeling orphaned, but unable to process their grief in a collective ritual of mourning due to the stringent corona measures.

The youth of the parish paraded the horse drawn cart carrying his coffin over a 15 km stretch through the hill country of his pastoral ‘vinyard’. A graphic photo report of this procession even made it to the central pages of the national newspapers. Those were the beginning days of the Covid-19 pandemic when the seriousness of the situation was gradually sinking in.

The Dutch region of the Mill Hill Missionaries also mourned the loss of a much-appreciated colleague and inspiring companion, the right-hand assistant of the regional superior. But no one was allowed to attend the funeral due to a nation-wide lockdown which was operative at the time.

For 37 years, before deciding to return to his home region in the Dutch province of Limburg, René had served as a missionary in the diocese of Basankusu in DR Congo. He had opted to stay with the people whom he had come to love and appreciate when the country descended into what later came to be called the continent’s first ‘All African’ war. He had made some really close personal friends among the local clergy and religious. They too were devastated at his passing.

But a ritual closing of the mourning process of this painful personal and collective loss remained in abeyance….

Until yesterday, 3rd July 2021, the day René would have celebrated his golden jubilee. The parish community in close consultation with the family decided to mark this day with a special memorial service and ceremony of remembrance. The progressive relaxation of corona measures now allowed for larger gatherings. A seven men strong delegation of mostly fellow Mill Hill Missionaries from Congo, led by the regional, made their way to Reijmerstok where the ceremonies were to take place.

A commemorative Eucharist enlivened by a few songs in Lingala opened an afternoon of loving remembrance. This was followed by the blessing of a commemorative plaque at the local cemetery and the naming of the central village square after their much-loved missionary pastor: ‘Pastoor Graatplein MHM’.

All in all this gently emotional commemorative afternoon felt like a suitable closure to an exceptionally long period of mourning of an exceptional person.