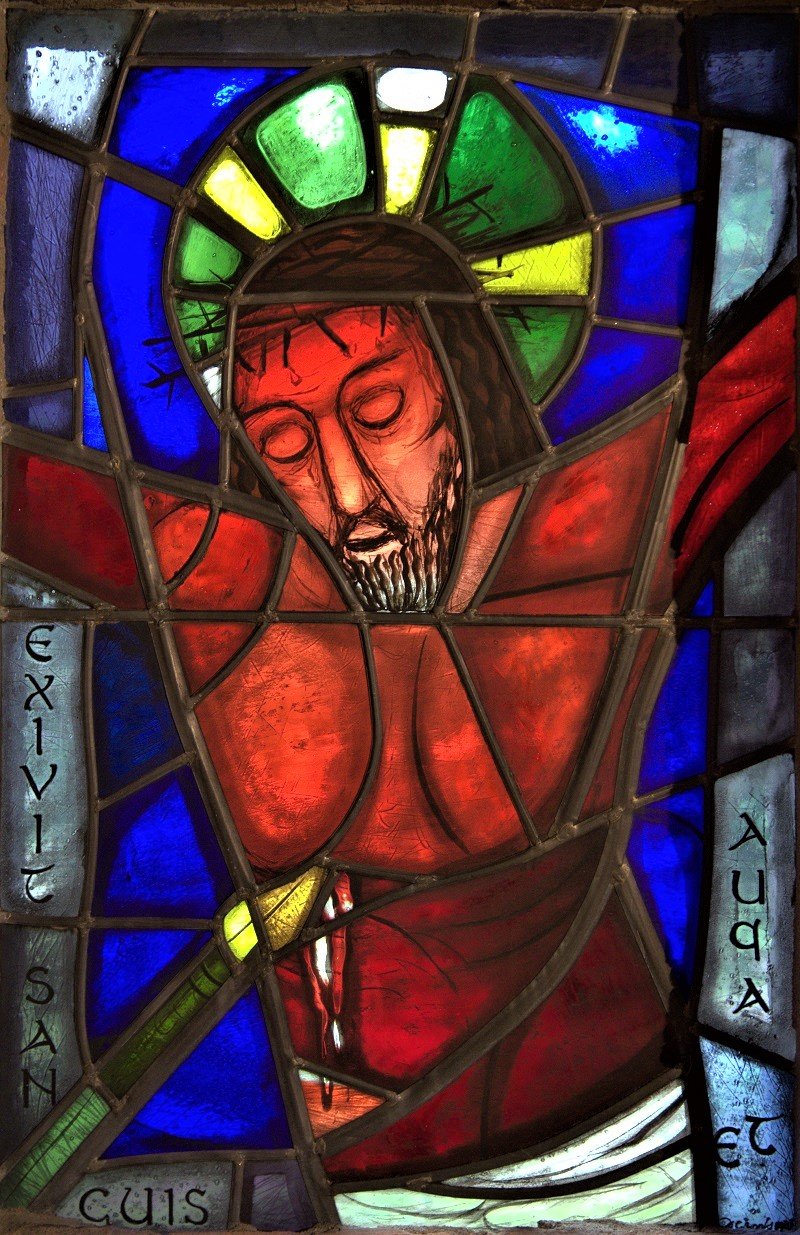 The Feast of the Sacred Heart ‘was born’ from the visions of the French Visitationist nun, Sr. Margaret Mary Alacoque whom Jesus appeared to and showed her His Heart in June 1675 while she was contemplating the Blessed Sacrament. Jesus’ message to Sr. Alacoque was very clear: “Behold this Heart, which has loved men [and women] so much… and in return has received from the greater number nothing but ingratitude.” He then asked her to set aside the Friday after Corpus Christi, for a special honour to His Heart.

After receiving this message, Sr. Alacoque interpreted it as a call to conversion and began living a life of severe deprivation (self-mortification) in order to atone for the ingratitude of humanity towards the love of Christ. She insisted that at the heart of her devotion was the selfless, sacrificial love of Christ towards all, which was calling mankind to love one another other just as Christ loved them. She warned against the punishment and consequences that ensues when we do not love one another.

We only need to look around the world today and see how this prophecy is true; most of the pain, the sickness, the hunger, the violence, the hatred, etc., are consequences of our lack of love for one another. Divisions, cliques, and tensions ‘with-in’ the Church (what some have described as intramural internecine hostility) and in our communities, stem from our lack of love (or at least, ‘limited love’) for one another; so much ingratitude towards Christ!

As Alacoque tried to tell her story and describe her vision, she was met with strong resistance, beginning with her own Sisters in her religious community and extending to the wider authorities of the Church. Her message, calling us to conversion was not what people wanted to hear. Jansenism was very popular at the time, especially in France and Belgium, as its Founder, the Belgian Catholic Bishop, Cornelius Jansen, had taught that ‘good actions’ (love) did not have any active role to play as far as salvation was concerned. He said all we needed to do, was to pray and devote ourselves to the ‘graces of God and to the Sacraments of the Church’. It took a long time before the devotion to the Sacred Heart was finally given an official liturgical feast in 1765 by Pope Clement XIII, thanks to the help and support of the Jesuits who were very critical of the teachings of Bishop Jansen.

Though Jansenism had been condemned (in Unigenitus Dei Filius, 1713), its followers continue to live among us in the Church today. There are many of us who still emphasise ‘Christian prayer’ and ‘Sacraments’ over and above the command ‘to love’ and ‘to serve’. It is important to strike a healthy balance between the two; ‘Prayer’ and ‘Sacrament’ are not salvation in themselves but are pointers (real symbols) helping and guiding us towards God, the Reality which they represent. As Matthew 25 reminds us, ‘salvation’ is not through ‘words and gestures’ (liturgy) alone but through concrete acts of ‘loving service’ towards our neighbour; for ‘Faith’ and ‘Action’ are but two sides of the same coin (cf. James 2:18)

When I think of ‘loving service’, I think of us Mill Hill Missionaries for whom this feast is particularly significant. In 1866 when Cardinal Vaughan founded Mill Hill, he named it St. Joseph’s College of the Sacred Heart and died 37 years later, on the Feast of the Sacred Heart. It is not surprising that Vaughan chose ‘Amare et Servire’ (To Love and To Serve) as our Motto. ‘Love’ and ‘Service’ are the two pillars of the kind of conversion that Sr. Alacoque spoke of in her devotion. Vaughan was a great devotee to the Sacred Heart and the influence of this devotion in his life could be seen in the way he ‘loved’ and ‘served’. What about us his followers or disciples so to speak? How ‘sacred’ are our own hearts? Only a ‘loving’ and ‘serving’ heart can become a ‘Sacred Heart’. So this feast is not so much about Jesus’ Heart but about our own hearts which Jesus wants to be like His; ‘Sacred Hearts’.

Homily delivered in Dartry House, Dublin, Ireland, on the Solemnity of the Sacred Heart, 2021,