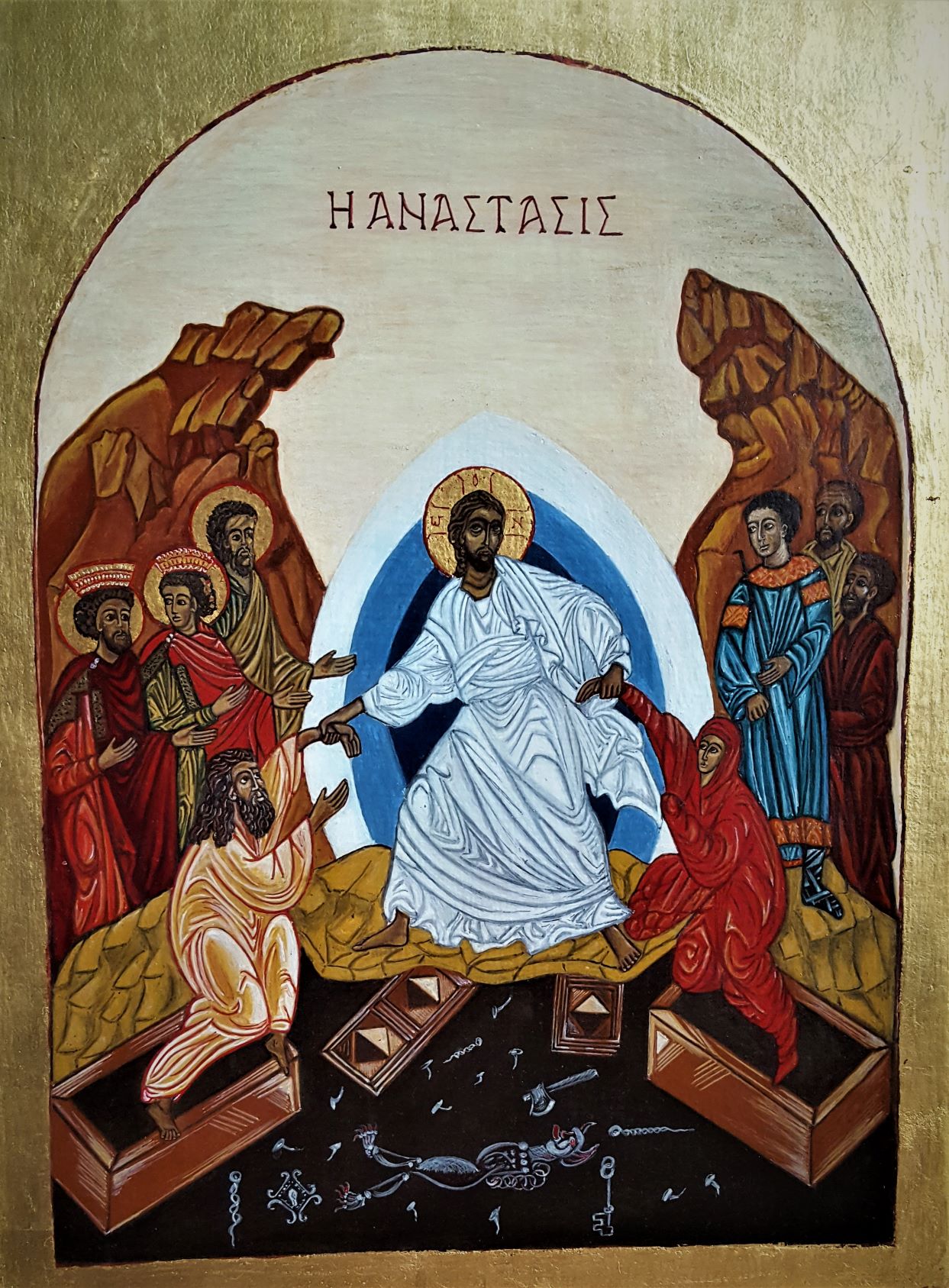 In last week’s catechesis, again inspired by Saint Joseph, we reflected on the meaning of the communion of saints. And leading on from this, today I would like to explore the special devotion the Christian people have always had for Saint Joseph as the patron saint of the good death. A devotion born of the thought that Joseph died cared for by the Virgin Mary and Jesus, before leaving the house of Nazareth. There are no historical data, but since we no longer see Joseph in public life, it is thought that he died there in Nazareth, with his family. And Jesus and Mary accompanied him up to his death.

A century ago, Pope Benedict XV wrote “through Joseph we go directly to Mary, and through Mary to the origin of all holiness, who is Jesus”. Both Joseph and Mary help us to go to Jesus. And encouraging pious practices in honour of Saint Joseph, he recommended one in particular, saying: “Since he is deservedly considered to be the most effective protector of the dying, having expired in the presence of Jesus and Mary, it will be the concern of the sacred Pastors to inculcate and encourage […] those pious associations that have been established to implore Joseph on behalf of the dying, such as those ‘of the Good Death’, of the ‘Transit of Saint Joseph’ and ‘for the Dying”. (Motu proprio Bonum sane, 25 July 1920): they were the associations of the time.

Dear brothers and sisters, perhaps some people think that this language and this theme are only a legacy of the past, but in reality, our relationship with death is never about the past – it always present. Pope Benedict said, a few days ago, speaking of himself, that he “is before the dark door of death”. It is good to thank the Pope who has this clarity, at 95, to tell us this. “I am before the obscurity of death, at the dark door of death”. It is good advice that he has given us, isn’t it? The so-called “feel-good” culture tries to remove the reality of death, but the coronavirus pandemic has brought it back into focus in a dramatic way. It was terrible: death was everywhere, and so many brothers and sisters lost loved ones without being able to be near them, and this made death even harder to accept and process. A nurse told me that she was in front of a grandmother who was dying, and who said to her, “I would like to say goodbye to my family, before I leave”. And the nurse bravely took out her mobile phone and put her in touch with them. The tenderness of that farewell…

Nevertheless, we try in every way to banish the thought of our finite existence, deluding ourselves into believing we can remove the power of death and dispel fear. But the Christian faith is not a way of exorcising the fear of death; rather, it helps us to face it. Sooner or later, we will all pass through that door.

The true light that illuminates the mystery of death comes from the resurrection of Christ. This is the light. And, Saint Paul writes: “Now if Christ is preached as raised from the dead, how can some of you say that there is no resurrection of the dead? But if there is no resurrection of the dead, then Christ has not been raised; if Christ has not been raised, then our preaching is in vain and your faith is in vain” (1 Cor 12: 12-14). There is one certainty: Christ is resurrected, Christ is risen, Christ is living among us. And this is the light that awaits us behind that dark door of death.

Dear brothers and sisters, it is only through faith in resurrection that we can face the abyss of death without being overwhelmed by fear. Not only that: we can restore a positive role to death. Indeed, thinking about death, enlightened by the mystery of Christ, helps us to look at all of life through fresh eyes. I have never seen a removals van following a hearse! Behind a hearse: I have never seen one. We will go alone, with nothing in the pockets of our shroud: nothing. Because the shroud has no pockets. This solitude of death: it is true, I have never seen a hearse followed by a removals van. It makes no sense to accumulate if one day we will die. What we must accumulate is love, and the ability to share, the ability not to remain indifferent when faced with the needs of others. Or, what is the point of arguing with a brother, with a sister, with a friend, with a relative, or with a brother or sister in faith, if then one day we will die? What point is there in being angry, in getting angry with others? Before death, many issues are brought down to size. It is good to die reconciled, without grudges and without regrets! I would like to say one truth: we are all on our way towards that door, all of us.

The Gospel tells us that death comes like a thief. That is what Jesus tells us: it arrives like a thief, and however much we try to keep its arrival under control, perhaps even planning our own death, it remains an event that we must reckon with, and before which we must also make choices.

Two considerations stand for us Christians. The first: we cannot avoid death, and precisely for this reason, after having done everything that is humanly possible to cure the sick, it is immoral to engage in futile treatment (cf. Catechism of the Catholic Church, no. 2278). That phrase of the faithful people of God, of the simple people: “Let him die in peace”, “help him to die in peace”: such wisdom! The second consideration concerns the quality of death itself, the quality of pain, of suffering. Indeed, we must be grateful for all the help that medicine endeavours to give, so that through so-called “palliative care”, every person who is preparing to live the last stretch of their life can do so in the most human way possible. However, we must be careful not to confuse this help with unacceptable drifts towards killing. We must accompany people towards death, but not provoke death or facilitate any form of suicide. I would point out that the right to care and treatment for all must always be prioritised, so that the weakest, particularly the elderly and the sick, are never discarded. Life is a right, not death, which must be welcomed, not administered. And this ethical principle applies to concerns everyone, not just Christians or believers.

I would like to underline a real social problem. That “planning” – I don’t know if it is the right word – but accelerating the death of the elderly. Very often we see in a certain social class that the elderly, since they do not have means, are given fewer medicines than they need, and this is inhuman; this is not helping them, it is driving them towards death earlier. This is neither human nor Christian. The elderly should be cared for as a treasure of humanity: they are our wisdom. And if they do not speak, or if they do not make sense, they are still the symbol of human wisdom. They are those who went before us and have left us so many good things, so many memories, so much wisdom. Please, do not isolate the elderly, do not accelerate the death of the elderly. To caress an elderly person has the same hope as caressing a child, because the beginning of life and the end are always a mystery, a mystery that should be respected, accompanied, cared for. Loved.

May Saint Joseph help us to live the mystery of death in the best possible way. For a Christian, the good death is an experience of the mercy of God, who comes close to us even in that last moment of our life. Even in the Hail Mary, we pray asking Our Lady to be close to us “at the hour of our death”. Precisely for this reason, I would like to conclude this catechesis by praying together to Our Lady for the dying, for those who are experiencing this moment of passage through the dark door, and for the relatives who are experiencing bereavement.