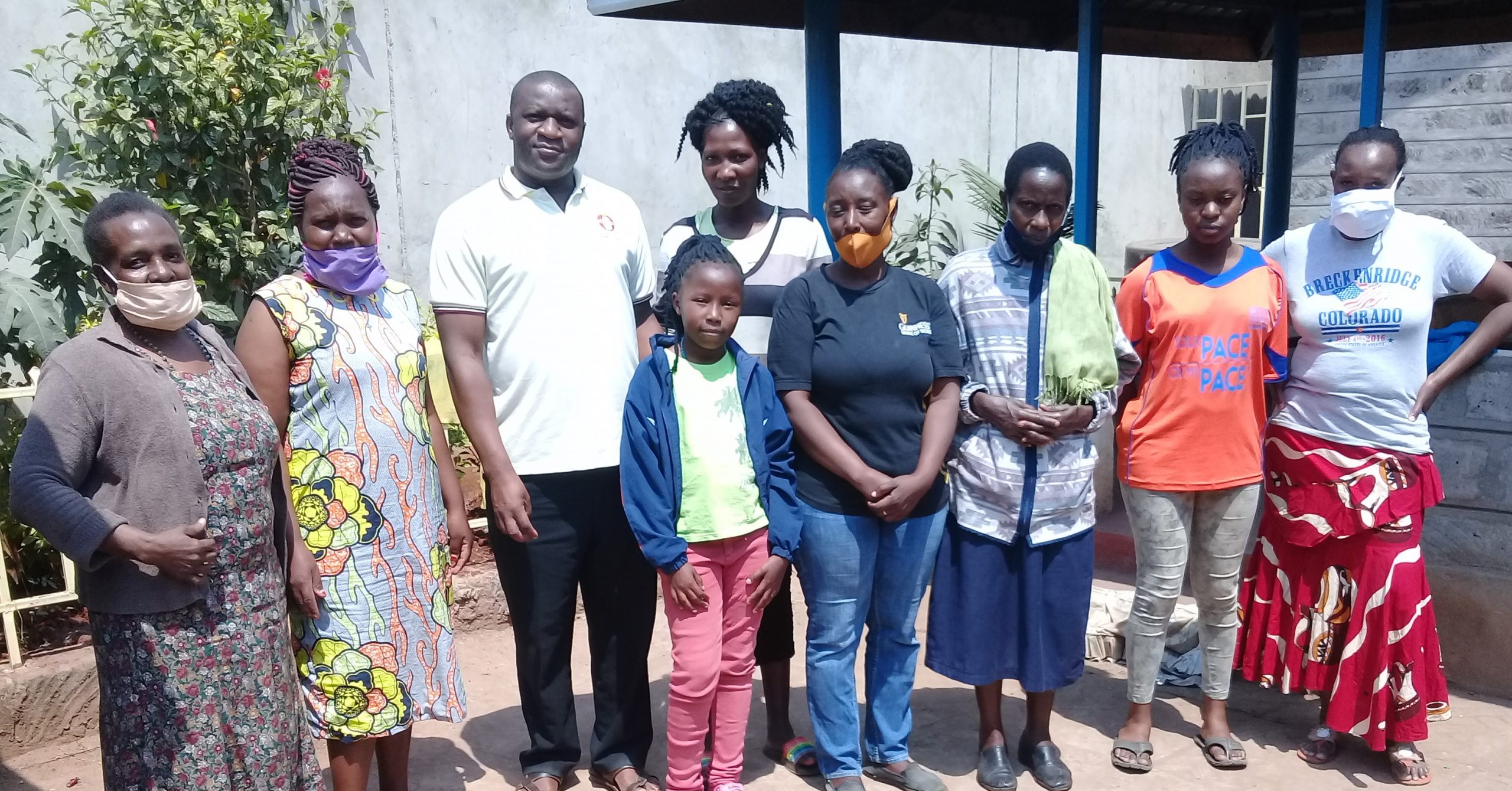 Shauri Moyo urban parish apostolate makes the presence of Mill Hill Missionaries in Nairobi concrete. I had the privilege of serving in this parish for the last seven and half years.

More precisely I got my appointment from the then Superior General Rev. Tony Chantry on 20/7/12 approximately 4 months after my perpetual oath. He stated that looking at the needs of the society and based on my abilities and capabilities, the General Council appointed me to Shauri Moyo in Nairobi. Surprise, until that time I had no idea where Shauri Moyo Parish was.

I was not only shocked but also not happy with the appointment. I had nothing against Shauri Moyo. Only, I wanted to go out and be ‘a missionary’ in my own words. I didn’t understand how being in Kenya, Nairobi, being a Kenyan myself was being a missionary. I took up the appointment reluctantly.

I reported in Shauri Moyo on 3/8/13 almost a year after the appointment. I was received and welcomed by Fr. Benny Quinto mhm with whom I was together for almost one year. He was understanding and hardworking. He quietly introduced me to life in Shauri Moyo and Nairobi in general. Another shock awaited me when Fr. Benny left abruptly. I was to be with him for at least two years of orientation. That never happened. Benny left Shauri Moyo mid-July 2014 for his sabbatical.

I was left again in another dilemma. Considering myself new and young I expected someone else to come and fill Fr. Benny’s space. No one came and for the next two years I was there trying things and seeing what worked. At this point I wish to express my appreciation of  the leadership of the Society for constantly checking on me. Encouraging and supporting me – Fr. Folkert Kruis, the then Society Representative, and the local council.

Fr. John Baptist Tumusiime finally joined me in the middle of 2016. For almost two years we worked tirelessly to ensure the seed of faith planted in Shauri Moyo continued to blossom. I appreciate his contribution. He was young, enthusiastic, pastorally oriented and dynamic in his approaches. He adjusted so fast and we had a fulfilling pastoral experience.

Beginning of 2018, another twist awaited. Fr. Philip Adede mhm the Society Representative EA, approached me and acquainted me of upcoming changes. That meant that Fr. John Baptist was to be taken away. That is less than two years after his arrival. Another adjustment in mission. He finally left in April 2018. We welcomed Fr. Victor Nayak mhm to Shauri Moyo from July of the same year. For the last two and half years, we have been working with Fr. Victor. A spiritually charismatic man. Bringing life to the parish in his own ways. Together we have again done our bit in moving the parish forward.

As we came to the end of 2020, year of Covid -19, I was asked by the General Council to take a sabbatical with a possibility of taking up another assignment which I gladly accepted. Not because I wanted to run away from Shauri Moyo, but because of my readiness to embrace change for growth. From January 2021, I took up my sabbatical in Tanzania (ICOF) and this month of March 2021, as I mark my 9th anniversary as perpetual Mill Hill member, I have received an appointment letter from our Superior General Fr. Micheal Corcoran to take up my assignment at Luanda Basic Formation Center in July 2021.

My sincere thanks for all who have journeyed with me this far. My thanks to the Shauri Moyo fraternity who took me in as an infant and now sent me to go as an adult. I will miss them truly.