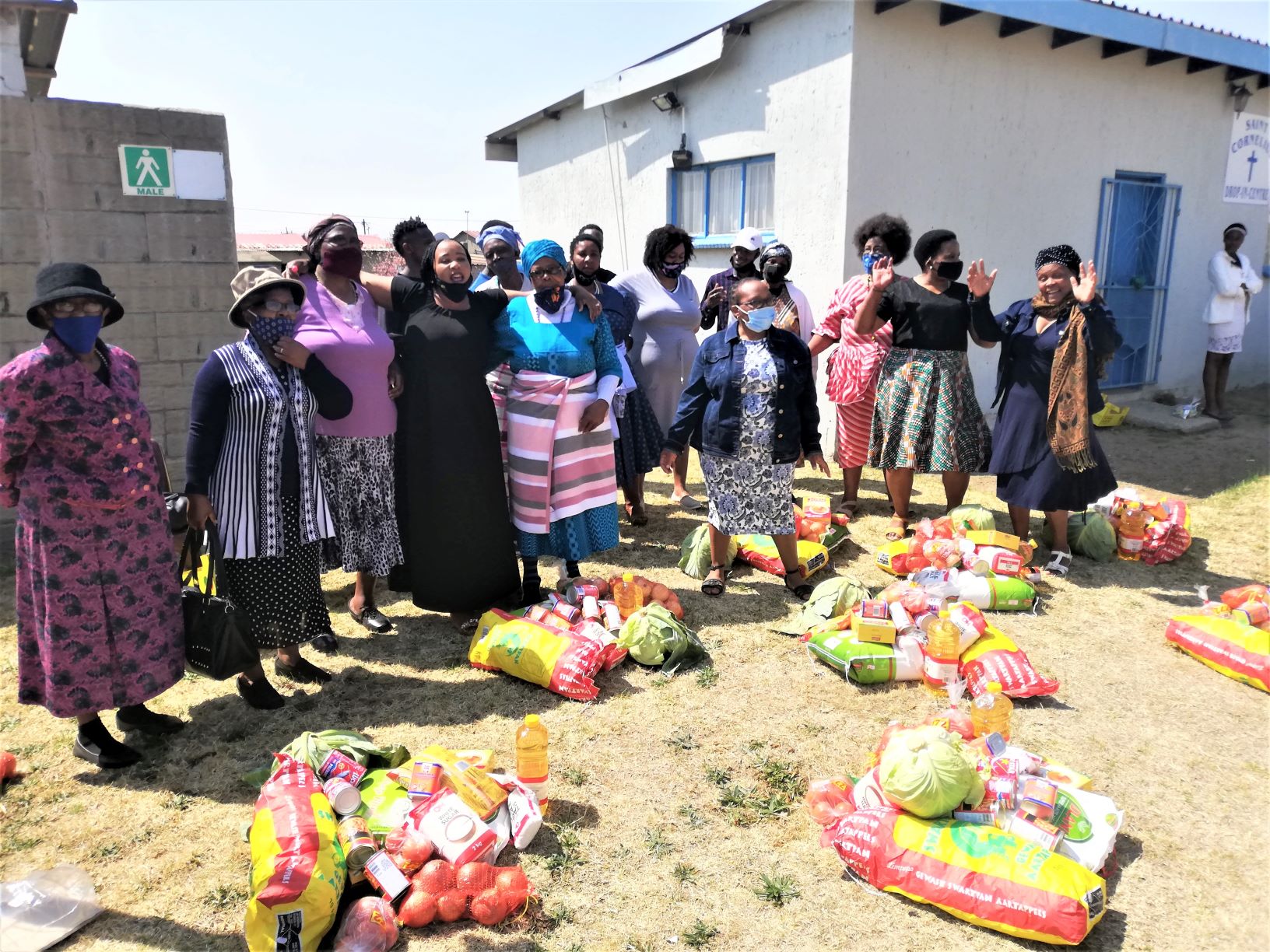 Over the past decade, South Africa has faced a series of governance crises and scandals which have eroded public confidence. The multiracial nation of close to 60 million people has been under periodic strains ranging from corruption scandals to the high rate of Covid-19 infection leading to severe lockdown with a higher impact on the most deprived communities. The imprisonment of the former president Jacob Zuma, over court defiance charges, has brought division to the African National Congress (ANC), the country’s leading political party which has ruled the country since the collapse of the apartheid regime. Three decades after the end of the apartheid regime, the impact continues to linger around. Currently, South Africa suffers from a high rate of poverty and lack of jobs, femicide and violence against women and children, among others. All this has put South Africa on international headlines for the wrong reasons.

The current President Cyril Ramaphosa took office in 2018, after a series of corruption scandals under the administration of his predecessor, Jacob Zuma. Zuma, elected in 2009 resigned under intense pressure in early 2018, shortly after then-Vice President Ramaphosa was, elected to replace Zuma as leader of the ANC. The ANC was devastated, with sharply intensified challenges facing the government. Notable among these are years of anaemic economic growth and corruption scandals linked to Zuma and a network of business and political associates tied to him. Such graft was so systematic that it was dubbed “state capture.” Multiple efforts to address this problem were underway, including a high-profile commission of judicial inquiry. Zuma’s refusal to comply with the law was termed as defiant of the law/contempt. All of this created a faction in the party leading to what is known as the Ramaphosa’s faction and Zuma’s faction.

The peak of it came when Zuma was actually imprisoned. This led to the Zuma camp instigating a chaotic unrest with serious looting that has never been heard of in the history of South Africa. More than 280 malls and shopping centres where vandalized with literarily everything being looted including children being involved in the crime of looting; leading to almost an insurrection as some politicians of the ruling party claim. The terrible violence that caused a shock, which swept the whole country looked well planned; aiming at sabotaging and bringing down to zero the well instituted democratic system of South Africa. The chaos was so severe that many called for the president Ramaphosa to declare a state of emergency; but things didn’t take that direction. Nevertheless, it is certain that the might of the State of South Africa was interrupted and challenged. The disruption was massive. The government couldn’t be proud because their reaction it came too late; had it been in time, things would not have reached the level that that was witnessed – an almost complete state of anarchy. A further outcome of the recent crisis is poverty, lack of jobs and filthiness everywhere. The country is still to recover from the shocked; because the government was ill prepared for the outcome of the 15 months Zuma imprisonment. The whole chaos was termed tribal by the president, because the Zulu’s were seen to be spearheading the riot. Even the lockdown regulation such as no gathering, social distancing, wearing of masks and sanitizing was not adhered to.

It is noted that South Africa has Africa’s largest Covid-19 infection caseload and a rapidly accelerating outbreak, which has devastated the economy and sharply intensified prior challenges facing the government. The impacts of Covid-19 include high deathrates, poverty, social inequality, unemployment, and public service access disparities—problems that disproportionately affect blacks. Unequal access to land is a notably sensitive issue. State land redistribution efforts have aimed to ensure greater access to land by blacks and other historically disadvantaged groups, but progress has been slow and Covid-19 has worsened it. Other key challenges include violent crime, periodic anti-immigrant violence, labour unrest, and protests over public service delivery and corruption. Coronavirus has sharply intensified the already formidable economic and health challenges facing South Africa, which include a high HIV/AIDS prevalence rate.

The current situation has pushed all the Mill Hill Missionaries working in Rustenburg and Kroonstad Diocese in South Africa to adopt a more holistic approach in their missionary work with the goal of meeting parishioners’ spiritual and material needs. In order to succeed with this approach, we have been compelled given our situation to introduce a number of outreach programmes designed to promote humanitarian services within the communities we serve. We understand that being a missionary in our here and now situation requires one to develop a great sense of community and indulge in outreach programmes that allow one to become the “salt and light” of the earth. A missionary with a community outreach, creates a crucial platform for better community building in a holistic way with an effort that considers the life situation of the people, especially the less privileged as is the case of the communities we serve. Together with the community, we have maintained a successful community outreach programme which has contributed to greater mission effectiveness. As a missionary, our work also entails showing compassion to those in need because, “We can’t love in words or speech, but with actions and in truth” (1 John 3:18)

Over the last few years, we the Mill Hill Missionaries working in South Africa, saw the need to set up ways of helping the poor and lessen their burden; by appealing and begging for and collecting food parcels, clothes and other items which we share to those in need, and we ensured that every poor family and member of our communities have something. Our priority is pursuing efforts to reduce unemployment, poverty, and socioeconomic inequality; and unite a socioracial inequality, which is one of our main reasons of moving into South Africa for reconciliation, and lessen a racially divided society. We have still within our limited means remained continuous in our outreach to those in need and to contribute in lessening the racial tension and to heal the division in South Africa. As peace brokers in the communities that we are in, we have also not failed to be a source of support to one another and also constantly checking if each member is doing fine and having enough to get by. Moreover, the local Mill Hill Society’s representative, Rev. Fr. Ephraim Odhiambo has not relented in his effort to see to it that all the members are well cared for and their state of wellbeing is great. There has also been great solidarity and support among Mill Hill members especially those who have suffered great loss of their community members due to Covid-19. As we all commit ourselves in loving service, we are confident that there will be peace and that coronavirus will one day leave us as we place all our hope in God.