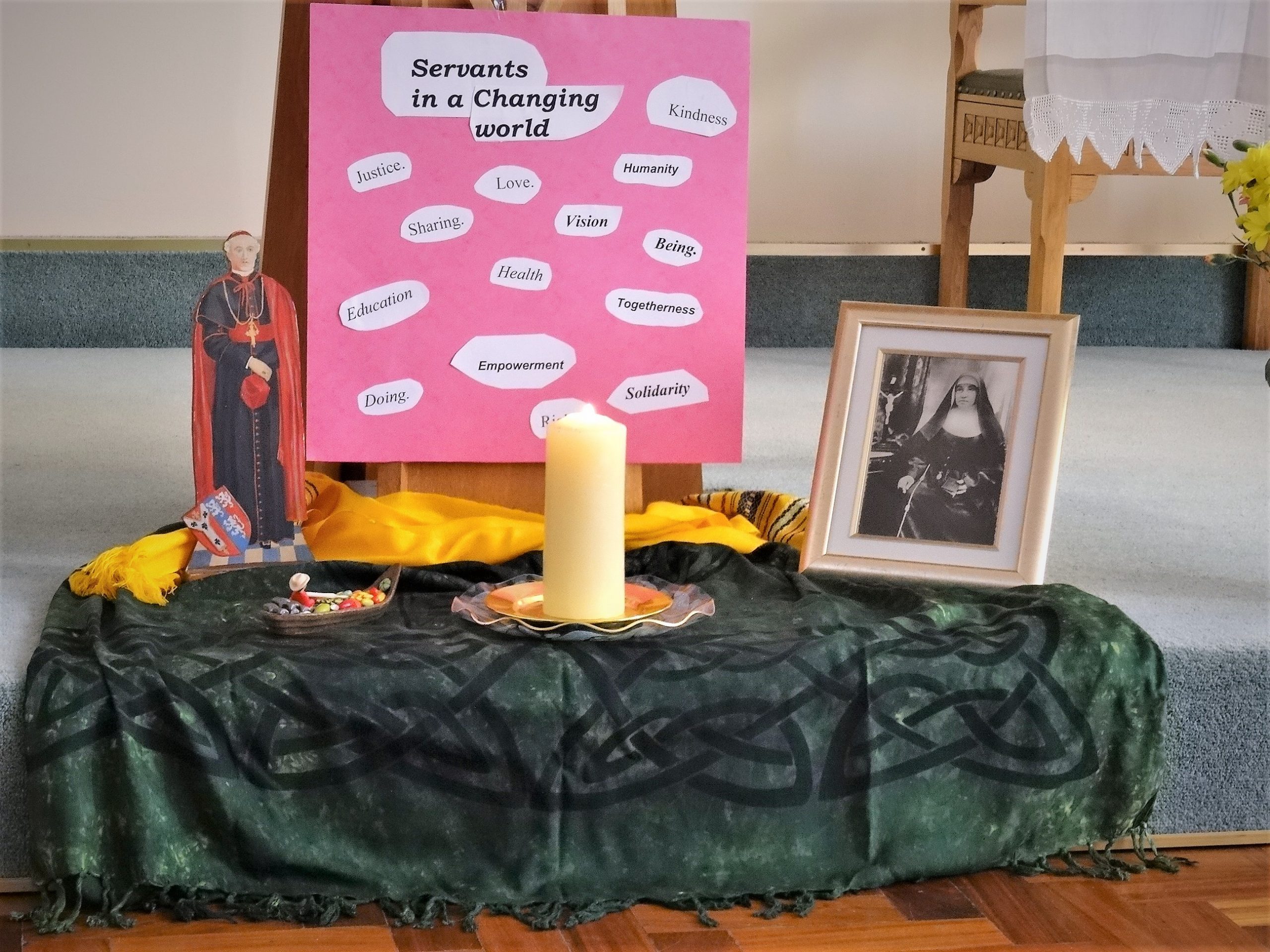 who died at Franciscan Convent, BURNLEY on Tuesday 10th August 2021

Agnes Clough was born on 4th April 1940, the second child of William and Cecilia Clough in Blackburn. She is survived by only two of her seven Sisters, Joan and Veronica. She entered the Congregation on 19th March 1958 and became a novice on 6th January 1959 receiving the name Sister Francine. She made her First Profession on 29th June 1960 and her Perpetual Profession on 8th September 1965, both in Altrincham.

Sister Francine was appointed to our community in Mill Hill London in 1960 and then moved to Didsbury in 1962 where she worked in the nursery.  In 1964 she was sent to do a Child Care Course and this began her ministry with children.  Between 1965 and 1979 she cared for children in Rescue Homes in Didsbury, Franciscourt, Lytham, Mount Carmel, Burnley and Rochdale.  In 1979 while still in the Rochdale community she was appointed to work in the Day Centre in Blackley and continued in this role until the centre closed in 2000.  By this time Francine lived in Didsbury. She then joined the staff of Francis House Hospice to work with the siblings of the sick children until she retired in 2009   After that she volunteered in the Hospice Charity Shop and at weekends on the reception desk at the Hospice.

Francine loved small children and was in her element in child care especially in the Day Centre where she used her great gifts of creativity in story- telling, dressing up for plays and taking the children for picnics in the local parks. Photos of these happy days covered the wall next to her bed in Burnley and she delighted in keeping in touch with families especially a family with children with special needs with whom she was still in contact when she died.

Sr Francine was also an accomplished poet and examples of her work appeared in the Franciscan Missionary Herald. Francine retired to Burnley in 2013 by which time she was unwell physically and also suffering from depression after a number of deaths in her family. She led a peaceful life in Burnley having time for prayer and in her leisure time she enjoyed watching films on the television. In recent months her health deteriorated and she was admitted to hospital but discharged without a firm diagnosis. Despite good attention from the local surgery and the loving care of our staff she continued to deteriorate and died peacefully just before 6am on 10th August 2021.  Funeral arrangements will be announced in due course.