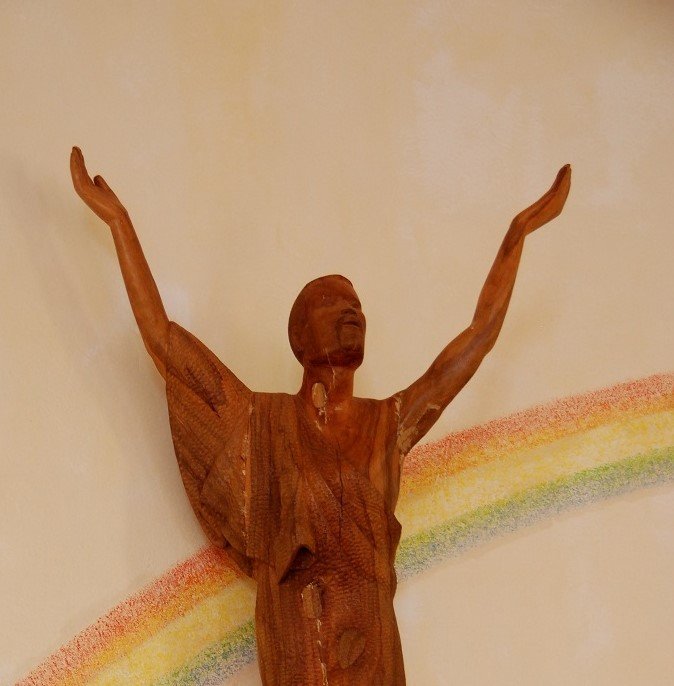 Your prayers requested for the repose of the soul of

who died at Franciscan Convent, Blackburn on 28th May 2021

Isabel Kelly was born on 31st January 1934, the eldest of four daughters  of Winifred and William Kelly in Milngarvie, Dumbarton, Scotland.  She is predeceased by her sisters Molly and Helen and survived by her sister Margaret. On leaving school Isabel studied shorthand and typing and in 1952 she joined the Women’s Royal Navy and spent four years as a Wren on HMS Dauntless.  Before her commission ended  she applied to enter the Congregation and became a postulant on 28th December   1956. She entered the Novitiate on 29th June 1957 receiving the name Stella. She made her First Profession in Altrinham on 6th Jan 1959 and her Perpetual Profession in Seria on 6th January 1959.

Stella taught in Kuching, Seria and Sibu between 1959 and 1973 with breaks for home leave and time in Manila in the Philippines to follow a catechetical course. On return to the UK she began a three year teacher training course in London and then lived for a year in Rochdale while she taught in Oldham before being appointed to Kenya in 1979 where she served in Marigat and Rangala. In 1983 she moved to Ecuador and served in El Guasmo, Colimes and  Quito before returning to the UK in 1997.  She was appointed to Blackburn community and ministered as Chaplain at the Blackburn Royal Hospital for twenty one years. She reverted to her baptismal name of Isabel.

In 1999 Isabel was elected as a General Councillor for six years and in this role visited both Borneo and Kenya. In 1985 she was appointed to the new role of Justice and Peace co-ordinator for the Congregation.  She embraced this role with her usual energy and enthusiasm and developed a particular passion for working against human trafficking. She travelled all over the country and overseas giving talks initially on justice and peace, but finding her to be an entertaining and engaging speaker, people also invited her to talk about her vocation to Religious Life. She raised funds for the Medaille Trust which provides safe houses for women who are trafficked and was a member of numerous justice and peace committees.  In addition she worked hard in the Diocese of Salford and in the Year of Mercy was often to be seen on the Mercy Bus handing out Miraculous Medals and listening to people and encouraging them to return to the practice of their faith.  She wrote and published an amusing life story, poems for every occasion and prayers which she made into leaflets to give her patients in the hospital. She was a woman of integrity, sensitivity and humour.

In 2019 Isabel was diagnosed with bone cancer but continued in her ministries until the pandemic caused her to remain at home where she continued to minister by telephone and ipad and to attend numerous meetings, scripture talks and other events online.  She loved to send funny jokes and stories to all her Sisters and family. Her life of prayer and devotion to Padre Pio sustained her.

At the beginning of May she was told she might only have six months to live and her condition deteriorated rapidly.  She enjoyed a visit from her sister, Margaret, and several family members, and was lovingly cared for by our staff in Blackburn community.  She died peacefully in the morning of 28th May 2021.  Isabel will be greatly missed by so many.   The funeral arrangements will be delayed because of Corona Virus and will be announced in due course.   MAY SHE REST IN PEACE.