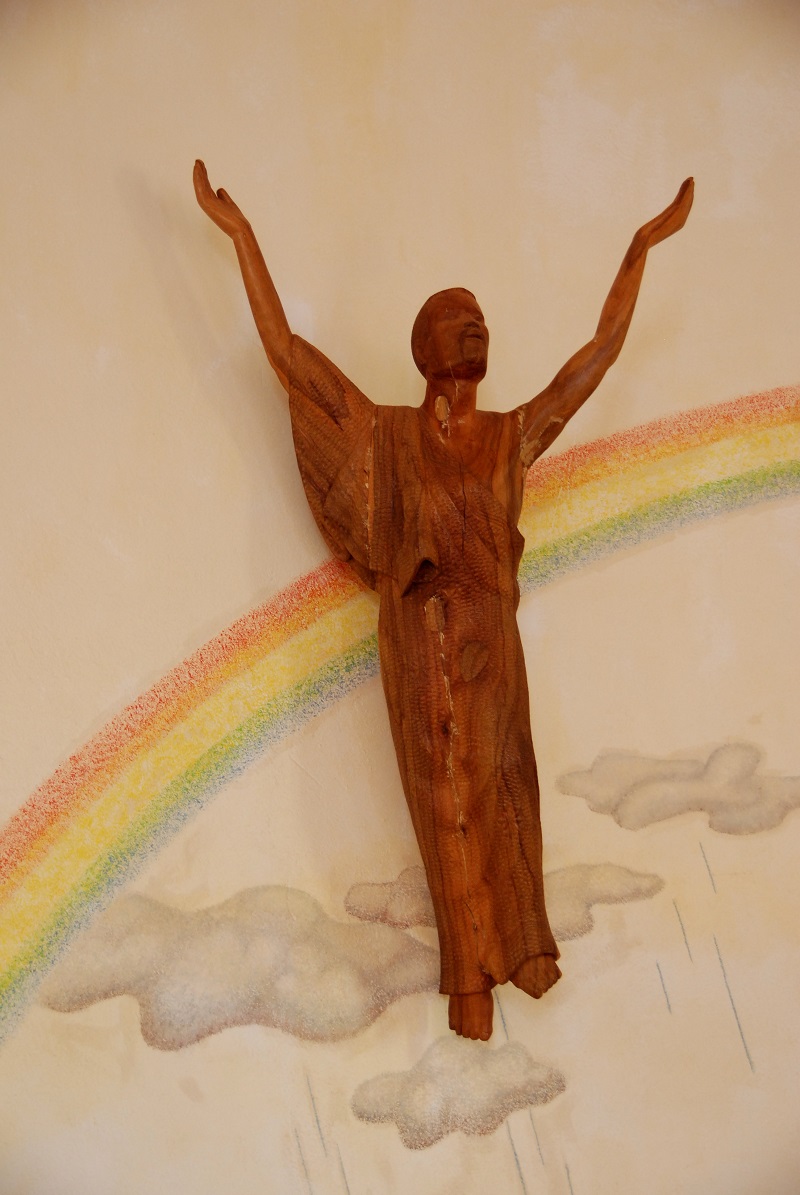 who died at The Coptic Hospital, Nairobi on 10th November 2021

Virginia Maingi was born on 2nd October 1990 in Kaewa, Machakos, Kenya, the youngest child of Daniel and Martha Maingi.  She had three brothers, Julius, Martin and James and three sisters, Caroline, Angeline and Teresiah. Educated at Urithini and Kisaarii primary schools and Kivaa secondary school, she joined the Legion of Mary as a child, had great devotion to Our Lady and was a Sunday school teacher.  She trained at ZETECH College and obtained a Diploma in Hotel Management before she joined the Congregation as a pre novice in Luanda on 23rd September 2013.  She entered the Novitiate in Nairobi on 10th January 2015 and made First Profession on 19th November 2016.

After profession Sister Virginia was appointed as a founding member of our new community in Mpeketoni.  She was involved in the school library and, because of her catering training, she took care of the food store and ordering. In 2019 she was asked to move to Marigat to assist Sister Mary Monari in running Marigat Catholic Mission Health Centre.  Her presence in the community was much appreciated by everyone.  Earlier this year Virginia was again asked to move, this time to Kisumu to work in a project on Strengthening the Capacity of Religious Women in Early child Development.  She loved working with young children and was ideally suited to this ministry

Sister Medrine, her novice director, described Virginia as a jovial person with a beautiful smile. She was honest, welcoming and softly spoken and despite being strong willed she was flexible and easy to relate to.  In every ministry she undertook she was committed and responsible and was a peaceful presence in community.  She loved to serve the community using her catering skills and when it was her turn to cook she used to dress up in her catering outfit to make delicious meals.  She loved celebrations of every kind .

Virginia was close to her family and being the youngest she had become an aunt to many at a young age.  She had thirteen nieces and nephews who brought her much joy.

On 30th October Virginia suffered a stroke and was taken to the Coptic Hospital in Nairobi where she was found to have a clot on the brain which could not be removed and although she appeared to understand everything she lost the ability to speak. The Sisters and her family members took turns at sitting with her whenever the staff allowed this and they assured her of the many others who were praying for her.  Sadly her condition deteriorated and she died peacefully on Wednesday 10th November.  Sisters Mary Monari  and Agnes Gathu were with her and also her brother, Julius and her cousin, Sister Pauline.

The funeral Mass celebrated by Father Joe King MHM  will be held on Wednesday 17th November at St Austin Church in Nairobi followed by burial in St Austin Cemetery.