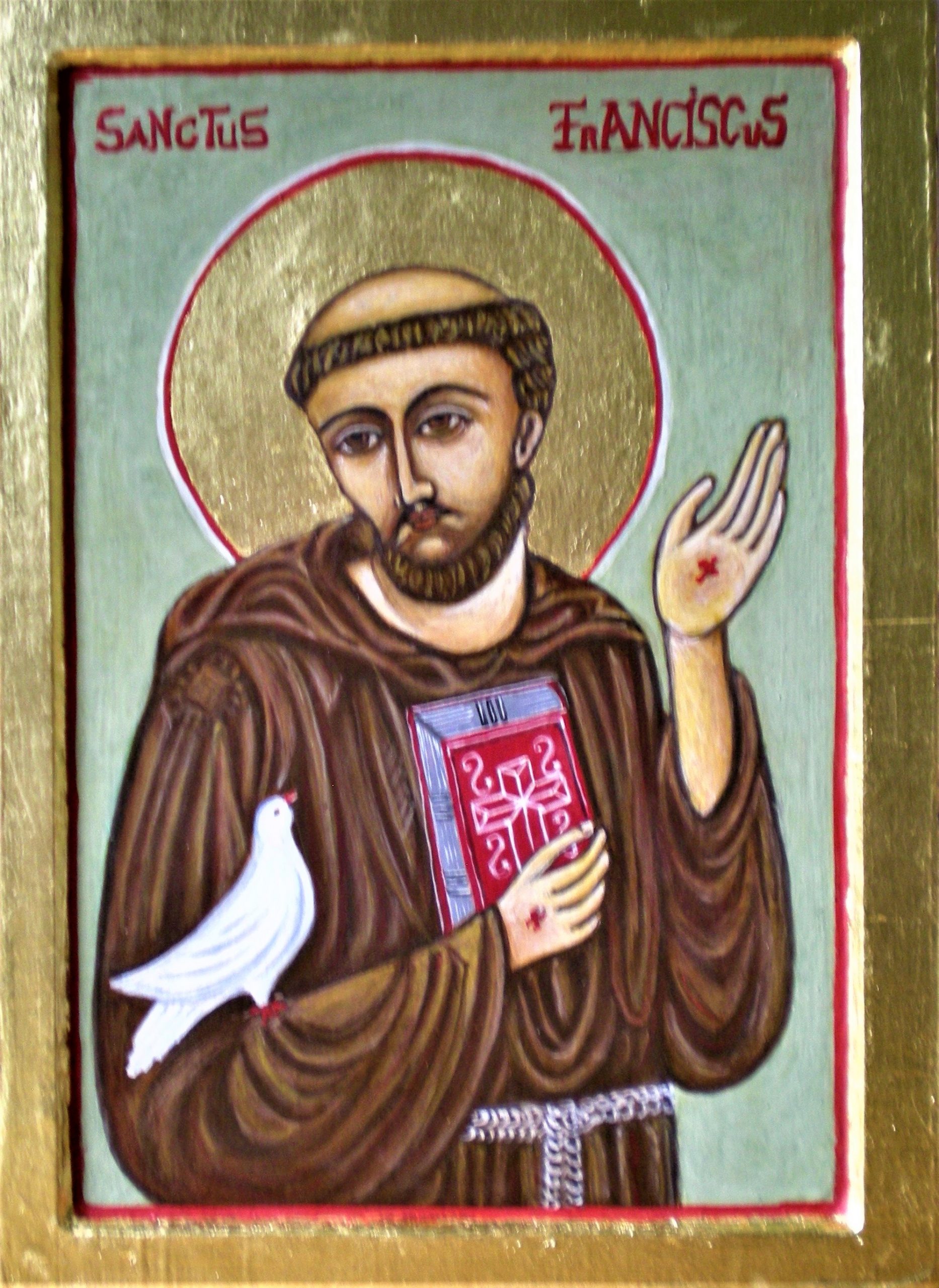 “Sermon to the birds: ‘Esteemed friends, birds of noble lineage, I have no message to you except this: be what you are: be birds. Thus you will be your own sermon to yourselves!’ Reply: ‘Even this is one sermon too many!’”

Francis and the Wolf

Carlo Carretto (1910–1988) was a member of the Little Brothers of Jesus, a community of contemplatives based on the spirituality of St. Francis of Assisi and founded by Charles de Foucauld (1858–1916). Carretto’s life, like that of Francis, was a combination of action and contemplation. In his book, I, Francis, Carretto speaks in Francis’ voice, combining biography with what Francis might say to us today.

Carretto describes Francis’ experience with a hungry old wolf who had been terrifying the people of Gubbio and preying on their livestock. Francis went out to meet the wolf armed only with love. The townspeople were sure the wolf would eat Francis. But Francis simply considered the needs of both the wolf and the community. He discerned that the wolf was too old to hunt wild animals and just needed to eat, while the people needed safety for themselves and their animals. Francis proposed that the wolf be given food each day, and the wolf agreed to leave their sheep and chickens alone. Carretto writes in Francis’ voice:

No, brothers [and sisters], I was not afraid [to meet with the wolf].

Not since I had experienced the fact that my God is the wolf’s God too.

What is extraordinary in the incident of the wolf of Gubbio is not that the wolf grew tame, but that the people of Gubbio grew tame, and that they ran to meet the cold and hungry wolf not with pruning knives and hatchets but with bread and hot porridge.

This is the miracle of love: to discover that all creation is one, flung out into space by a God who is a Father, and that if you present yourself as [God] does, unarmed and peaceably, creation will recognize and meet you with a smile.

This is the principle of nonviolence, and I want to recommend it to you with all the enthusiasm I can command. . . .

If human beings go to war, it is because they fear someone.

Remove the fear, and you re-establish trust, and will have peace.

This is why I, Francis, tell you this once again: Learn to conquer fear, as I did that morning when I went out to meet the wolf with a smile.

By conquering myself, I conquered the wolf. By taming my evil instincts, I tamed those of the wolf. By making an effort to trust the wolf, I found that the wolf trusted me.

My courage had established peace.

You can deduce the rest by yourselves.

Just think what would happen if one day you became nonviolent, and took the huge sums of money you spend on defending yourselves against fear and used them to help the people of whom you are now afraid. . . .

You will know peace then.

Is that too much to hope?

Perhaps someone is listening to me!

To whoever it is, I, Francis say: Be brave!