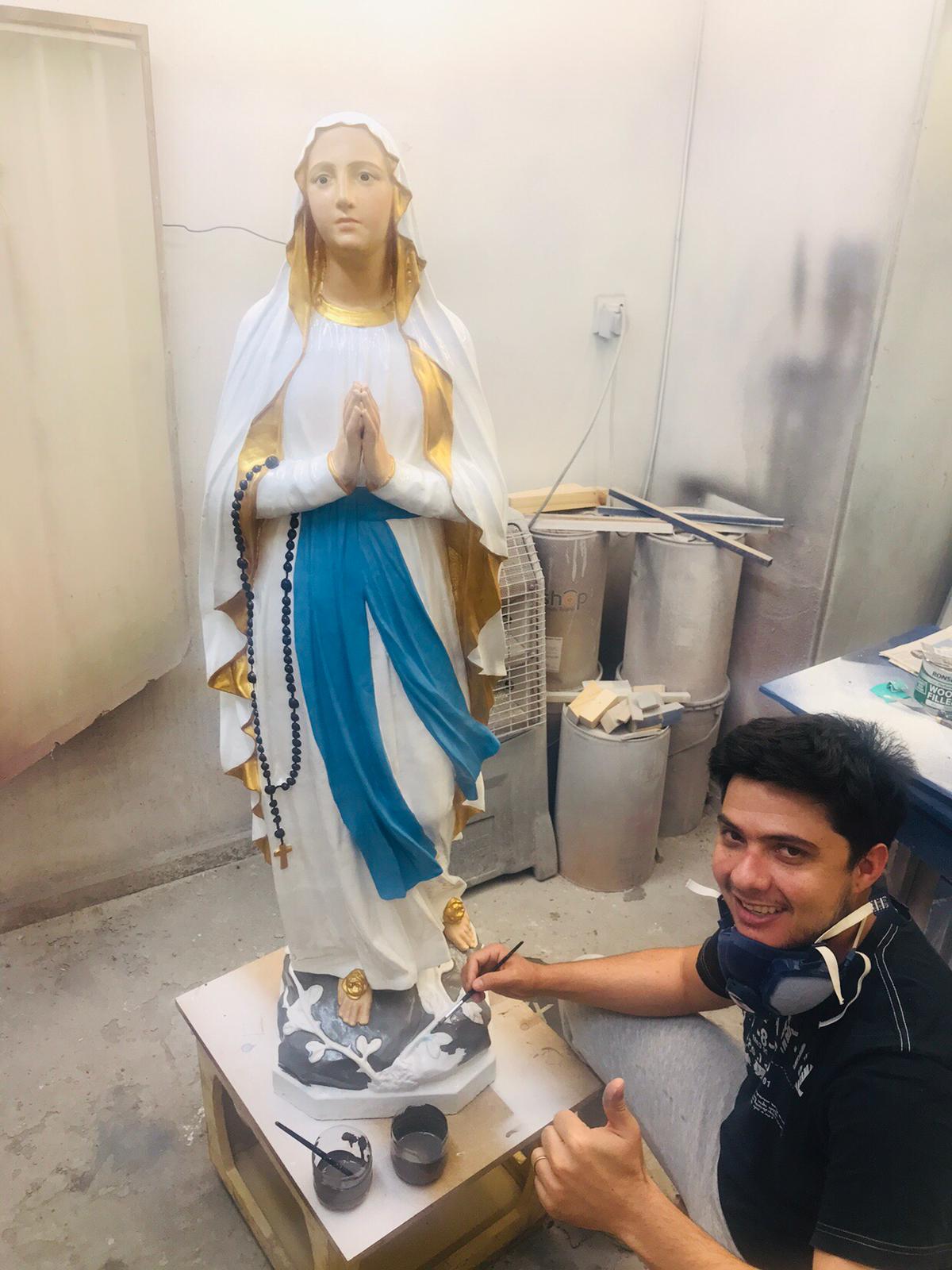 While working as Rector of Herbert House in Liverpool, it was decided by the Society that we would finally sell the plot of land latterly known as the Saint Peter’s Site. Years before, in the 1970’s, the main site had been sold to the Leonard Cheshire Foundation who specialize in the care of the elderly and infirm. Since the 70’s we maintained the old science block that was attached to St. Peter’s College, and the land surrounding it, including our Mill Hill cemetery.Once the decision was made various areas had to be prepared for sale, including the Centenary Grotto. The grotto, similar to the one at Saint Joseph’s College, Mill Hill, London, had been built not only to mark the centenary of our Society, but to encourage devotion to Our Blessed Lady. Sadly, years ago the small statue of Saint Bernadette had disappeared from the Freshfield grotto. However, the statue of Our Lady remained.

On a visit to Herbert House, Mr. Chris Fanning, brother of the late Fr. Jim Fanning, expressed an interest in having the statue. It was his intention to have the statue restored to its former glory. Since Herbert House already had its own grotto and statue, I made no objection to Chris having the statue. As a professional builder and surveyor, I knew that Chris would know someone who could refurbish the well-weathered statue.

Sure enough, not long after he took the statue, Chris informed me that he had found a Brazilian chap who would regard it as an honour to restore the statue. Many, many months later, I have received the news that the statue has now found a new “Home”. Recently it was blessed by Cardinal Vincent Nichols in the small garden attached to Our Lady of Lourdes and Saint Vincent de Paul Parish in Paddington, London.I am delighted that a small part of Saint Peter’s College and the Mill Hill Missionaries’ history now beautifully adorns a tranquil new grotto in west London. I am sure that many a good soul will benefit from the favours Our Blessed Lady will shower upon those will pray and intercede through her.