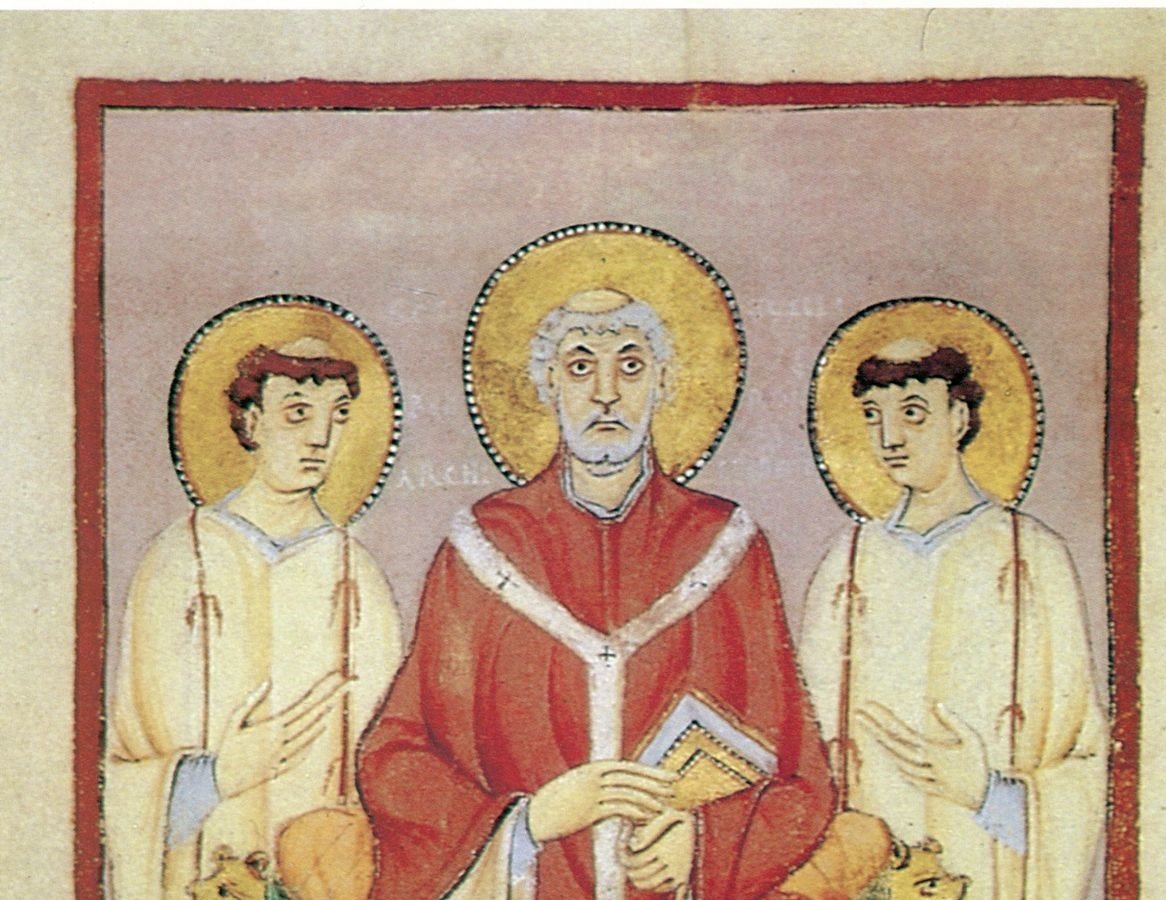 Missionary archbishop. Born in Northumbria in 658, Willibrord studied at Ripon monastery under St Wilfrid and spent twelve years studying in Ireland at the abbey of Rathmelsigi, under Saints Egbert and Wigbert.

After his ordination he set out, in about 690, with a dozen companions for Frisia, or Friesland. These men covered extraordinary distances on foot, by boat and probably horseback in the course of their work. In 693, Willibrord went to Rome to seek papal approval for their mission. Pope Sergius I supported him and on his second visit to Rome he was consecrated archbishop of the Frisians, in 696.

Willibrord was also supported by the Frankish leader; Pepin of Heristal. He founded the monastery of Echternach in Luxembourg, to serve as a centre for the missionaries. They carried on their work in Denmark and Upper Friesland.

St Willibord faced great dangers in his efforts to convert the pagans. In 714, Duke Radbod reclaimed the extensive territories acquired by Pepin, and Willilbrord watched all of the progress he had made be virtually undone. After Radbod’s death, Willibrord started his work over again with help from St Boniface. Willibrord died on retreat at Echternach on this day in 739. He is known as the Apostle of the Frisians and is a patron of the Netherlands.