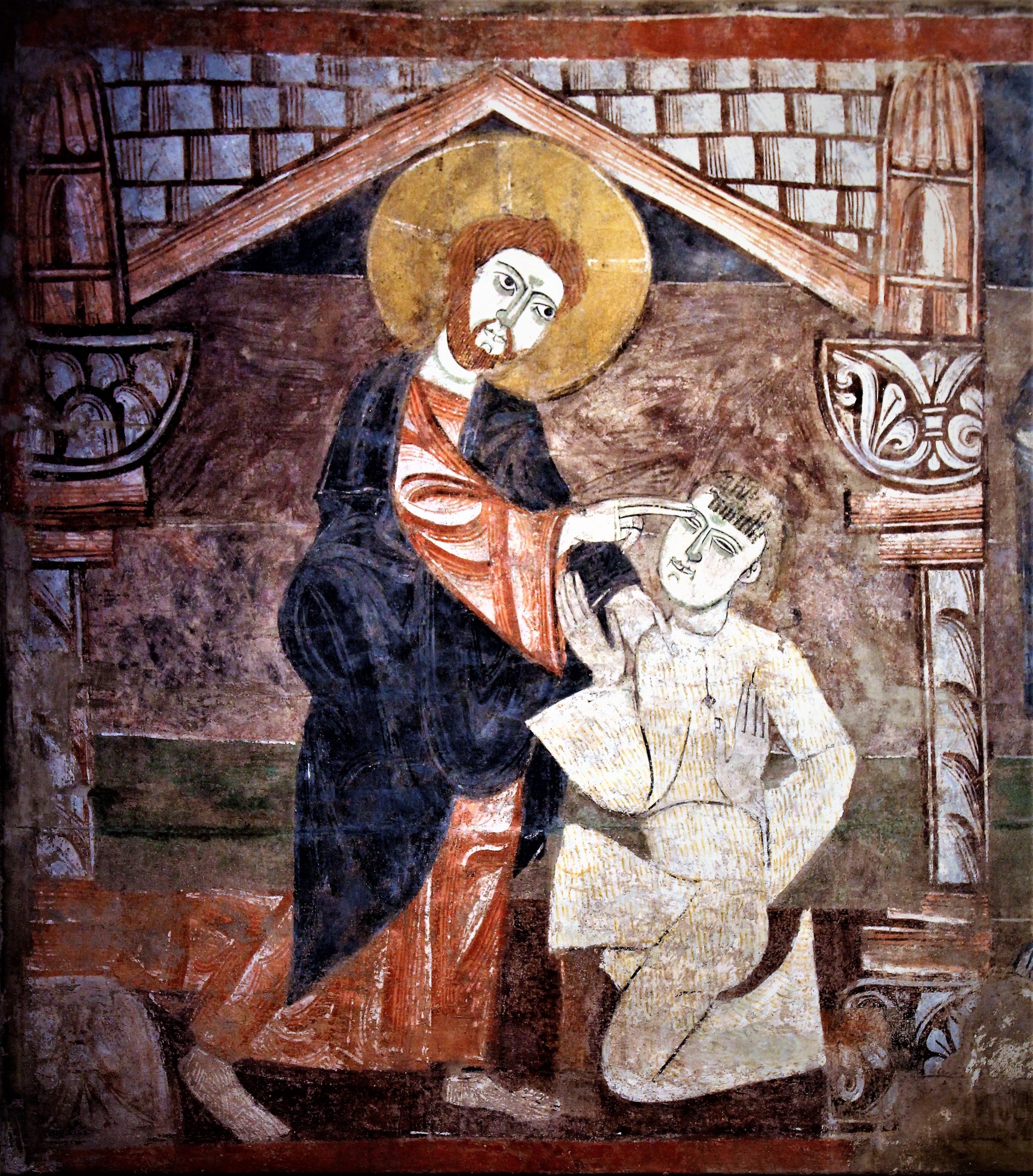 In the Greek text of Mark, it says ‘That I may look up…’ The word ‘looking up’ had been used before by Mark to describe how Jesus blessed the loaves of the first multiplication of bread (6:41), and again when he healed the deafmute man (7:34). The translation used in the Mass gives ‘Let me see again.’ As such it might be a good translation, but I see no reason why Bartimaeus would suggest that he had been able to see in earlier times, and that he wanted to see ‘again’. Therefore I prefer the translation ‘And straightaway he looked up…’ (exactly what he asked), instead of ‘his sight returned’. No, he wants to receive the eyes of Jesus, to see as Jesus sees, after which he can follow Jesus along the road into Jerusalem where Jesus will be welcomed as a king… and rejected as a king. He will need his eyes to be opened if he is to recognize the king in the rejected Jesus.