This parable and its explanation are part of the 13th chapter of Matthew’s Gospel, the so-called ‘discourse of parables’. This is the third of the five discourses Jesus gives in this Gospel. The first time Jesus was sitting on a mountain and preached to his disciples (5:1-2). The second discourse was directed to twelve people to explain how they should behave when they were sent … Read more 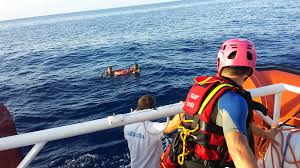 What elevated Lampedusa into iconic status wasn’t just its gripping human drama, but the fact that an electric new pope chose the spot for his first trip outside Rome on July 8, 2013. The visit was just four and a half hours long, but rarely has a mere half-day in the life of a papacy been so replete with both symbolism and substance. Upon his … Read more 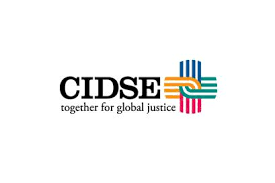 According to the Bishop signatories, big multinational corporations are exploiting their vulnerable workers and, during the pandemic, giving the workers the raw end of the deal that includes cancelling the raw deals at the last minute. “With the outbreak of COVID-19, humanity faces an unprecedented global crisis. In addition to the threat to public health, the economic and social disruption threatens the long-term livelihoods and … Read more

We began by asking: Does a black Jesus matter? Paraphrasing this, we ask again: Does a Dalit Jesus matter? Or a poor Jesus? Does a Jesus matter who asserts the place of women in his life? Yes, it does. This is what incarnation means — Jesus is a wholly Jewish man, with a brown face and skin, a black body, Mongolian features and a Polynesian … Read more

Myth One: The majority of African captives came to what became the United States. Truth: Only a little more than 300,000 captives, or 4-6 percent, came to the United States. The majority of enslaved Africans went to Brazil, followed by the Caribbean. A significant number of enslaved Africans arrived in the American colonies by way of the Caribbean, where they were “seasoned” and mentored into slave life. They spent … Read more

There is another, more costly type of grace that comes with interruption: it forces us to look at things we would often rather not look at, to allow our gaze to linger on what lurks in the shadows. I like the phrase: ‘what the eyes does not see, the heart cannot grieve over’. There is so much we do not see. There is so much … Read more

On the feast of the two Apostles of this City, I would like to share with you two key words: unity and prophecy. Unity. We celebrate together two very different individuals: Peter, a fisherman who spent his days amid boats and nets, and Paul, a learned Pharisee who taught in synagogues. When they went forth on mission, Peter spoke to Jews, and Paul to pagans. And … Read more

I’m a specialist on colonialism and slavery, and what France did to the Haitian people after the Haitian Revolution is a particularly notorious examples of colonial theft. France instituted slavery on the island in the 17th century, but, in the late 18th century, the enslaved population rebelled and eventually declared independence. Yet, somehow, in the 19th century, the thinking went that the former enslavers of the Haitian … Read more 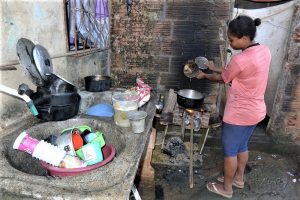 There is abundant evidence from other countries that inequality leads to worse outcomes and that strong leadership implementing clear policies works best. Brazil has failed on both counts. The coronavirus has taken advantage of Brazil’s preexisting fractures and inequalities, corroding an already afflicted society. Here, I take a look at how we’ve reached this point. Source: The Conversation Read more

© 2019 St Joseph's Missionary Society | Developed by Perchpole Media
Menu
Do NOT follow this link or you will be banned from the site!