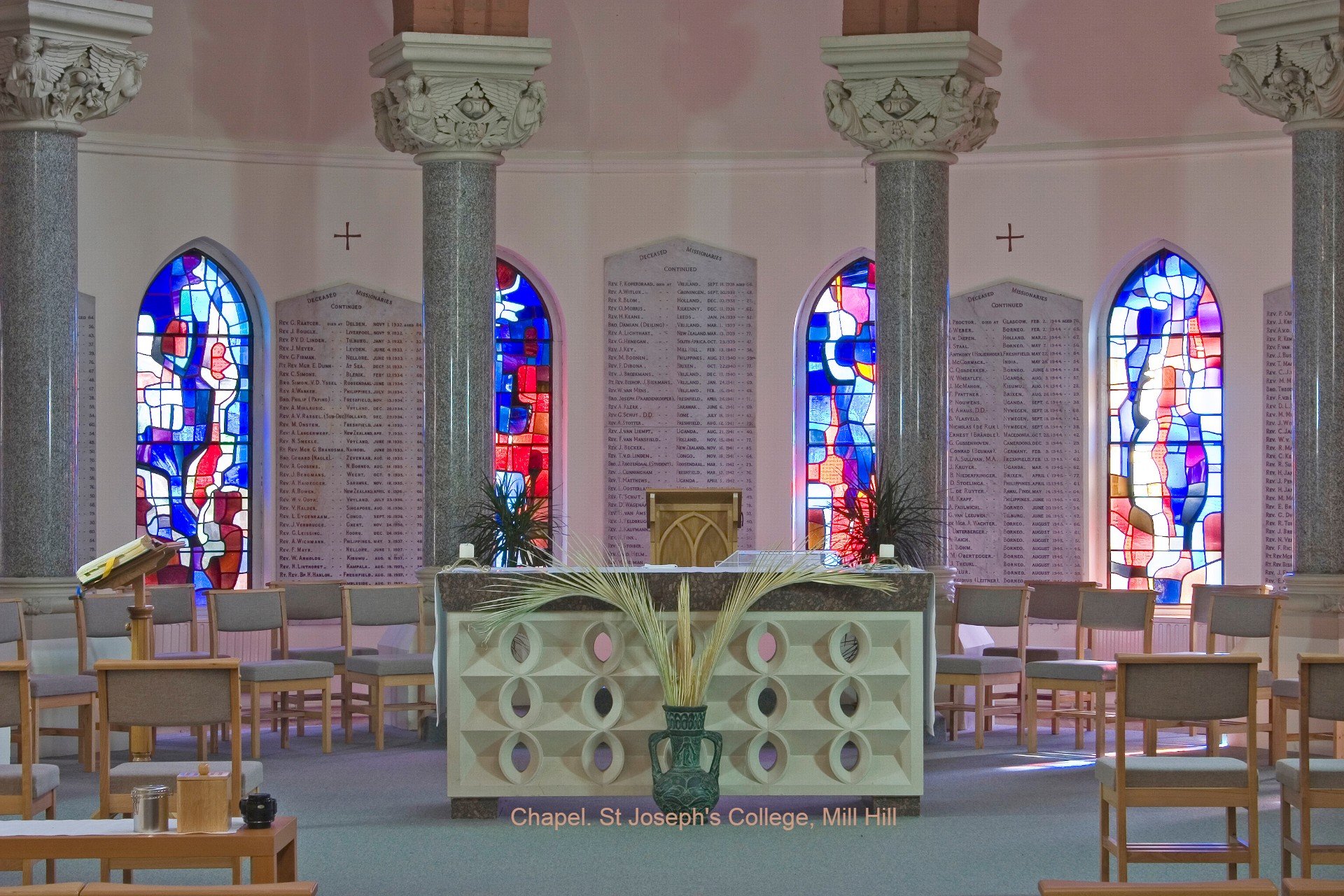 Recently, for some reason, I recalled a strange daily ritual that took place in the morning in the Chapel of St Joseph’s College in Mill Hill. (I was a student there from 1955 to 1959.) What was going on? At that time there were about 120 students of theology in Mill Hill, and each day began with the Society Morning Prayers, followed by 30 minutes of meditation. Then, before Mass, the student infirmarian proceeded down the middle aisle carrying aloft a large copper cylinder with an attached pump which he switched-on – and we were all bathed in a fine spray – one side of the aisle, then the other. What was going on?

I don’t remember how long this ritual continued. Was it only for a short time?

However, I then read an article in the Sunday Observer about the great pandemic of 1957. I’d forgotten completely about this; it didn’t seem to have bothered us much – though the daily ‘spraying’ must have been to keep the pandemic at bay in the College community.

The pandemic, of a new strain of flu, had started in China the previous winter. During the first half of 1957 it moved steadily westwards, killing hundreds of thousands of people. In June the first cases appeared in Britain. The Prime Minister of the day was Harold Macmillan. The previous year had seen Britain’s disastrous military intervention at Suez; this marked the decline of Britain as a world power. Nonetheless, about this time Macmillan made a famous speech in which he claimed famously that “Britons had never had it so good.” In reality the economy was quite fragile. The Health Secretary of the day repeatedly refused to make a public statement alerting people to the danger threatening the nation. He argued that the flu was not spreading in the country. The PM asked another Health Minister for his view. He said it was likely that eventually 20% of the population would be affected, but insisted the virus was mainly a public relations problem. “This is a heaven-sent topic for the press during the ‘silly season’. [Newspapers were often said to be filled with trivial stories in the summer months when there was no ‘real’ news.] The government advised people with the flu to stay at home, but otherwise little or no action was taken to address the problem. The outbreak continued into the winter and may have killed more than 30,000 Britons. (Covid-19 achieved that landmark yesterday, May 6th.)

A leading public health expert in 1957 wrote to a colleague, “Although we have had [over] 30 years to prepare for what should be done in the event of an influenza pandemic [since the Spanish flu epidemic of 1918] – we have been rushing around trying to Improvise. We can only hope that…at the end it may be possible to construct an adequate explanation of what happened.”

In reality, once the pandemic receded, people forgot all about it… Will the same happen again after the current pandemic? There are so many lessons to be learned – about the values that matter most, about fairness of opportunity, about respect for the people in vital but humble jobs, about the meaning of ‘the common good’.