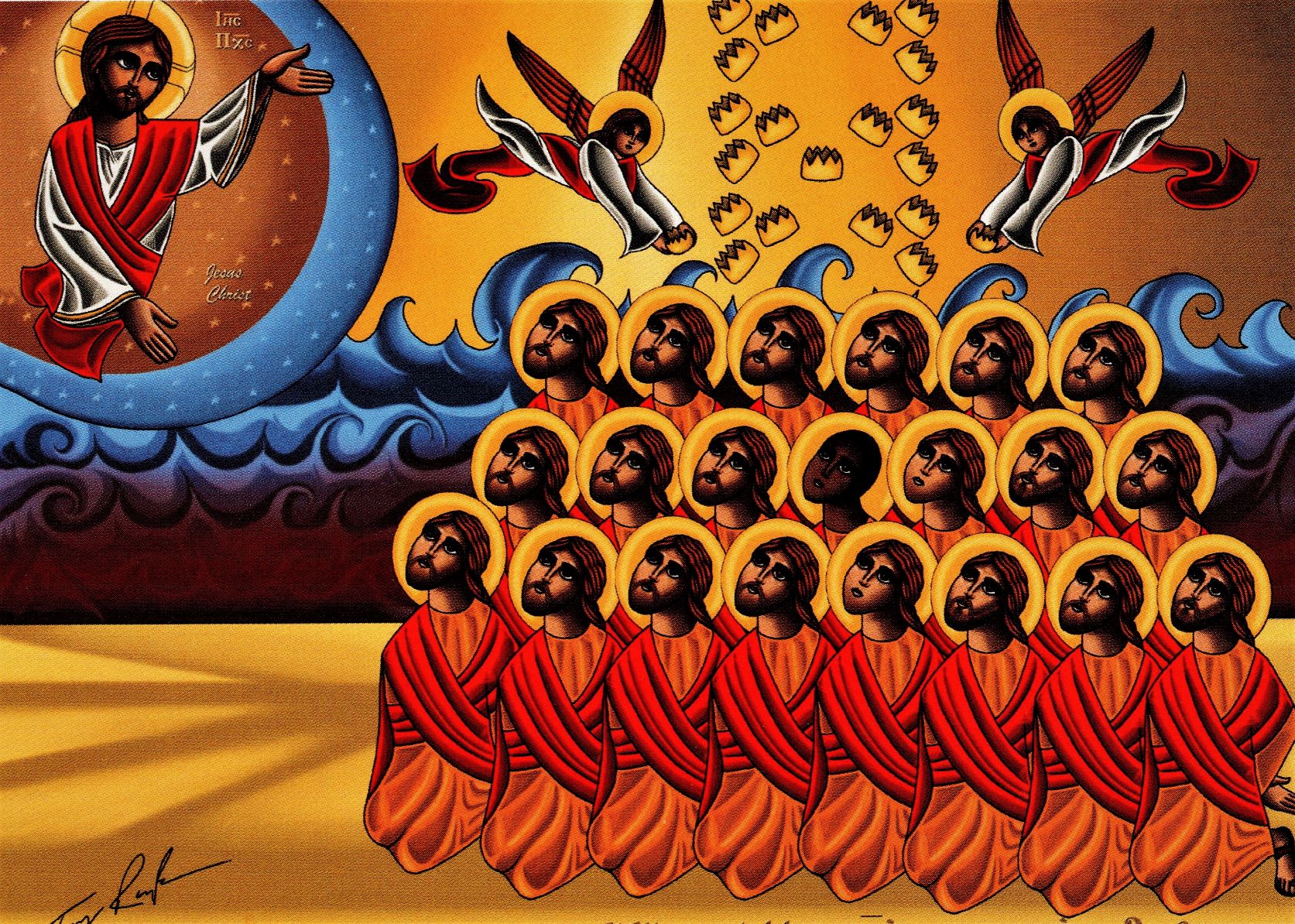 Saint Augustine speculated that in heaven the glorified bodies of the martyrs might bear some traces of their sufferings. ‘Such scars will not be blemishes’ he wrote, ‘but, rather, marks of honour. Although corporeal they will shine out with a truly spiritual beauty.[1]’  This speculation reminds us of something important about the wounds on the body of the risen Christ.  The marks of his suffering do not detract from his glory but, instead, are part of it.   He showed them his hands and his feet [2].  The traces of the nails and the spear have their own splendour.  Look at my hands and feet. Yes it is I indeed [3].

The wounds of Christ shine out not only to dazzle scepticism but to illuminate faith.  In the resurrection is the defeat of sin and death but not the abolition of suffering. Unless I can see the holes that the nails made…I refuse to believe [4].  Jesus rises bearing traces of his passion.  He is the wounded saviour of the many who suffer still.  A world in the grip of disease prays to a Lord who is scarred.   On the cross, he struggled to breathe.  Now he brings realistic comfort to his suffering brothers and sisters.  In Jesus’ active compassion there is both the glory of the resurrection and the solidarity of one who died in agony.  He brings hope to the grievously afflicted without concealing the evidence of his own pain.