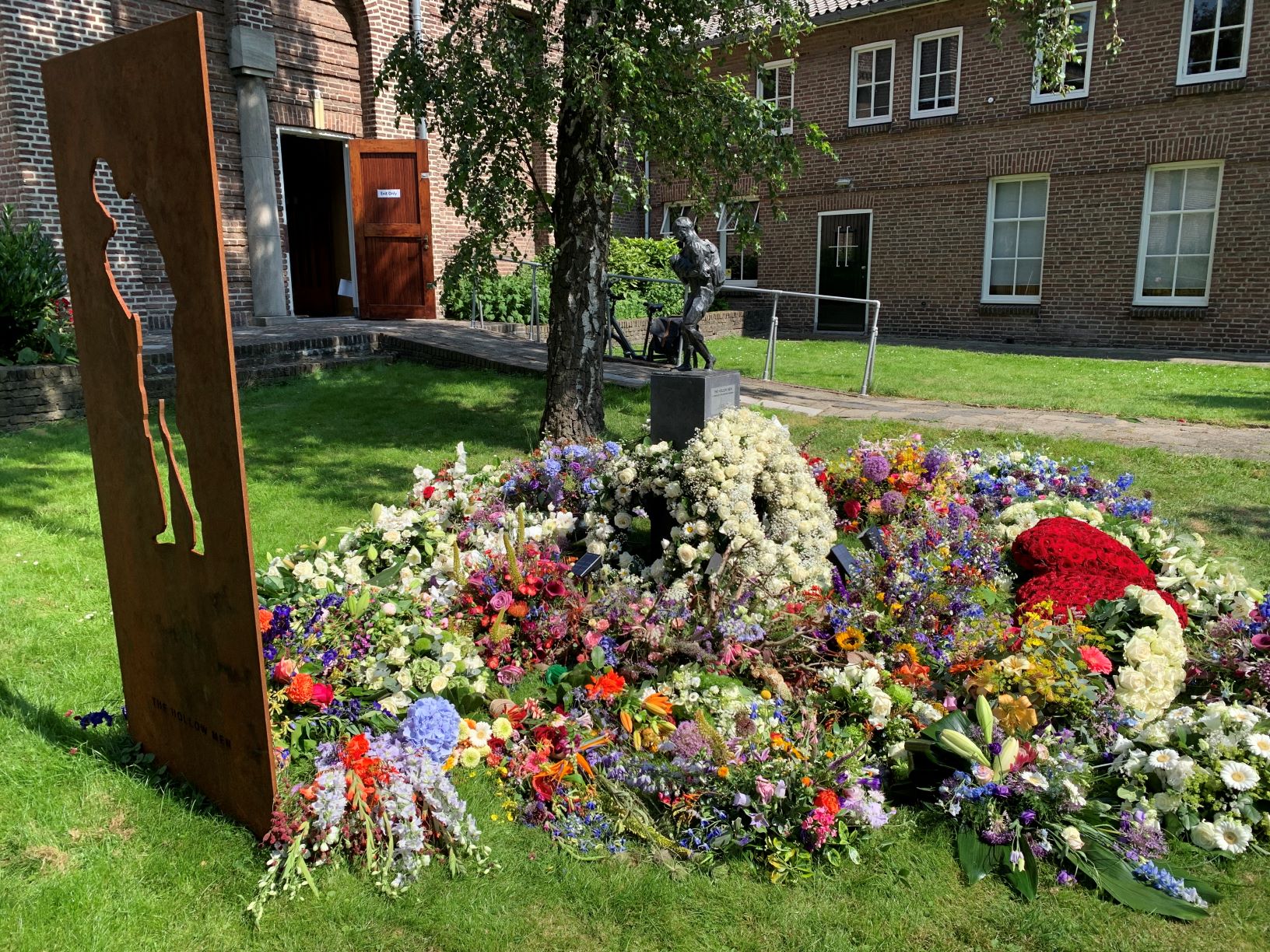 ‘At the request of his family, the flowers from the funeral of Peter R de Vries have been placed in the garden of the Our Saviour church in The Hague around the monument to the fallen refugees’. (Sjaak de Boer MHM)

Peter R de Vries was perhaps best known for his work on cold cases – ensuring that several high profile murder cases were finally resolved years after the facts. But he also fought for the rights of refugees and was a staunch critic of racism and the politics of the far right.

He was shot in the head at close range on July 6, just after leaving a TV studio at 19h30. Two men have been arrested for the murder and have been remanded in custody.

Thousands queued on July 21 outside the Carré theatre in Amsterdam to pay their respects.