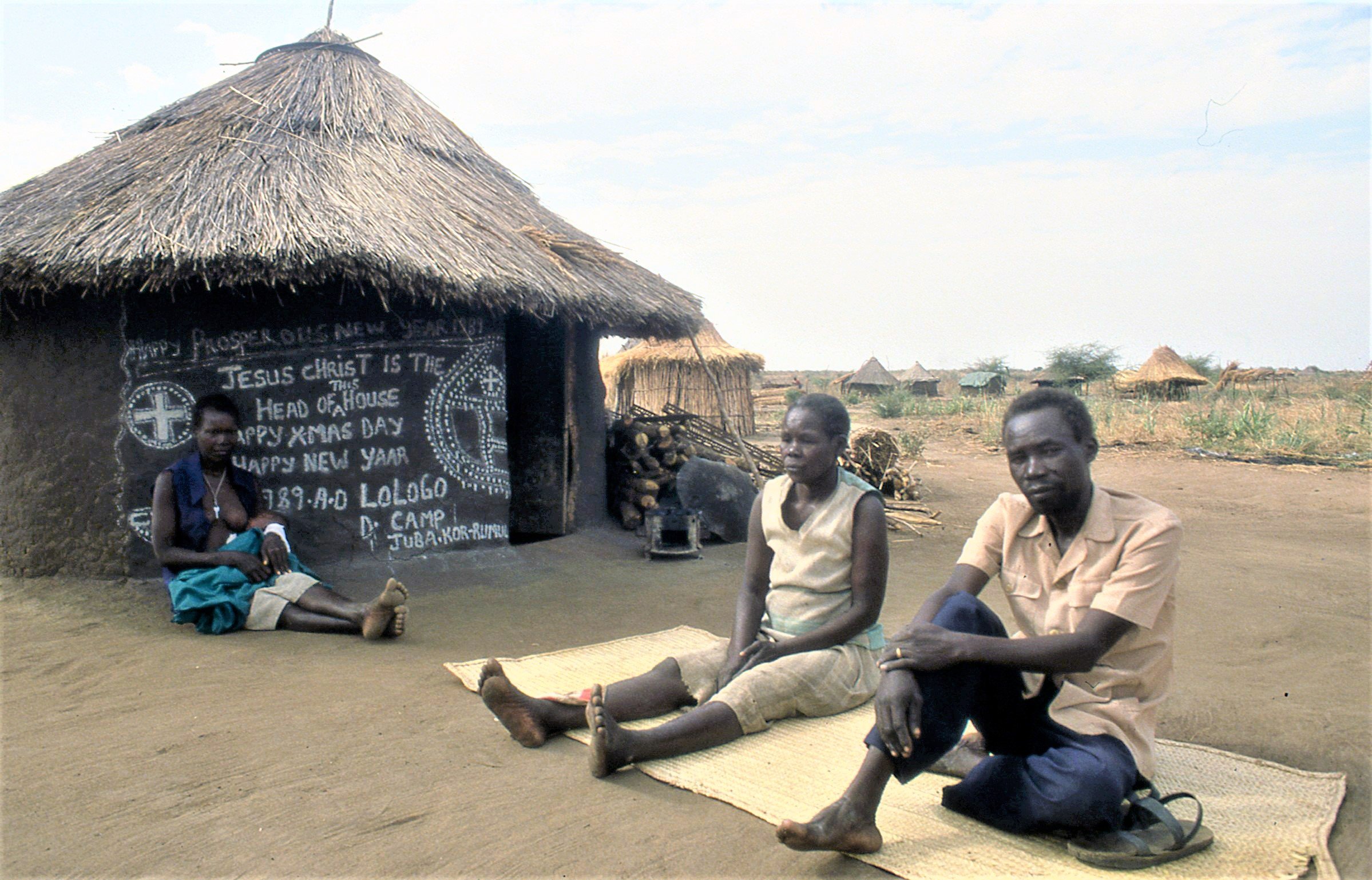 The far side of hell

Alfons, seemingly unperturbable, puts me on a solid African track. He helps me explore South Sudan. The tragedy of the country and of the people. I have ended up in a war zone. It is 1985. Thousands of victims later, in 2011 only, South Sudan will become an independent country .

South Sudan, wonderful country, cruel nature, scorched savannah. And above that hovers the fog of death. There also, a Dutch Mill Hill missionary, who tries to find his way, to bring light and enlightenment. 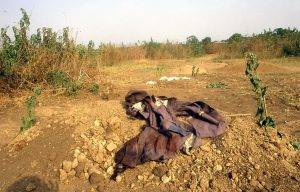 The first victim I see in a cemetery: a pile of freshly stacked stones and some blood stained rags. “The stonemason,” Alfons says, “he went looking for firewood yesterday and stepped on a mine.” Senseless death.

We walk through Juba, the capital, here and there an Arab in a white robe napping under a canopy . The city is in the hands of the government army, directed from the Arab oriented capital of Khartoum. The city is besieged by rebels of the SPLA , recruited from the southern black, mostly Christian population.

South Sudan was then – and still is – a bizarre, absurd world. Even with an overdose of imagination you can’t imagine what it is like, if you haven’t been there.

I get to know Dutch people who live there: the representative of the UNHCR who picks up his violin and plays Vivaldi’s Four Seasons, when the rebels pummel the city again with grenades. There’s the ‘pit builder ‘ who last heard something rustle before he went to bed and fished a snake from under his bed. I ask him where he builds wells. “On the east side of the Nile, they put mines around it”.

Sometimes at dinner, my fork remains suspended half way in the air when a brief  “tack-tack” sounds. Shooting. Alfons does not choke, he shrugs: “Drunken soldiers …”

I have landed up in a civil war, “The worst disaster for Africa since the arrival of the colonial masters.”

Culture shock, quite so. A crash course in relativizing your own culture. And that is a bonus, not only for the missionary, but also for a journalist.

“Come,” Alfons invites a little later, “we are also going to grab a beer ..”

In the pitch dark we end up under a thatched roof, silhouettes and buzz. Guinness plonked on the table. Suddenly I feel something stroking my legs. A dog? I feel with my hand under the table, no … it’s bigger … Alfons: “There is someone, a beggar, a leper … never mind. I’ll show you their camp tomorrow. ”

The next morning. During breakfast I hear the screen door open in the hall. I see no one. No wonder. I look straight over ‘it’. A man has slid inside, on his rear. Dressed in rags, he only has stumps for legs. There is a bag between the screen door and the front door. The cripple knows what he is looking for: the flour in the bag .  Alfons sees my surprise: “You should come and have a look on Sunday, there’s a whole parade …” He means a parade of shuffling lepers.

“Come, we’re going to the place where they live.”

We walk past Dinka herdsmen who watch over their herds of horned cattle in the city. The camp? Can it be called that? Living beings, people, semi-devoured people live there. Literally, devoured by leprosy. Adults and children, finger stumps, no more feet, without a nose. Their houses: a collection of rags on sticks, best compared to used sackcloth from the coal monger’s of old. And among the rags, the white of suppliant eyes in the dark, a hand with just a thumb, begging. “This is it,” Alfons remarks, “I have been a little concerned about the fate of these people. Nobody cares. He shakes hands with some or greets them, shaking an arm.

I look around. Are these the Middle Ages? I think of Dante and his description of the Inferno. Is this the far side of hell? 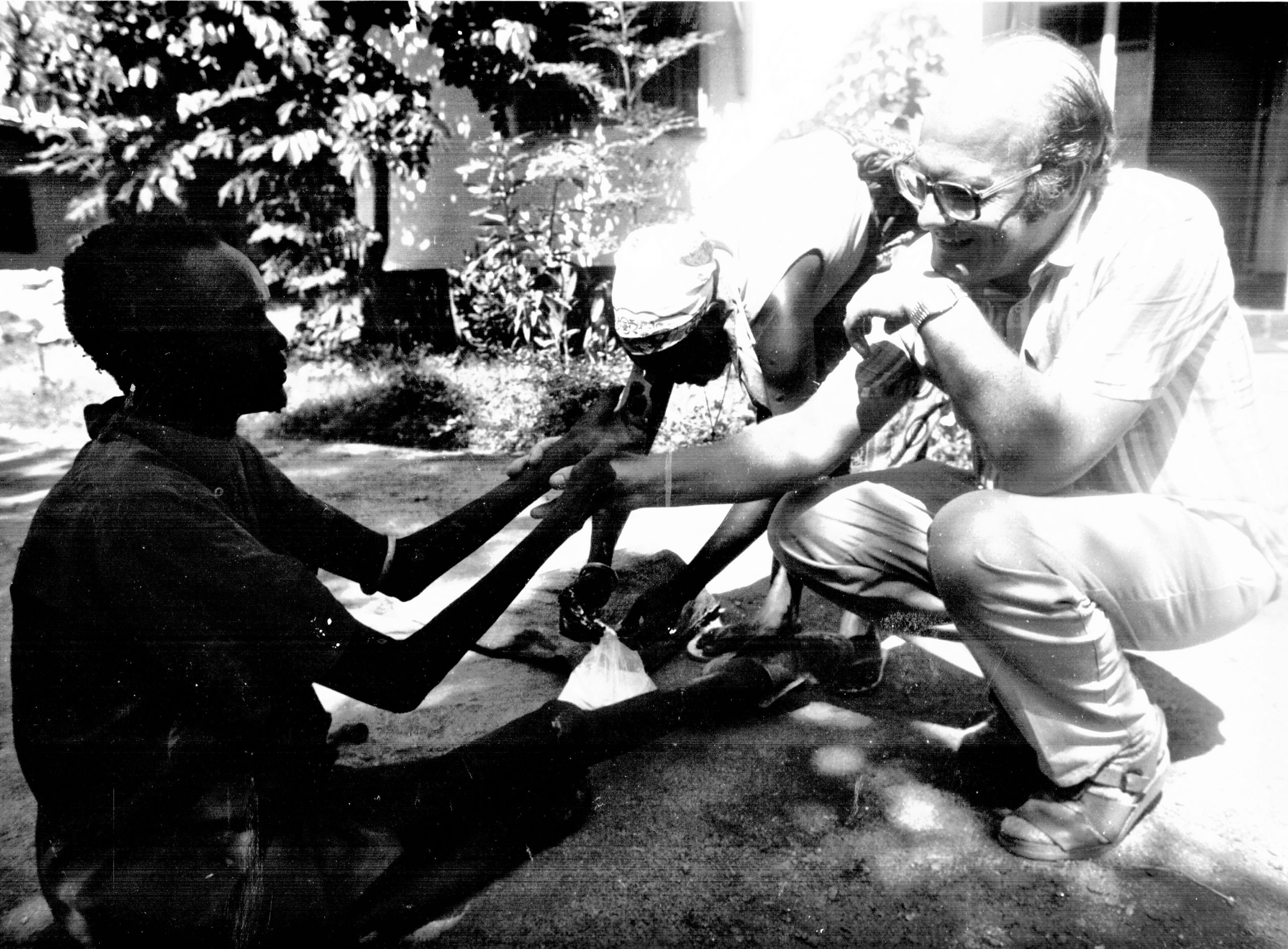